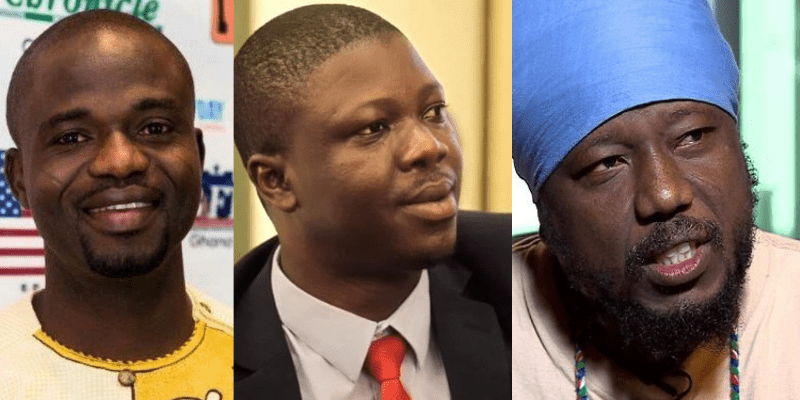 The Media Foundation for West Africa (MFWA) is deeply concerned about continuing threats targeted at critical journalists in Ghana in the aftermath of the general elections and urges the police to intensify investigations into the incidents and arrest the perpetrators to face the law.

Over the past two weeks, three journalists in Accra have been separately threatened because of their work, mostly by unknown individuals, continuing a worrying trend that has emerged since Ghanaians went to the polls on December 7, 2020, to elect a President and new legislators.

In the latest incident, an unknown individual stormed the premises of Zylofon FM on January 5, 2021, in search of radio broadcaster and musician, Blakk Rasta, who was then on-air presenting his late afternoon show. A statement issued on January 6, 2021, by the Management of Zylofon Media, operators of Zylofon FM, said the unknown man invaded the premises of the radio station at about 4:00 pm after breaching security protocols.

“This man went to the station’s server room, succeeding in disconnecting some of our cables, therefore, shutting down transmission before threatening the life of the host of the Taxi Driver Show, Blakk Rasta, known in private life as Abubakar Ahmed,” the statement read.

It continued: “It was unclear what the real motive of this assailant was but he engaged security details at the premises in a scuffle and sprayed a strange content into their eyes while baying for the blood of Blakk Rasta as he struggled to break into the studio during the live transmission of the Black Pot segment on the Taxi Driver Show”.

The management of the radio station revealed that it took the intervention of the East Legon District Police team to overpower and arrest.

The attack on Zylofon FM and the threat against its star presenter came seven days after Abdul Hayi Moomen, a journalist with the state broadcaster, GTV, filed a complaint with the police that he had been threatened by some unidentified individuals.

Moomen announced the December 28, 2020 incident on Facebook with a picture of the assailants, saying “I have lodged an official complaint to the Nima police. But should anything happen to me or any member of my family, please help them to track the guy in black (it’s the best shot I could get of him under the circumstances). He and his friends have threatened to deal with me. They say they know where I live and that, that job will be easy.”

Another journalist, Manasseh Azure Awuni, disclosed that he had received a death threat on Christmas day over an article he wrote about the disputed outcome of the December 7 general elections in Ghana.

Speaking on Newsfile, a weekend socio-political programme aired by Accra-based Joy FM on December 26, 2020, Manasseh, a freelance investigative journalist, revealed that the threat was emailed to him.

“Let me tell you Manasseh or whatever you call yourself, we the good citizens of Ghana will not sit down for a few miscreants like you to destroy that beautiful country. If condition demands that we eliminate rats like you, we will not relent on our oars to do exactly that,” the unknown individual warned.

In what is a deliberate psychological assault, the mail referred to the murder of investigative journalist Ahmed Suale, cynically warning Manasseh to take a lesson from that incident which occurred in Accra on January 16, 2019.

“But don’t forget Ahmed Suale’s death, let that blood which was sacrificed to pacify the spirit of our ancestors serve as a reminder for you. Always when you take a pen and write an article remember your colleagues’ death…”

These threats come on the heels of similar threats made against journalists of the private media organization the Multimedia Group by disgruntled individuals on social media. The threats, which were targeted at journalists Evans Mensah, Winston Amoah, Philip Osei-Bonsu, Gifty Andoh-Appiah, Israel Laryea, compelled the management of the Multimedia Group to petition the Director-General of the Criminal Investigations Division (CID) of the Police. The petition dated December 14, 2020, urged the Police to investigate the threats and arrest the perpetrators.

The MFWA considers these threats as an attack on press freedom and freedom of expression generally, which are key elements of democracy. They demonstrate a high level of intolerance for press freedom and constitute an attempt to silence critical journalism. We, therefore, urge the police to continue to provide protection for the targeted journalists and to unmask the persons behind these cowardly acts to face the law.