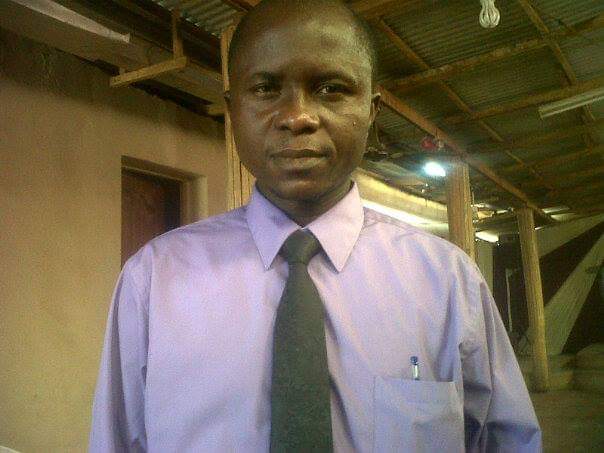 The police in Lagos have detained Dipo Awojobi, editor of First Weekly Magazine, an entertainment tabloid publication in Lagos, after a ruling party politician lodged a defamation complaint against the journalist.

The PREMIUM TIMES newspaper reported the journalist’s wife, Omolara Awojibi, as saying that the officers lured her to the police station in the afternoon of November 8, 2019 and detained her until she called for her husband to come to the station, whereupon she was released while her journalist husband was detained.

“As soon as Mr Awojobi arrived, he was told a petition from Mr Aderinokun had been pending against him and was subsequently arrested,” the journalist’s wife said.

The complainant, Olumide Aderinokun, is a leading member of the ruling People’s Democratic Party in Ogun State, and the party’s losing Senate candidate during Nigeria’s recent elections. The First Weekly had reported in an investigative article published on September 1, 2019, that the politician had been under police investigation for fraud.

Awojobi was said to have been moved from Lagos to Abuja after he spent the night of November 8 in police cells at Area ‘F’ Command Headquarters in Ikeja.

“You would expect that the police will know by now that it is unethical and illegal to arrest a journalist over a civil issue that defamation is known to be across the world,” Malik Ibitoye, a journalist and former colleague of Awojobi’s, lamented.

Awojobi’s detention adds to a growing list of arbitrary arrests and detentions of journalists by the police in Nigeria.

On October 29, 2019, some plain-clothed police officers from Kwara State stormed the Abuja residence of Gidado Yushau, editor of online-based news platform, NewsDigest, and whisked him away to the Wuye District Police Station in Abuja.

Yushau’s arrest came five days after some police officers in Lagos State arrested and detained Adebowale Adekoya, the webmaster of the NewsDigest.

On September 16, 2019 journalist Mary Ekere, who reports for The Post newspaper in Uyo, capital of Akwa Ibom State, was arrested for taking pictures of an operation by an Environmental and Waste Management Agency set up by the Government of the State. She was put before court on September 17 and returned to prison for a second night on charges that are still not clear.

On September 24, 2019, two journalists who were covering a bloody crackdown on protesters in Uyo, Akwa Ibom State, were arrested and tortured. Okodi Okodi and Owoidoho Udofia, who work with a private local radio station, Inspiration FM, were accosted by the police and taken to the police station.

The MFWA calls for the immediate release of Awojobi and an inquiry into the highly unprofessional manner of his arrest in order to bring to book the errant police officers involved.

In the light of the growing incidence of arbitrary arrests and detentions as highlighted above, we urge the authorities in Nigeria to call on the country’s security agencies to desist from the casual harassment of journalists.