One Year After Jammeh: Is Adama Barrow’s Government Keeping its Promises? 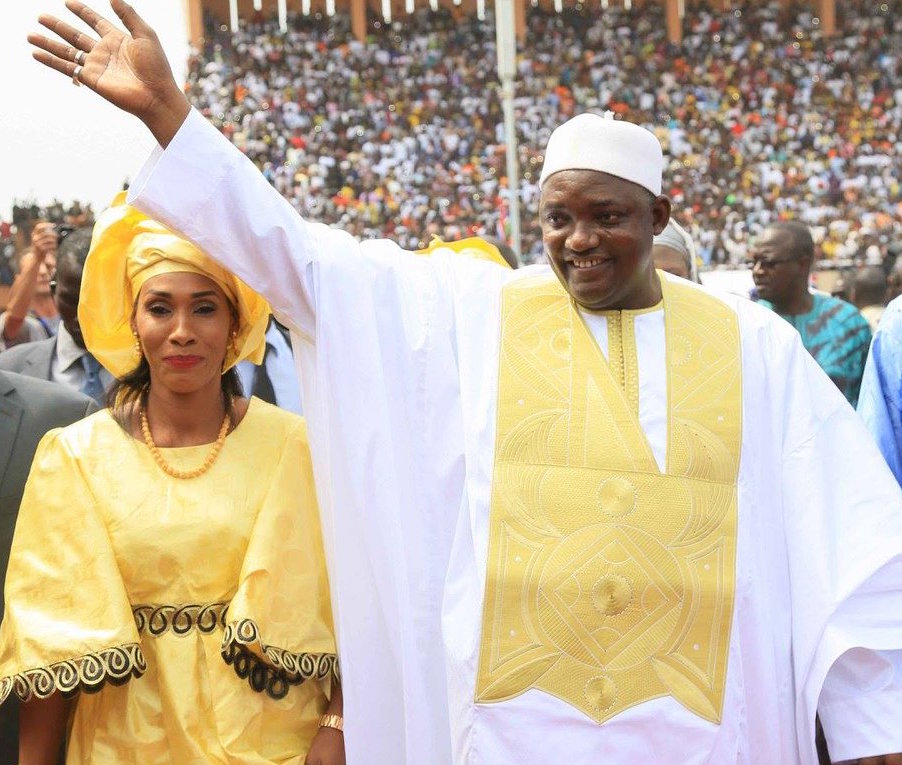 By Vivian Affoah, Senior Programme Officer at MFWA, for IFEX

A year ago today, Gambians went to the polls with hopes of voting out a dictatorship and ushering in a government that would restore democracy and a new era of hope. It was a long and difficult journey, characterised by 22 years of murders, arbitrary arrests and detentions, enforced disappearance, arson, bans on assembly, as well as blockages of internet and telecommunications services.

Prior to the election, then-candidate Adama Barrow promised the Gambian people that their human rights would be upheld. He also expressed a commitment to media freedom and freedom of expression. After his election, he reaffirmed this commitment during the first press conference he held as a President, and promised to re-open media houses that were closed down during Jammeh’s regime and guarantee their editorial independence.

He also offered assurances that the government would operate an open-door policy towards the media, and that no journalist would be persecuted based on his or her journalistic work. Furthermore, he guaranteed that his government would reform repressive laws, and ensure that Gambians would be granted legal rights to access information.

Strong words. Hopeful words. It has been 10 months since the Barrow administration took over the helm of affairs. Is the government keeping its promises?

On the promise to open closed media houses, already the Daily News, an outlet previously shuttered in September 2012, has resumed publication and there are hopes that others will follow suit. On reform of the media landscape, the government, through the Ministries of Information and Justice, is working with stakeholders like the Gambia Press Union and international partners like Media Foundation for West Africa (MFWA), Article 19 West Africa and others on various projects aimed at promoting and protecting press freedom and freedom of expression. However, anti-media laws, such as the Libel and Sedition, False Publication and Information and Communications acts passed by the former administration remain on the books, even though their application has been suppressed.

With regards to government-media relations, the government, through its various ministries and agencies, now organises regular press conferences to brief the media on political developments and engage them in pertinent issues. For example, the director of press and public relations at the State House convenes press briefings every two weeks. The president himself has committed to holding a bi-annual press conference and one-on-one interviews with the media. The first such press conference already took place on 27 July 2017.

Journalists aren’t the only beneficiaries of this newly open environment. Gambians have also seized the relative freedom to express themselves. Now on the streets, in the markets, in vehicles, people freely talk about the government and national issues, and the senior officials’ acts of commission or omission, without looking over their shoulders, and with the peace of mind that no one is eavesdropping to report them to the fearsome National Intelligence Agency (NIA). The erstwhile “house of terror” itself has been given a new mandate and rebranded as State Intelligence Services.

During the 10 months this administration has been in power there have been very few violations of freedom of expression. There have been three known incidents. In two separate cases, supporters of one of the governing coalition’s political parties assaulted a journalist during a rally. In the other incident, a Senegalese soldier part of the ECOMIG force manhandled a journalist during a session of the African Commission on Human and Peoples’ Rights. In these cases the Minister of Interior and Minister of Information, respectively, rendered an apology to the journalists. In the third case, a woman who was arrested for insulting the president was later released, and the charges dropped, when it became apparent that the president was not interested in the case. These scenarios would have played out much differently under the Jammeh administration.

The government has said it is putting in place measures to ensure that excessive legal restrictions on freedom of expression are removed. Recently, the Ministry of Justice, in a historic move, conceded that the sections of the Criminal Code on sedition and criminal defamation, and false publication on the internet under the Information and Communications Act are redundant. These constitutional provisions were being challenged by the GPU at the Supreme Court of The Gambia. The Ministry is, however, contesting challenges to section 181(A) of the Criminal Code for Publication of False News. This is a great concern to many persons, especially journalists who have been tried under this law and remain vulnerable should it not be repealed as part of the broader legal reforms.

So far, there seems to be no gender-specific discrimination on the government’s agenda. There are no reported incidents of state-perpetrated online abuse or attacks on the basis of gender or sexuality. This government may have a softer stance on sexual diversity. President Barrow was recently asked about his position on homosexuality and he indicated that it was “not an issue in The Gambia.” While many believe his response meant that it was not a common practice in the country, and as such, was brushing off the question, others welcomed it as a more measured response. This stands in stark contrast to the Jammeh administration’s comments that suggested that members of the LGBTQI+ community should be punished by death.

Another welcome development is the tremendous change in how government relates to civil society. Collaboration and partnership with NGOs, virtually non-existent in the past administration, is now close and cordial. The level of working relations between the GPU, for example, is commendable. In addition to the joint committee on media reforms co-chaired by the GPU and the Ministry of Information, the press union has been invited to be part of the Truth, Reconciliation and Reparations Commission. There are also indications it will be invited to be part of the proposed Constitutional Review Commission. The government has invited officials from other civil society organisations to participate on various committees looking at aspects of the transition and reforms. Notably, this includes civil society groups that are critical of the government.

On the issue of impunity, the Barrow administration has shown a lot of commitment to holding perpetrators accountable for abuses under the former regime. During the early stages of the government’s tenure, several former NIA officials were arrested for their roles in past human rights abuses. The cases are in court while the state continues to build evidence to effectively prosecute them. While the government has not yet held anyone accountable in the cases of Deyda Hydara, Musa Saidykhan and Ebrima Manneh and others, it has demonstrated strong will to compensate the victims/families. In fact, at a recent forum to mark the International day to End Impunity for Crimes against Journalists, representatives of the Ministries of Justice and of Information made an explicit commitment to comply with the ECOWAS Court’s judgements to compensate these three journalists. The government has gone on to meet these victims to discuss the modalities of payment.

While the overall picture for media freedom in The Gambia is looking promising, I would wish to see more progress in three main areas in 2018.

Progress in the fight against impunity, with perpetrators held accountable for violations against journalists. If possible, the government should speed up the process of investigation. I expect certain emblematic cases will be considered during the Truth and Reconciliation Commission and hopefully, at that stage, there will be an opportunity for the perpetrators to be brought to justice. Many victims and their families have waited many years for justice and for closure, and they cannot continue to wait indefinitely.

An accelerated process to repeal repressive media laws. While all indications point to the fact that the government is prepared to do so, the process has been a bit slow. While these laws have so far not been applied, they remain on the books. This is a major concern for many journalists in The Gambia, who have suggested that if the process proves to be too long, the president should consider passing an executive order to suspend all of the media laws identified as repressive, pending their ultimate repeal or the enactment of fresh, progressive freedom of expression laws around the right to information and digital rights.

Addressing the urgent issue of prohibitive taxes applied to the media. The Daily Observer, which until recently was the most read newspaper in The Gambia, has been closed for more than four months for failure to pay its taxes. While its case is peculiar because the newspaper – which is suspected of being owned by ex-president Yahya Jammeh – neglected to fulfill its tax obligations for over a decade due to its relationship with Jammeh, there are several media organisations incurring excessively high operational costs due to the tax regime. The Gambia Press Union has said it will be engaging the Ministries of Information and Finance as well as the Gambia Revenue Authority to advocate for the reduction of taxes on materials such as newsprint.

By all indications, 2017 has so far been an encouraging year for Gambians. After many years of repression, their rights have been restored and there is a new sense of freedom. 2018 promises to be full of potential for the Gambian people, as they look forward to economic, political and social growth. I am personally quite hopeful that the media sector will be reinvigorated as the government and key actors, such as the GPU, undertake their comprehensive media sector reform programme.