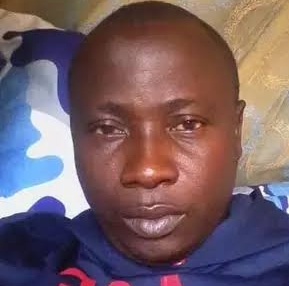 The Media Foundation for West Africa (MFWA) has learnt with extreme sadness the killing of Maxwell Nashan, a journalist with the Federal Radio Corporation of Nigeria (FRCN), Adamawa State, and calls for thorough investigations to apprehend the killers.

Nashan was found tied and muzzled in a bush on January 15, 2020 on the outskirts of Vunokilan, Girei Local Government Area of Adamawa State, with his body hacked at several places.

Some female farmers found Nashan and alerted members of the civil defence who rushed to the scene and carried the journalist to the hospital, but it was too late, as he died on arrival.

Nashan’s colleague, Fidelis Jocktan, has said the victim “was picked by his assailants at his residence in Bachure area.”
Nashan’s murder revives painful memories of the unresolved killing of four journalists in Nigeria in 2017. The four were Famous Giobaro, a desk editor with Glory FM in Bayelsa State, Lawrence Okojie of the Nigeria Television Authority (NTA) in Edo State, Ikechukwu Onubogu, a cameraman with the Anambra Broadcasting Services and Abdul Ganiyu Lawal, a freelance broadcaster in Ekiti State.

Unfortunately, the inability of the Police to thoroughly investigate the killings and apprehend the perpetrators has made it impossible to establish whether the victims were targeted for their work as journalists. This situation is liable to create a sense of insecurity among journalists and encourage future perpetrators.

The MFWA therefore urges the authorities in Nigeria to conduct effective and expeditious investigations into the killing of Nashan and the previous cases in order to apprehend the culprits and bring them to justice.