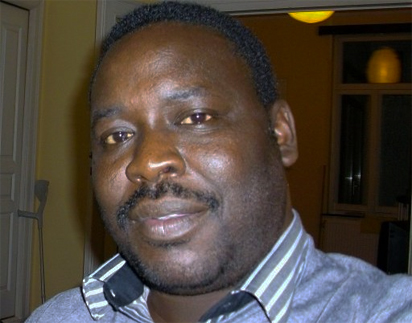 Abdoul Moumouni Ousmane, a social media and civil society activist in Niger, has been given a six month suspended sentence by a High Court in Niamey for criticising the government’s response to the Boko Haram insurgency in the country via Facebook.

The MFWA correspondent in Niger reports that Abdoul Moumouni’s conviction on June 23, 2016 followed his forthright criticism of the government after a deadly Boko Haram attack on June 4, 2014, on the town of Diffa in Niger’s Lake Chad region.

Like most Nigeriens, Moumouni joined the intense debate on social media about the terrorist attack and the government’s anti-terror strategies. The activist wrote on his Facebook page that with regard to the war against Boko Haram, the government of President Mahamadou Issoufou had failed woefully.
Abdoul Moumouni was subsequently arrested on June 14, 2016 and kept in custody in Niamey’s remand prison. On June 19, 2016, he appeared in court charged with “organising a conspiracy to overthrow a constitutional order.” The prosecutors asked for a six-month jail term, but the court eventually pronounced a six-month suspended sentence on June 23.

This is the second time in three days that the authorities in Niger have muzzled free speech on the subject of Boko Haram. On June 21, the TV5 correspondent in Niger Nathalie Provost, was banned by the government for making similar observations in her reports about the war.

Lawyers for Abdoul Moumouni have indicated that they will appeal the decision which they call “excessive and hostile to freedom.”

The MFWA is alarmed at the Nigerien authorities’ increasing intolerance of concerns raised by civil society about the Boko Haram phenomenon and the government’s handling of the situation.

The MFWA finds the prosecution of the civil society activist high-handed. As a citizen, Abdoul Moumouni has a constitutional right to comment on the war against Boko Haram. We therefore call on the authorities to withdraw the charges against the activist and strike out the conviction.