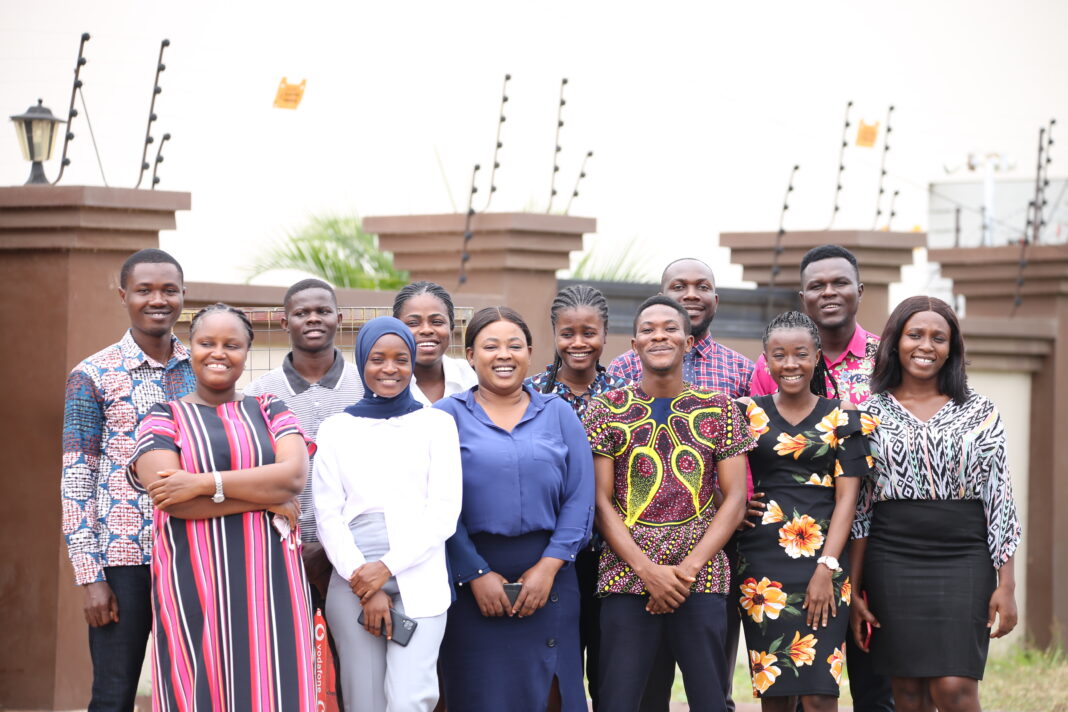 The call for application for the second edition of the Next Generation Investigative Journalism (NGIJ) Fellowship programme received nearly 200 entries from three countries.

The second edition of the NGIJ Fellowship programme requested applications from Ghana, Liberia and Sierra Leone, an expansion from the first edition which admitted applicants only from Ghana.

The applicants for this year’s programme included early-career journalists, young communication professionals and budding forensic scientists. After a thorough selection process, 13 applicants have been admitted to the programme.

Here are their brief profiles: 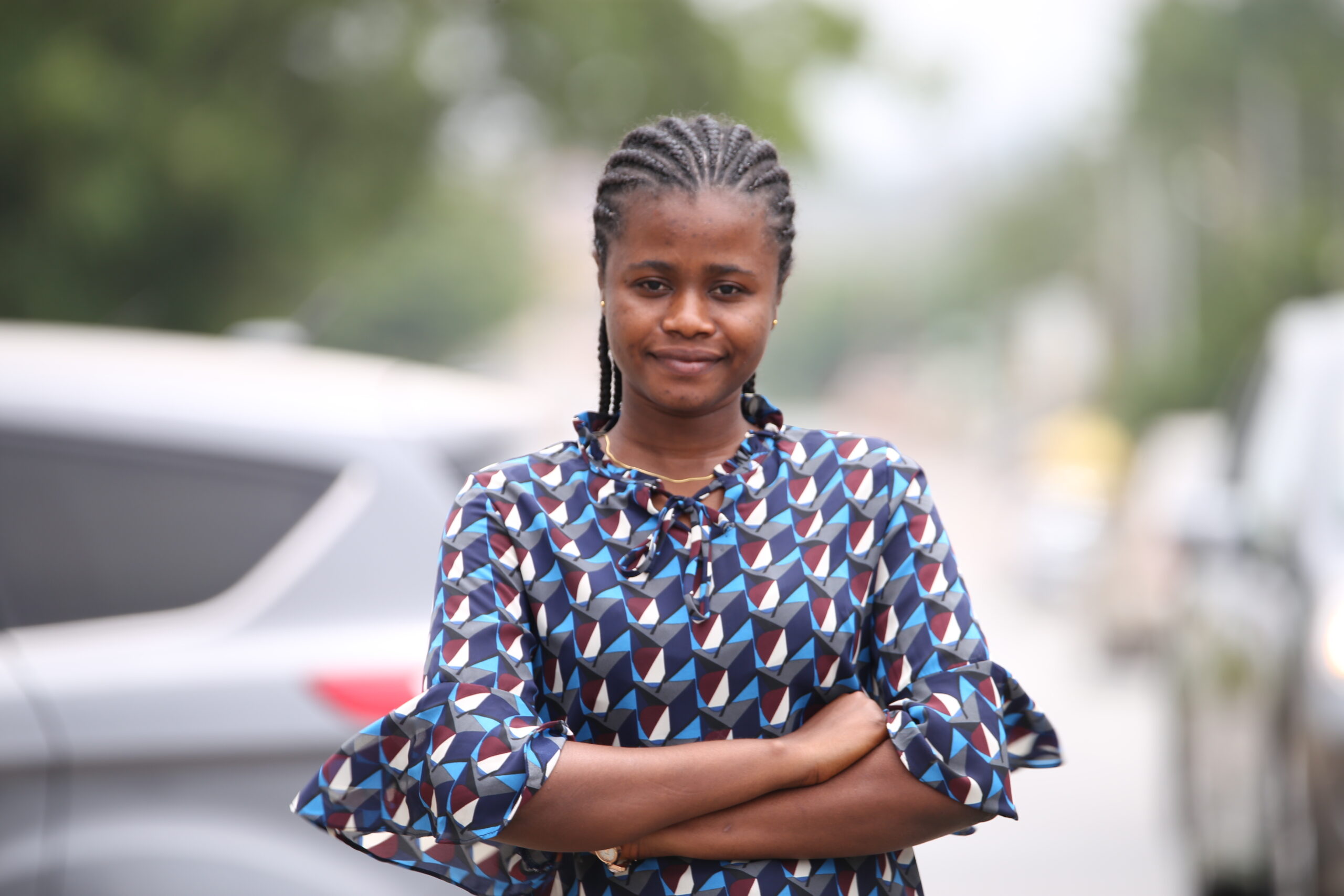 Diana is a young journalist who hopes her stories will bridge the gap in quality education between the rich and the less privileged, especially young girls living in rural communities.

Prior to joining the Fellowship, she interned at Metropolitan TV (Metro TV) in Accra and with the Director of Research, Innovation and Development at the Ghana Institute of Journalism, where she earned her degree. Diana is also a communication research assistant working with a communication political analysis outfit.

She has a great interest in making a positive impact in society through journalism, and has, thus, been working towards achieving it. 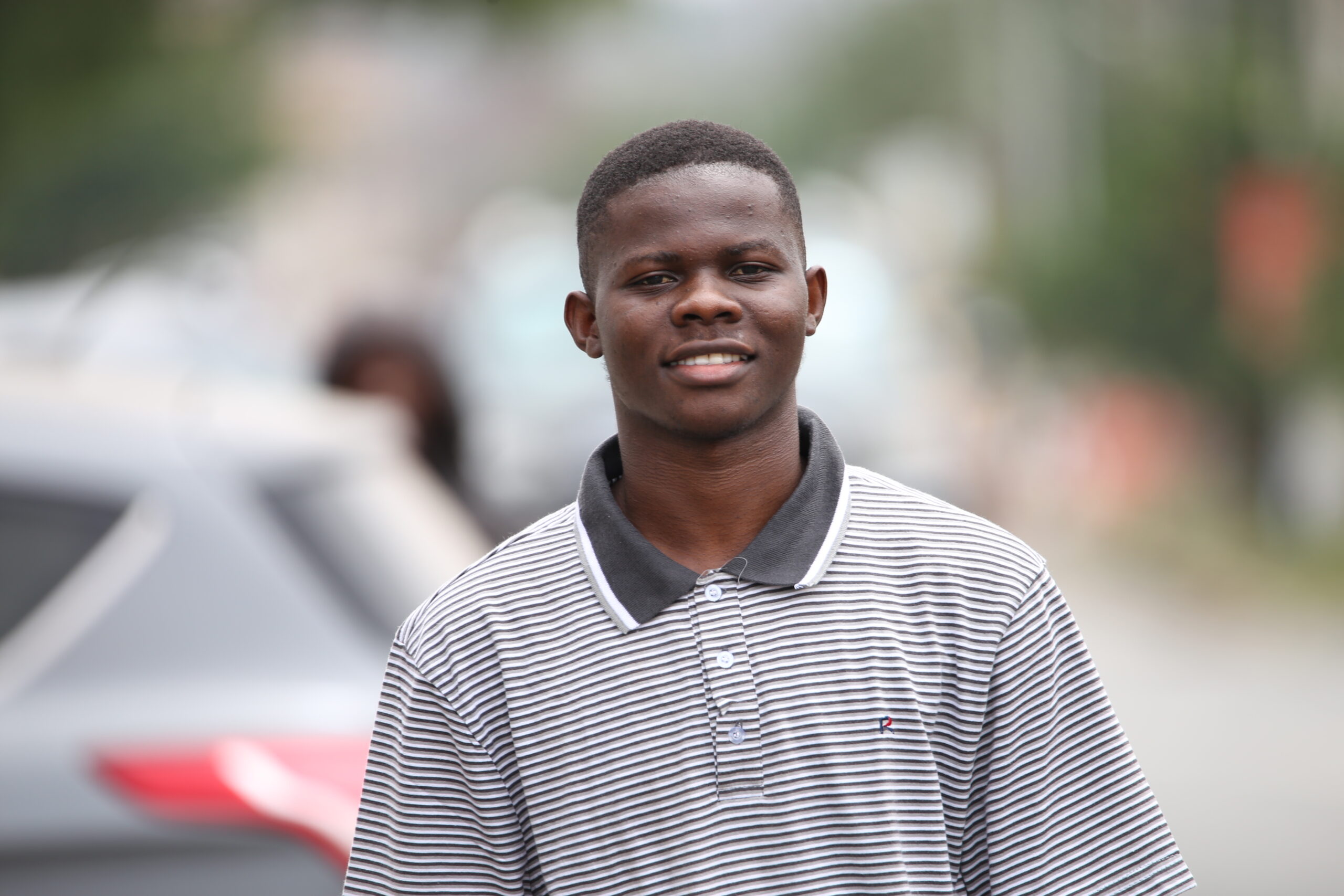 Philip works with the state-owned news agency, Ghana News Agency and is also a correspondent for UK-based SheHub.tv.

An indigene from the coastal area in the Greater Accra region of Ghana, Philip has dedicated a part of his young journalism career to highlighting the dangers of human trafficking on the Volta Lake of Ghana. He hopes his journalism brings an end to the menace.

Philip anticipates that through investigative journalism he will find solutions to complex issues and solve the recurring problems in society. Ultimately, he aims to project the developmental interest of indigenous societies. 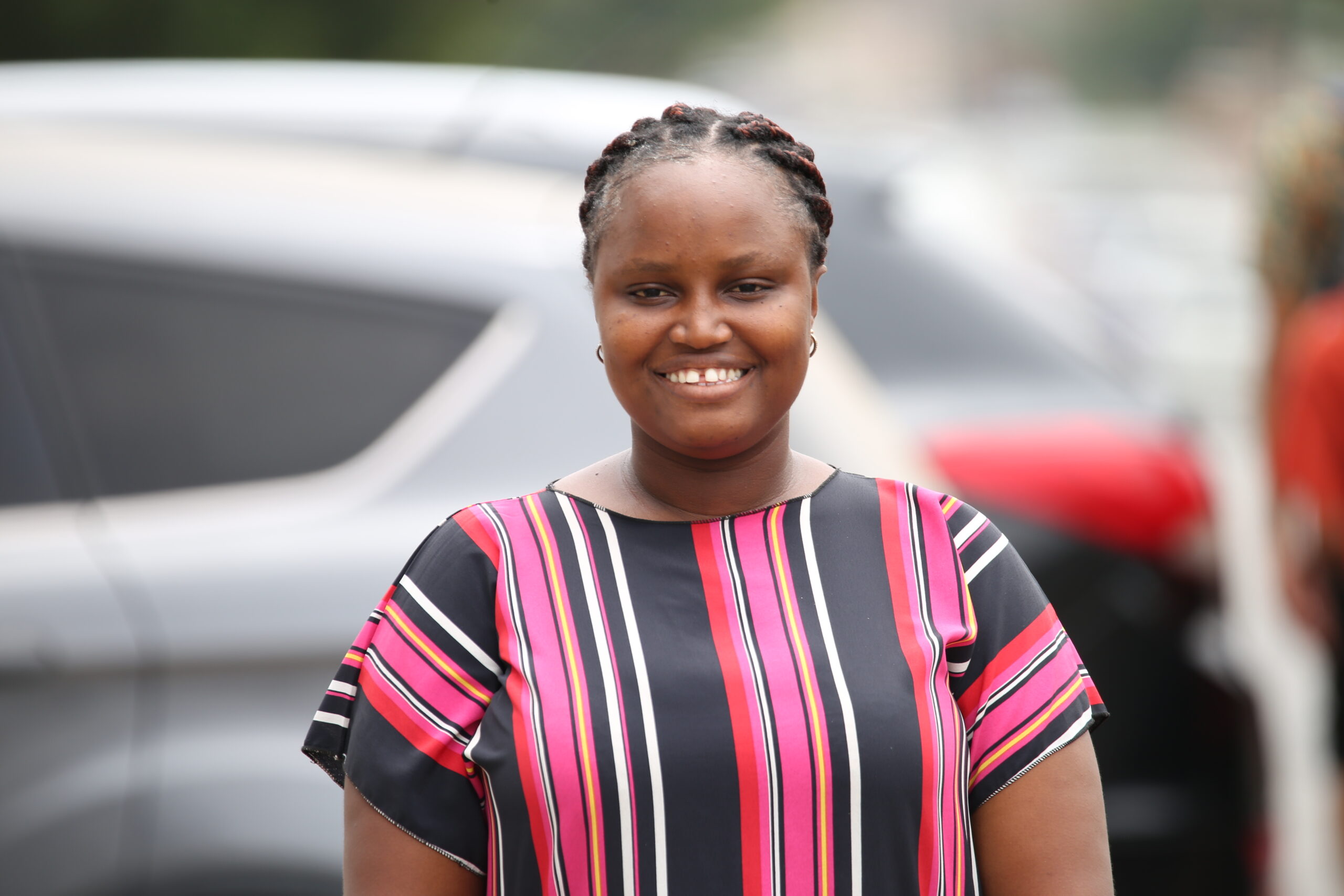 Forgbe traces her interest in investigative journalism to the beginning of her journalism career. That interest has kept her in contact with many greats in the field including Liberia’s Rodney Sieh.

She works for the University of Liberia Radio (Lux FM 106.5) where she has been putting into practice some of the investigative journalism lessons she’s learnt from mentorship programmes. She had previously worked with Prime Communications Incorporated (Prime FM 105.5) in Liberia.

Forgbe wants to be recognized as an inspiration to many young journalists and hopes her work will, in the future, be celebrated among the most experienced and outstanding journalists in Africa. 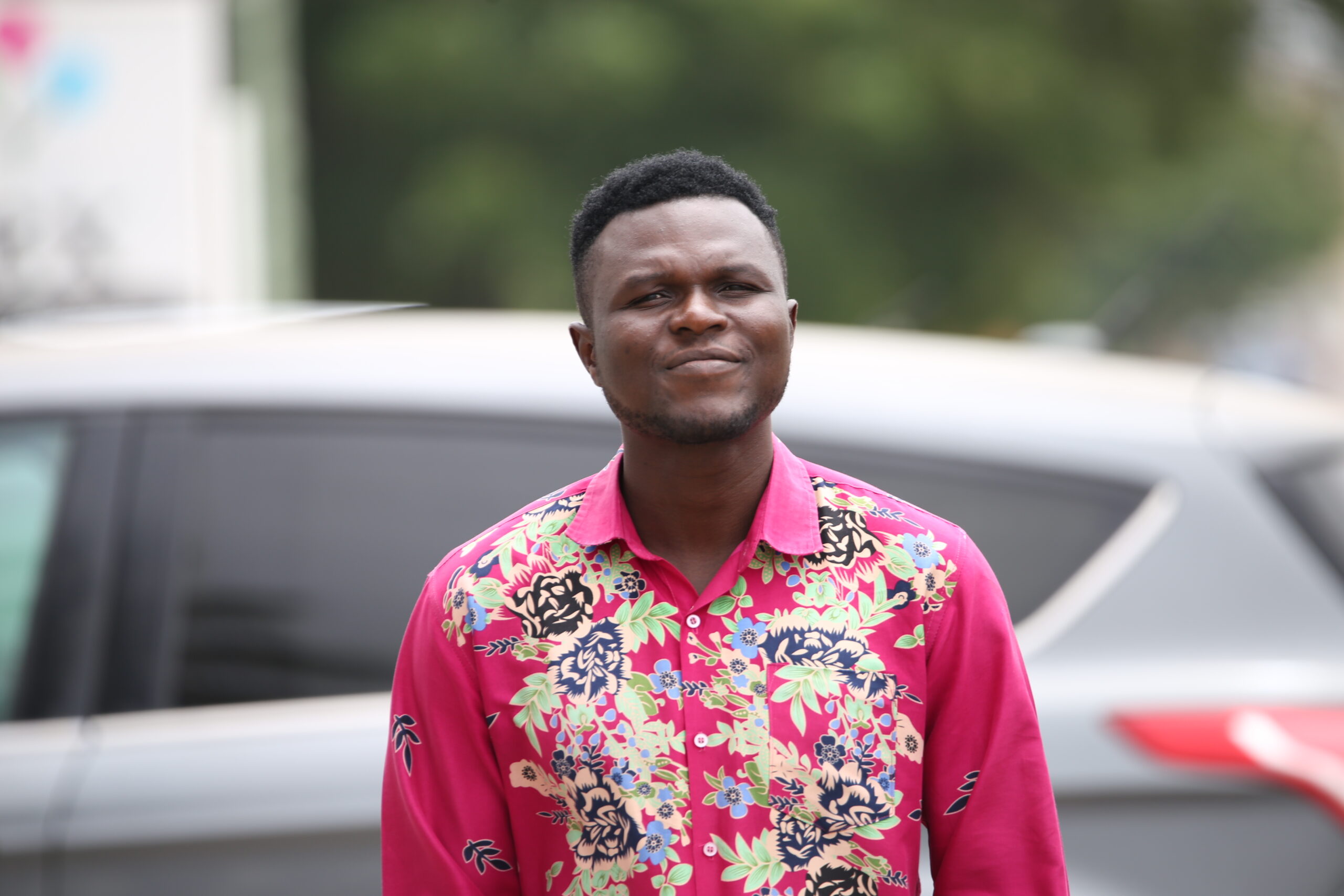 Salifu has partly fulfilled his childhood dream of becoming a journalist by working in Dreamz FM in Bolgatanga, the capital of the Upper East region of Ghana, where he has served as a show host and reporter. But his stint at the radio station over the last few years has made him realise how powerful journalism and the media is in shaping society.

Salifu has, thus, set a goal that his journalistic works should contribute to providing a society which is just and provides equal opportunities to everyone. He derives his inspiration from amplifying the voice of the vulnerable being heard and keeping duty bearers on their toes. 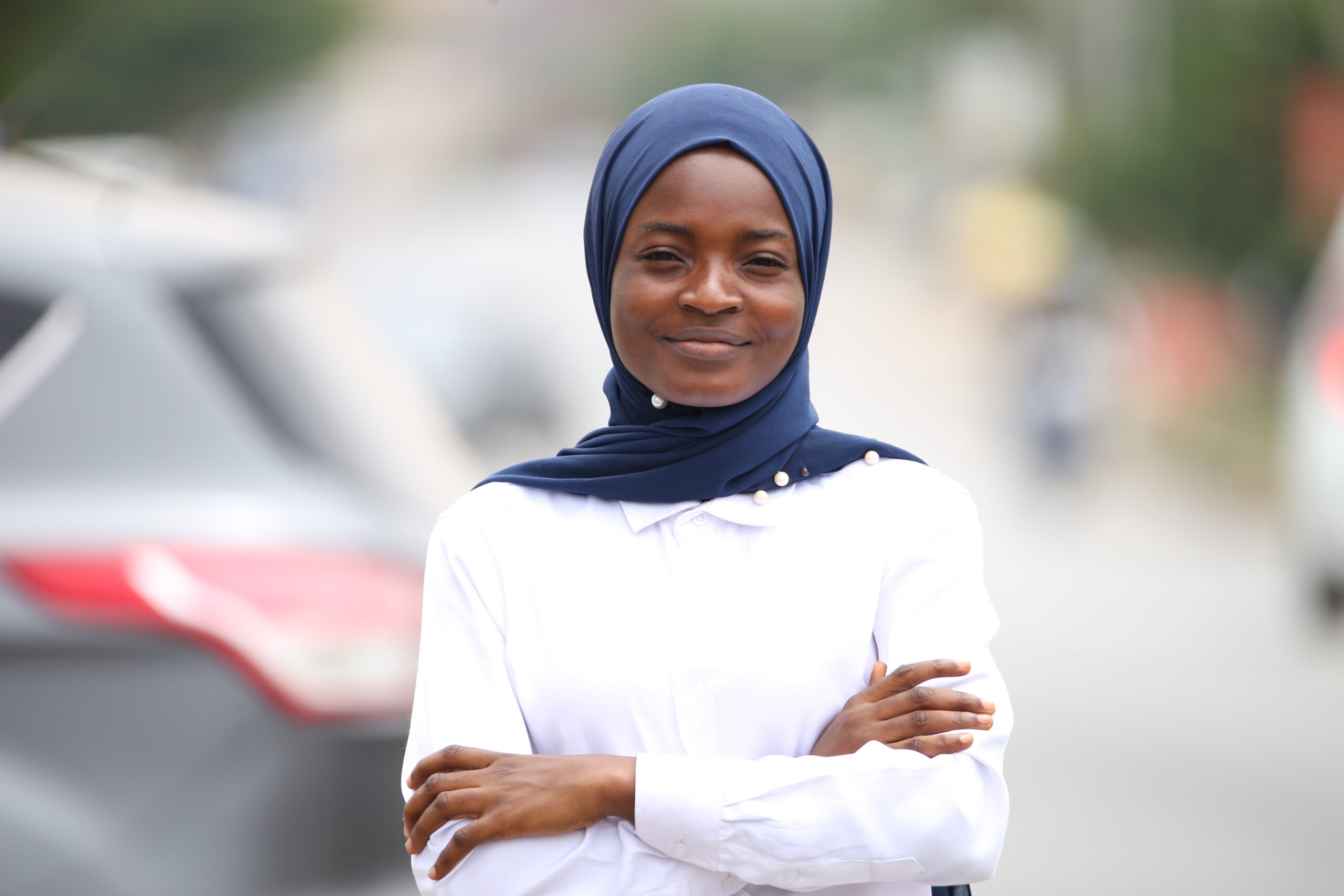 Marian’s journalism career started by reporting, producing and presenting news on campus-based Radio Mount Aureole of the Fourah Bay College, University of Sierra Leone, where she earned her degree in Mass Communication.

While she has been reporting on diverse issues in her country, Marian’s main desire has been to ensure transparency and equality. This has made her develop interest in accountability journalism with a focus on human rights and anti-corruption.

Marian works for the Radio, TV and Newspaper outlets of the Africa Young Voices (AYV) Media Empire in Sierra Leone.

It’s her love and passion for telling stories that drives her on, and she hopes to grow to become a colossus who will inspire other young journalists. 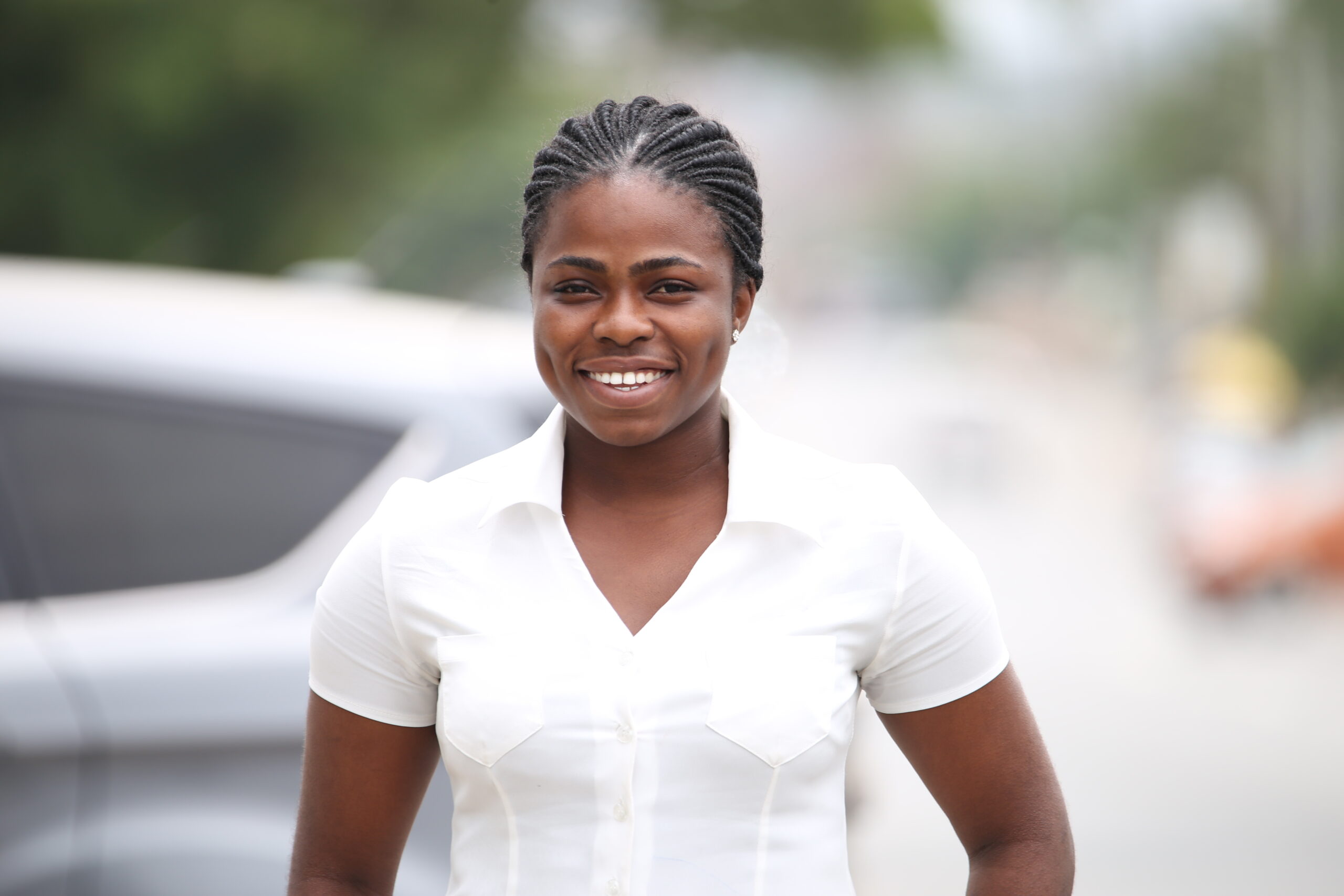 Victoria is motivated by the works of some of the great journalists who have had results and transformed the lives of many people. That is also her inspiration – to be among Africa’s biggest investigative journalists whose works will engineer social change.

Currently a writer and editor with a publishing firm in Ghana, Victoria has a degree in Communication Studies from the University of Cape Coast, Ghana where she majored in Journalism. She has previously interned at Ghana Broadcasting Corporation, Ghana News Agency and ATL FM.

Victoria is impressed with good writing, especially great storytelling skills. She’s hoping to hone hers to be among the best. 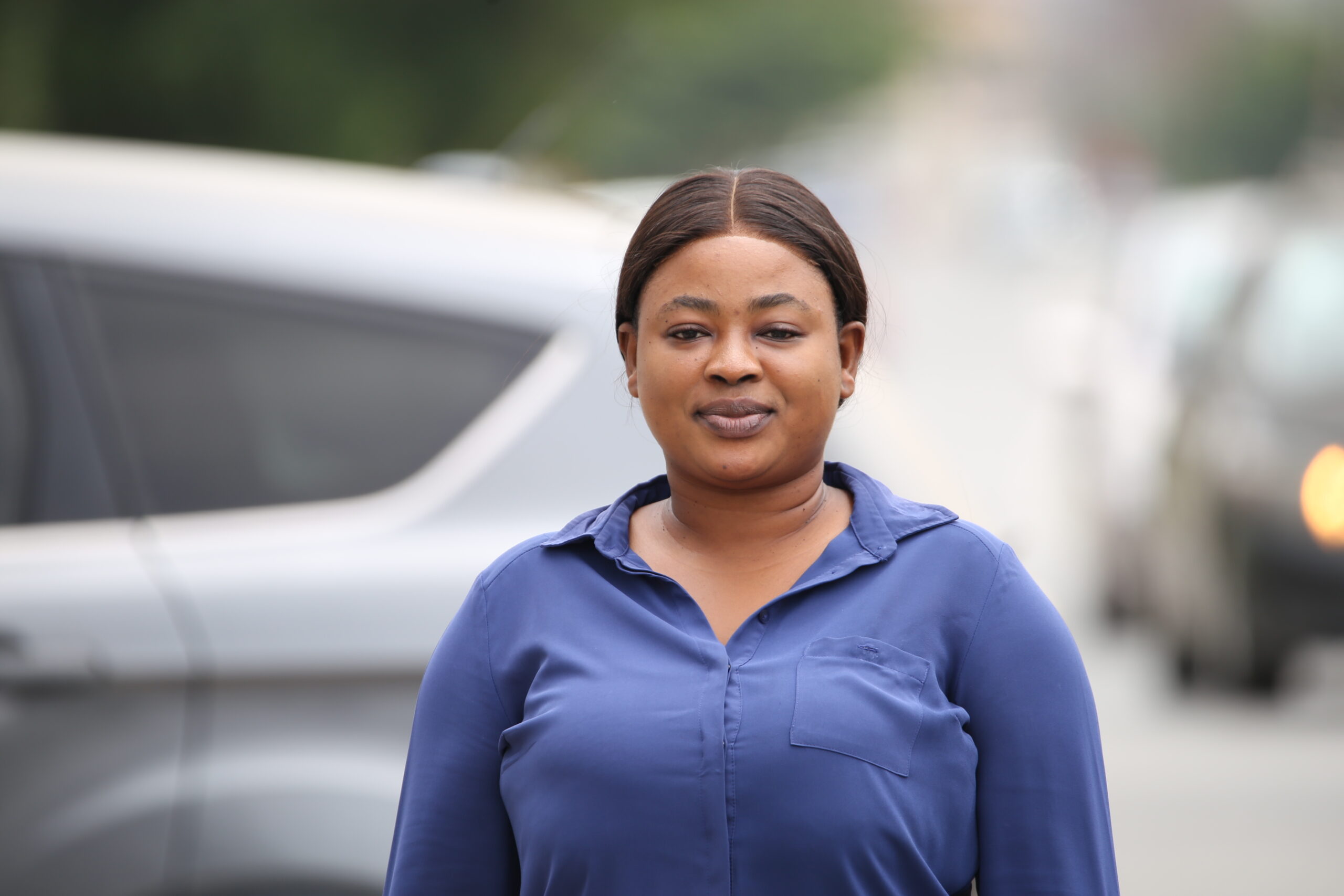 For Norah, the Next Generation Investigative Journalism Fellowship has set her miles ahead to achieving her career goal of becoming an investigative journalist. Having graduated from the Ghana Institute of Journalism and majored in Journalism, she greatly fancied investigative reporting.

Nora is motivated by the kind of journalism that is driven by solution, change and impact. She loves reading, researching and fact-finding.

It is her hope that she will be counted among the celebrated female investigative journalists in Africa in the future. 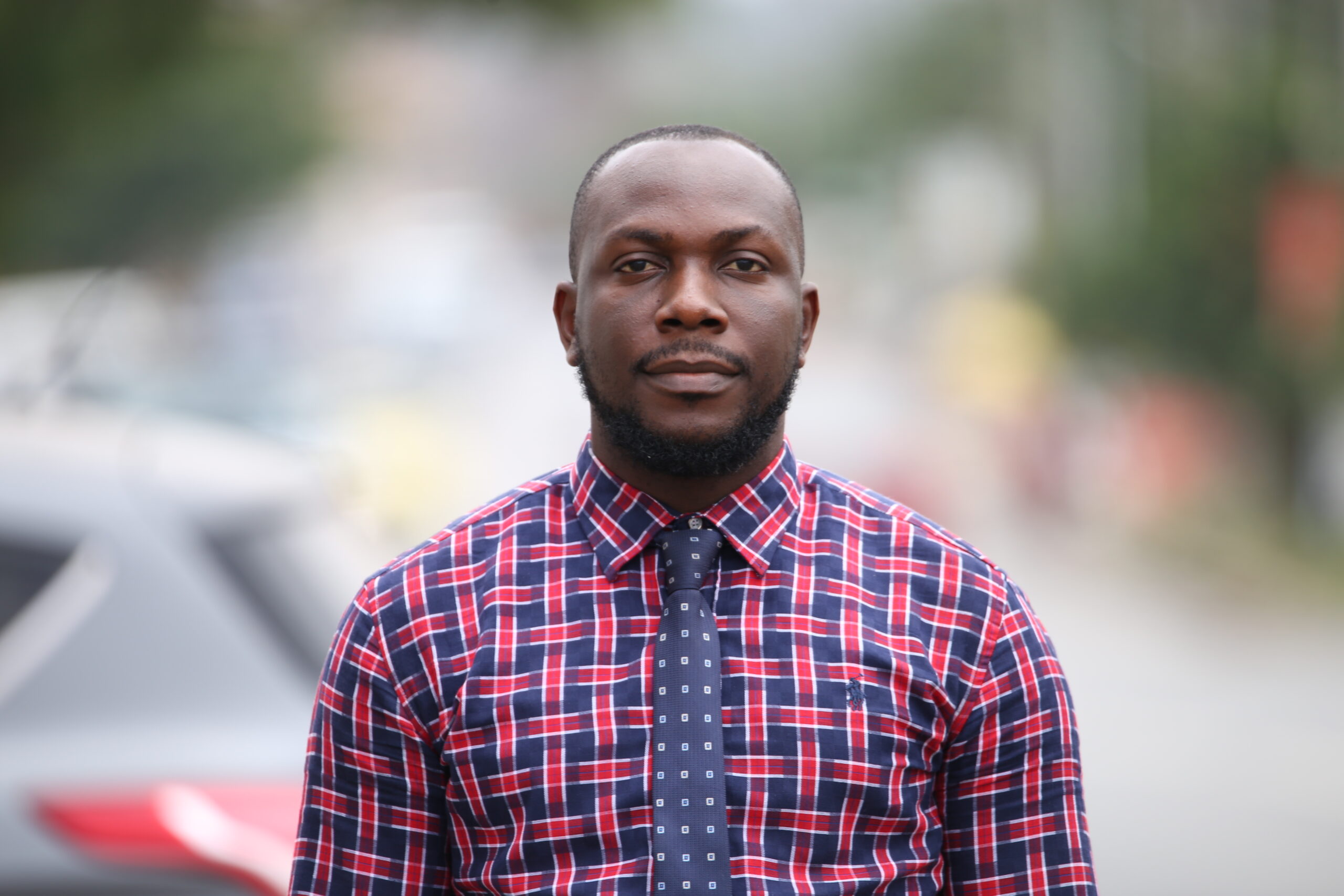 Victor has two great passions – love for humanity and fighting against corruption. He has thus, used his journalism career to pursue both passions since 2012.

Jones is a Sierra Leonean broadcaster who works with the state-run Sierra Leone Broadcasting Corporation (SLBC). He has produced several video documentaries that have directly impacted Sierra Leoneans’ lives at home and abroad. The peak of it was in 2017 when he worked as a correspondent for the BBC where he produced on-site reportage of the mudslide incident at Mortomeh in rural Freetown.

He hopes to put Sierra Leonean journalism on the global map. 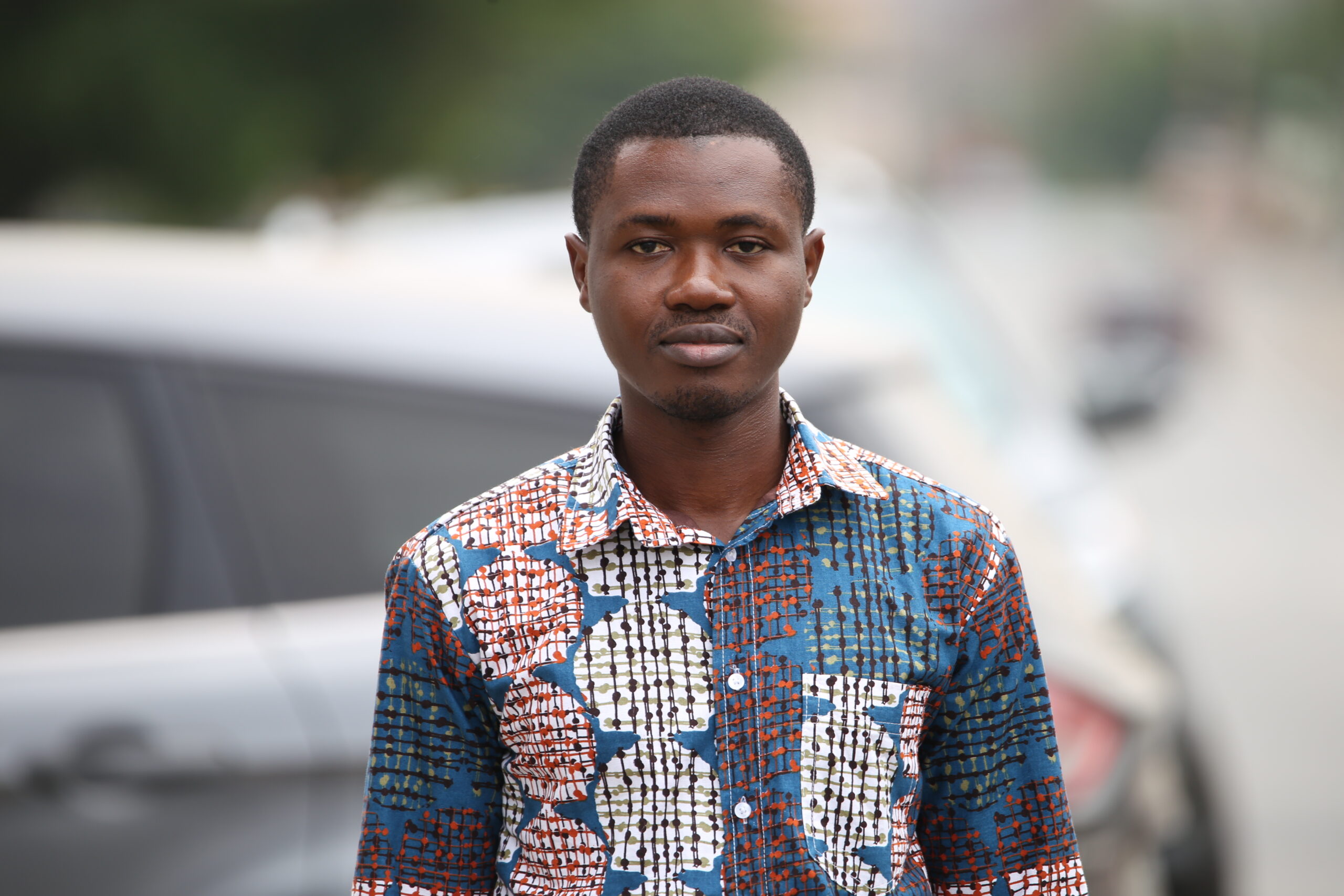 Sedem is a forensic scientist with the goal to transform Ghanaian society. He envisages achieving this goal through the media, journalism and technology.

Already a member of a media team of a prominent religious organization in Ghana where he practices photojournalism, Sedem who’s also an open-source investigator, wants his work to contribute to ensuring a safe society and justice for all.

He has previously worked with a number of security services in Ghana. He was also a teaching assistant and a forensic photography researcher. 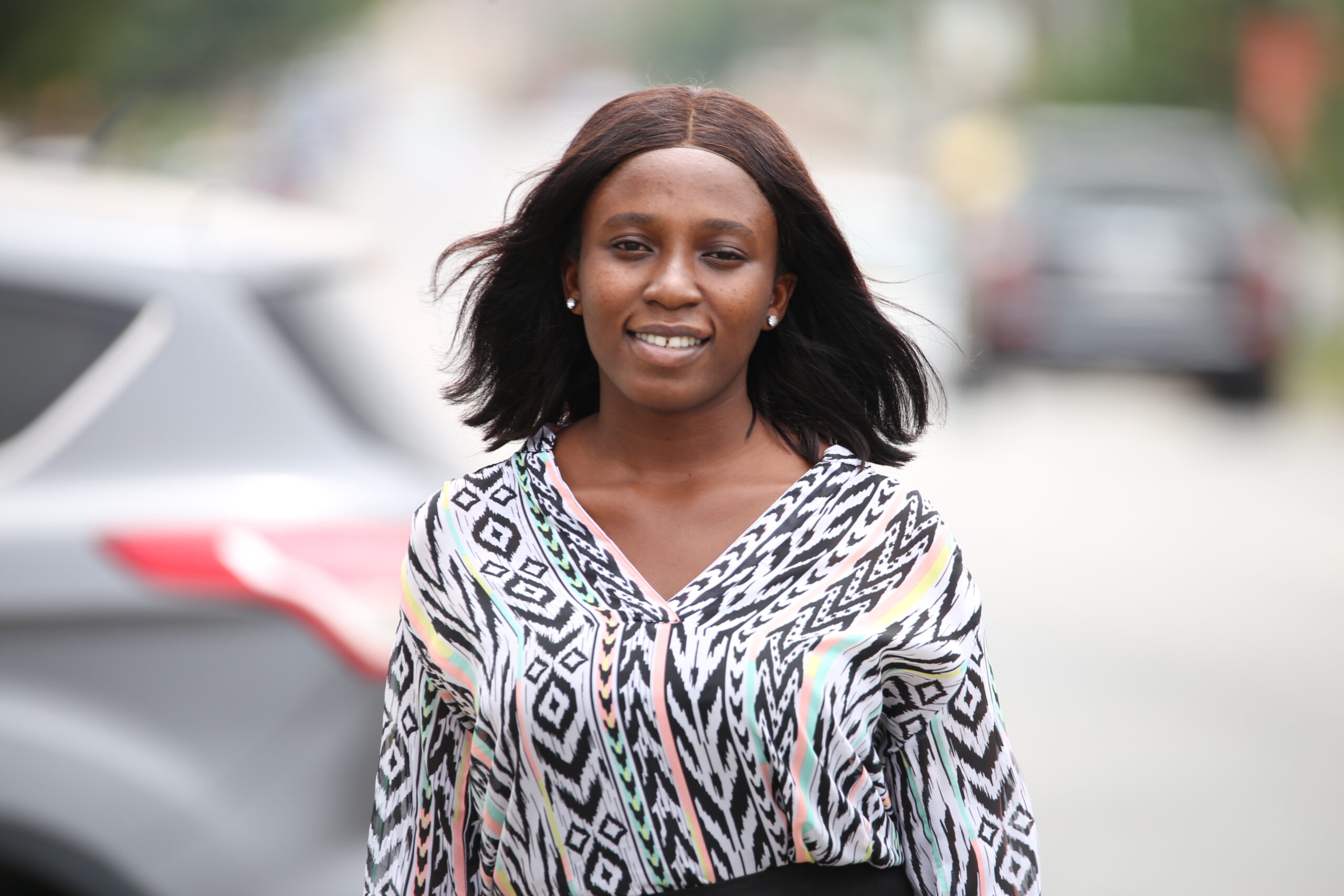 Thelma aspires to have her name among the few notable female investigative journalists in Ghana. A graduate of the Ghana Institute of Journalism, Thelma is a content writer for a digital agency in Ghana.

She previously interned at the Ghana Broadcasting Corporation (GBC) and the National Media Commission (NMC), Ghana’s media regulator, where she also worked as an administrative assistant.

Thelma is buoyed by the fact that she’s able to provide critical information to the masses through her journalism as she reckons information is power. She hopes her works make a great impact on many people. 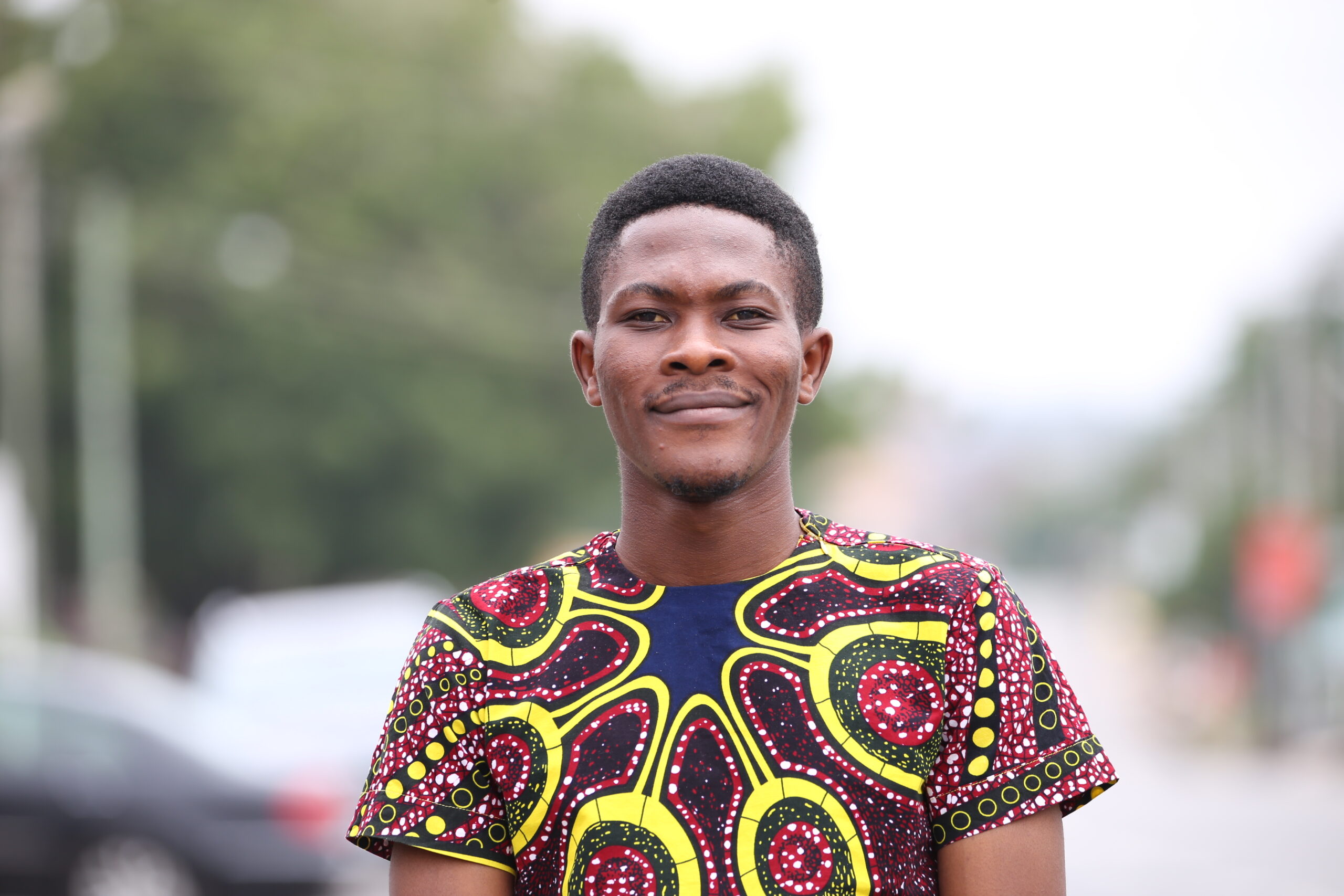 Edmund is driven by the desire to create a society that will ensure the unborn generations have equal opportunities to thrive. It is that desire that has given him an immense interest in impactful journalism.

Before joining the fellowship, Edmund worked as a reporter for Pulse Ghana but his writings are published across many prominent platforms in Ghana.

An avid reader, Edmund wants to use his voice to fight for the rights of vulnerable and marginalized groups. 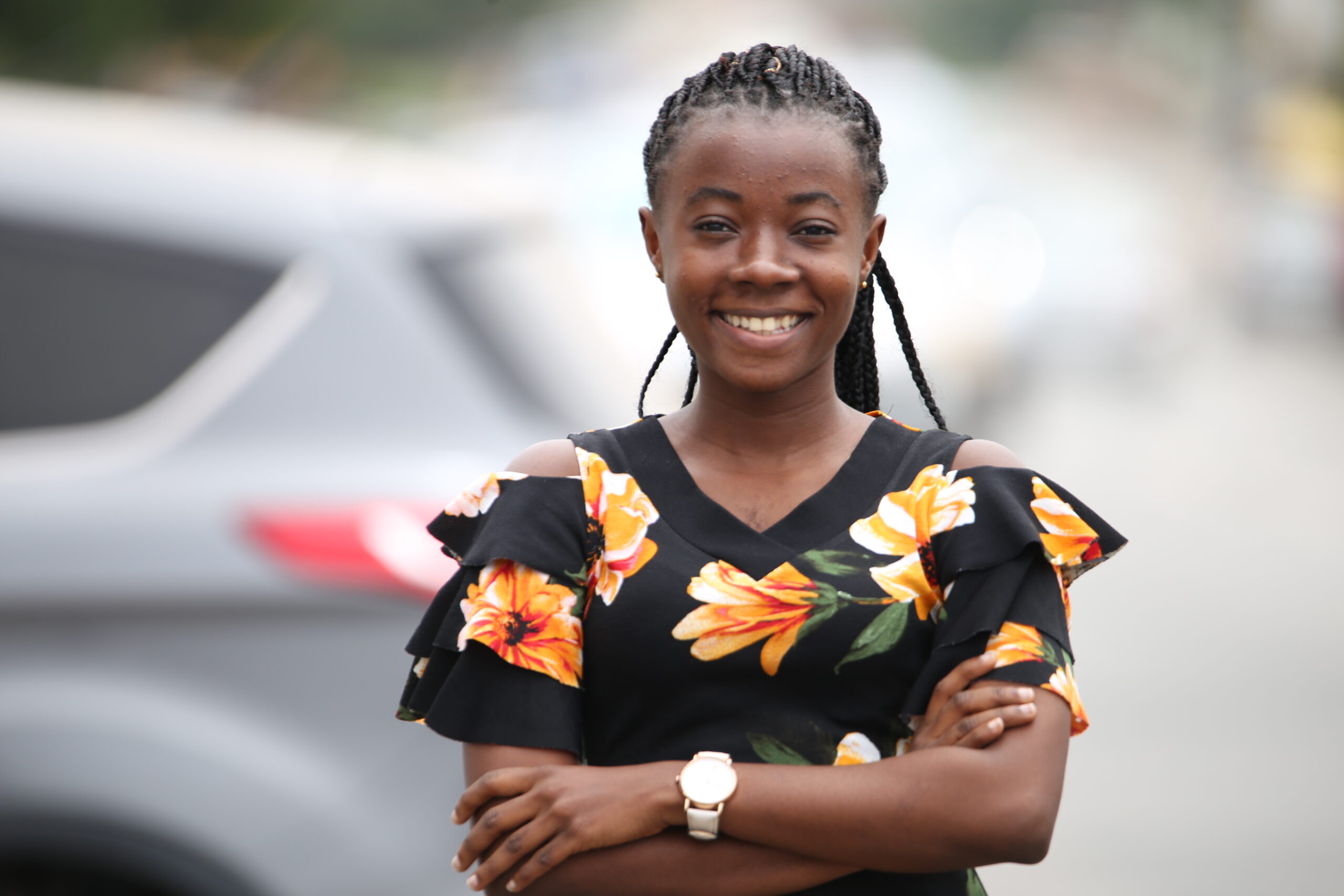 Linda graduated from the University of Ghana with a degree in Political Science and English. But her passion has been to tell stories that bring change to society, hence she volunteered for the University of Ghana’s Radio Universe, 105.7 FM where she served in various capacities including a producer, reporter and news anchor for two years.

Linda’s broadcasting reporting stint has taught her the potential of journalism in making an impact. She has since aimed at telling stories that will bring change to people and improve their standard of living. 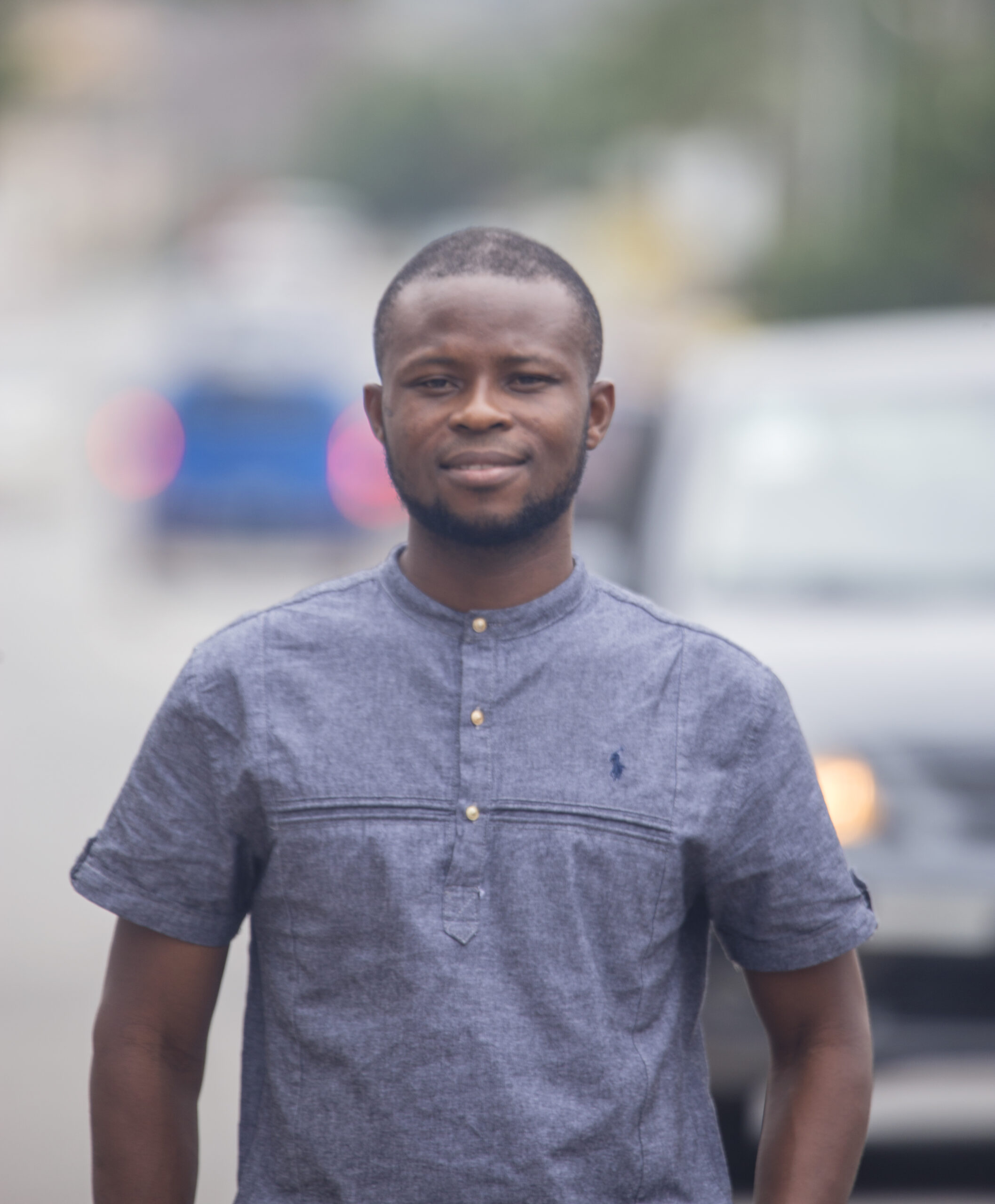 Vincent has a burning desire to spur change in society with an unwavering interest in media research and cultural tourism. He believes in accountability and fact-based storytelling.

Before joining the fellowship, he had worked at the Ghana Tourism Authority as an intern, the Ministry of Tourism, Arts and culture as a National Service Person and as an operations Officer in a Chocolate company.

Vincent is an eternal student and lover of books. He contents himself with reading philosophy books which he considers a good therapy.

His motivation stems from the drive to expose wrongdoing, impact communities through writing, and bring sustainable change and development, especially to Ghana’s Tourism Industry.