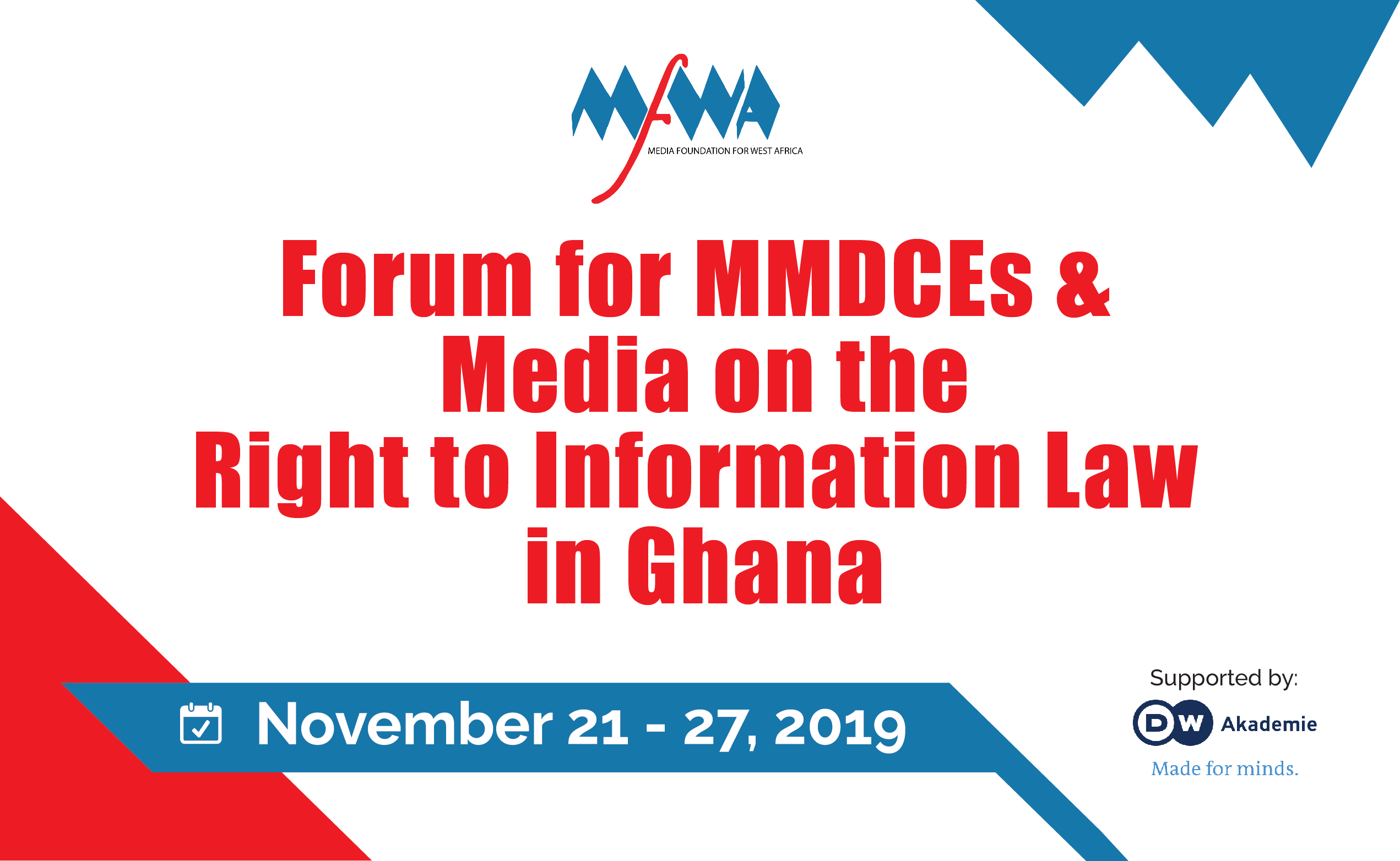 Ghana is the latest in West Africa to pass the Right to Information (RTI) Law after more than a decade-long advocacy from activists who pleaded that government codifies access to information.

However, since its passage and assent by the President, policy advocates question what measures are in place to ensure an effective implementation of the law amidst critical concerns on how well citizens and the media know the law, how to utilize it and how aware government officials are regarding their obligations under the law.

Thus, as part of efforts to increase public awareness of the newly passed law and also increase citizens’ access to information and participation in local governance in Ghana, the Media Foundation for West Africa (MFWA) will from November 21, 2019 hold a series of forums on the RTI for Metropolitan, Municipal and District Chief Executives in the Greater Accra, Ashanti, and Northern regions of Ghana.  As the political and administrative heads in Ghana’s local governance system, the forum will increase knowledge and understanding of the law among the MMDCEs as well educate them on their obligations.

Close to 200 senior journalists across the three regions will also participate in similar forums to learn more about their rights and obligations under the law; how it will facilitate their work and make them better citizens’ educators of the law.

The forums feed into the public awareness component of the RTI Implementation Roadmap developed by the Ministry of Information. It also forms part of activities under the MFWA’s project of increasing citizens’ access to information and responsiveness on the part of local government actors in 20 selected districts across Ashanti, Greater Accra and Northern regions of Ghana.

The Right to Information Law was passed in March 2019 after persistent pressure by Civil Society Organisations (CSOs) and interest groups. Following the adoption of the Law, the Ministry of Information developed a detailed roadmap to guide the effective implementation of the law. A key component of the roadmap is to create awareness and build capacity of implementers and the general public to understand and utilise the law.

The MFWA Forums on RTI are supported by the Deutche Welle Akademie.