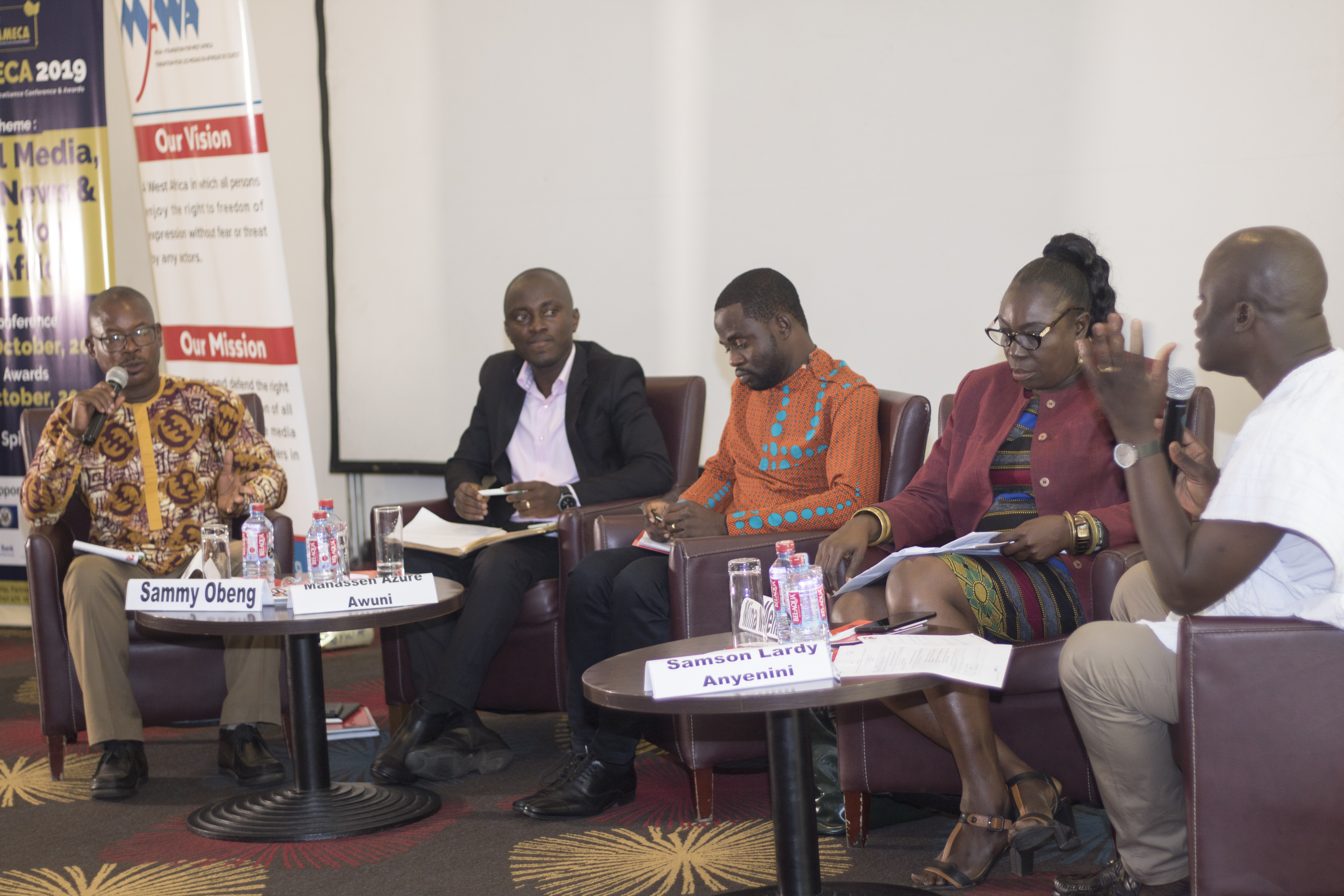 It was a ground-breaking move in March when Parliament finally passed the transformative Right to Information (RTI) Act, a law that ended a decade-long advocacy from activists who pleaded that government codifies access to information. But four months after President Akufo-Addo assented the bill into law, policy advocates question what measures are being put in place to ensure an effective implementation of the law.

On September 25, 2019, the Media Foundation of West Africa (MFWA) and the RTI Coalition convened a Public Forum to deliberate and find answers. The Public Forum which was under the theme “Implementation of RTI Law: How will Ghana’s be Different,” brought together high-profile lawyers, journalists, representatives from  government Ministries and other key stakeholders to discuss what enforcements would be needed to ensure a systemic process of access to information.

Delivering the keynote address at the Forum, Akoto Ampaw, a seasoned legal practitioner and prominent advocate for the RTI law, highlighted certain barriers that could stifle a smooth roll-out of the law.

“There is the challenge of changing this age-old culture of secrecy in government. We must dispel politicians’ fears of organising a system of information, storage and retrieval for the public.”

He further noted that despite governmental resistance during the grassroots fight to pass the RTI Act, the law will equally serve the interest of politicians, who could easily advocate for a policy by using stored information on file.

He added that the passing of the law is not enough. “If we don’t effectively organise the implementation of the RTI law it will easily become another law that Parliament passes but nothing is done.”

Speaking on behalf of the Information Minister, Kojo Oppong Nkrumah, Selasi Ablode-Spencer, technical assistant to the Minister, shared some initial challenges they are facing as they spearhead the bill.

“There have been delays and that has been due to funding,” Ablode-Spencer said.

He, however, indicated that the Ministry of Finance has agreed to supply funds “in the coming weeks,” adding that his team is working with boots on the ground to ensure that implementation of the law can begin.

“By the end of the month, we will work with public institutions to disseminate information. We know that the initial stages will be difficult and we are very happy that the stakeholder community is involved so we can continue with these collaborations.”

Sharing perspectives on effective ways to implement  the law to make it make it meaningful and impactful, some panelists, made recommendations.

Investigative journalist Manasseh Azure Awuni argued that everything done at the Ministries are put on files, but when information is needed, they are unable to provide the needed documentation because of legally-binding contracts signed to withhold information.  “You save yourself pressure from people if you can simply put information up on the website,” he advised. “It does not compromise the security of the state to make certain procurement contracts available for the people.”

The Head of Africa Office, Commonwealth Human Rights Initiative, added that another key enforcement to aid in the implementation of the law is to properly train public officials.

“The Information Commission has a responsibility to educate the public in addition to training public officials,” said Mina Mensah. “If officials are not in tune with the law, it could backfire.”

On his part, the Executive Director of the Parliamentary Network Africa, Sammy Obeng, advised all stakeholders, including the general public to get involved in the implementation process.

“We all have a responsibility to get involved,” “We must read the law. We have a duty. No excuse.”

How the fight began

The RTI bill, first drafted in 1999, was proposed to promote transparency and alleviate the fight against corruption. But the passing of the bill spanned five administrations. Missed deadlines and untimely delays dragged the passage of the law.

During deliberations to pass the bill, members of Parliament argued that passing the bill would mean the loss of exclusivity to key information. But activists rebuffed government’s fears.

Leading up to the bill’s passing, scores of civil society groups and journalists made visits to Parliament piling pressure on government to pass the law. Momentum to pass the bill amplified during the Akufo-Addo administration as protests became more robust. On March 26, 2019, Parliament passed the bill. Two months later, on May 21, Akufo-Addo assented the bill into law.