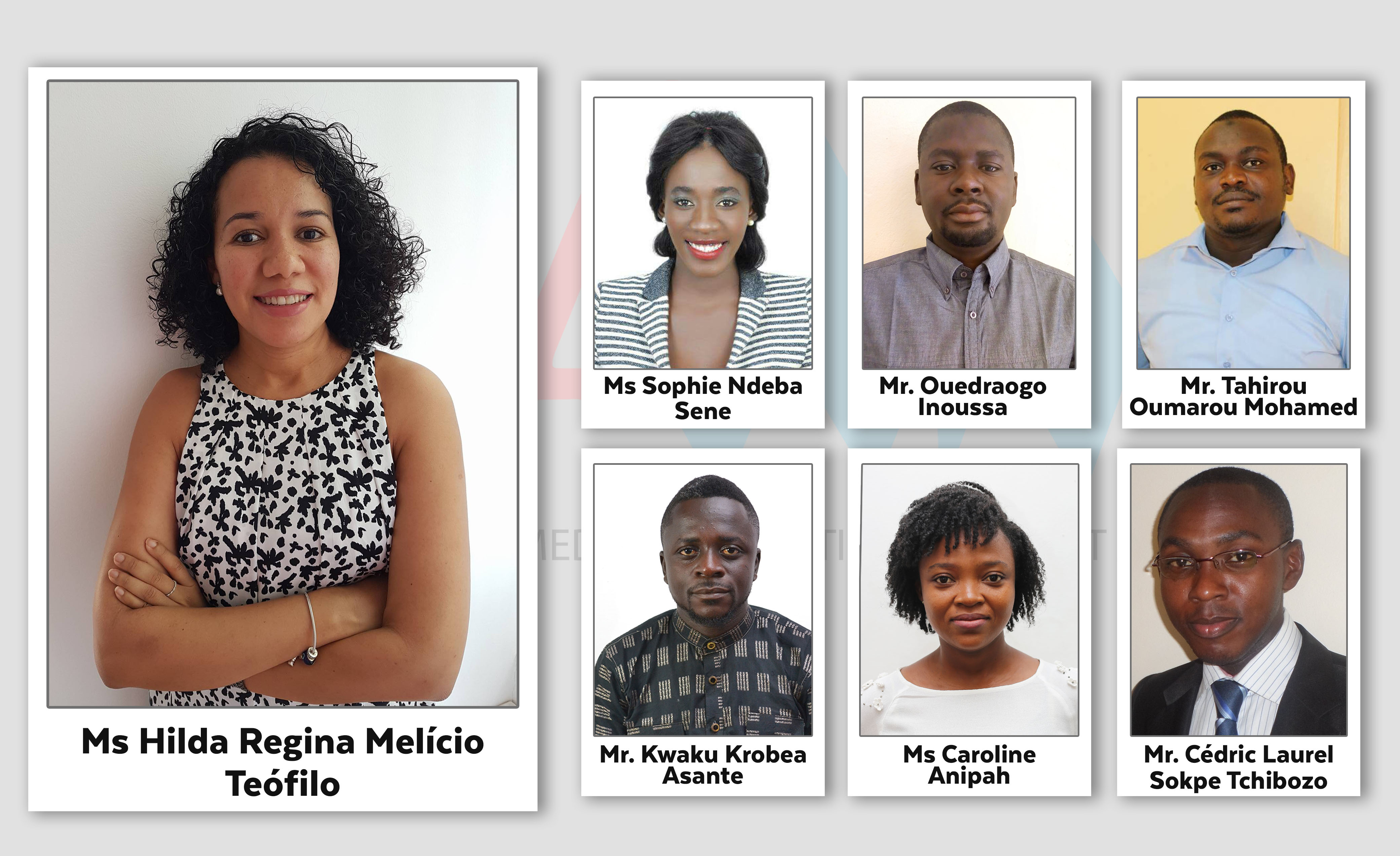 The Board of Directors of the Media Foundation for West Africa (MFWA) has appointed Ms. Hilda Regina Melício Teófilo as a member of the Foundation’s Board. Ms. Teófilo who is from Cape Verde has an extensive background in new and traditional media as well as telecommunications.

She has over the years worked with Portugese telecommunications giant PT Comunicações and managed a number of major communications websites. She currently is the General Manager for PT Comunicações web portal SAPO.CV. She had also previously worked with Portugal-based radio station RDP África where she produced and hosted radio shows for all Portuguese speaking countries in Africa.

Ms. Teófilo is a trained journalist and holds degrees in Communications Sciences, Foreign Affairs and International Relations from the University of Lisbon, Portugal. She is replacing Ms. Filoména Maria Tavares Silva who served on the MFWA’s board with distinction for a number of years.

Mr. Ouedraogo Inoussa has been appointed as a programme officer to support the organisation’s media and governance project in Burkina Faso. Mr Inoussa is a Burkinabe national and holds a Master of Arts Degree in Communication and Journalism and a Certicificate in NGO management from the University of Ouagadougou. He previously worked as a media consultant for several organisations in Burkina Faso. He will be working from MFWA’s partner organisation in Burkina Faso, the Centre National de Presse Norbert Zongo (CNPZ).

Ms. Sophie Ndeba Sene has also been appointed as a programme officer to support the implementation of MFWA’s media and governance project in Senegal. Ms. Sene, a Senegalese national, holds a Master of Arts Degree in Information and Communication from l’Institut Superieur des Sciences de l’information et de la Communication (ISSIC) in Senegal and has experience in implementing media development interventions. She will be working from the offices of the MFWA’s partner organisation in Senegeal, La Convention des Jeunes Reporters du Sénégal– CJRS.

In Benin where the MFWA is supporting the institutional strengthening of its national partner organisation, l’Observatoire de la Déontologie et de l’Ethique dans les Médias (ODEM), the organisation has appointed Mr. Cédric Laurel Sokpe Tchibozo as a programme officer. He would be supporting the on-going institutional development efforts at ODEM and the MFWA’s freedom of expression work in Benin.

He will be supporting the on-going institutional development efforts at ONIMED as well as MFWA’s freedom of expression advocacy work in Niger. Mr Tahirou Oumarou Mohamed holds a Bachelor’s Degree in Communication and a Masters in Accounting and Taxation.

At the head office in Accra, Ghana, Ms. Caroline Anipah has been appointed to support the organisation’s ongoing regional (West Africa-wide) comprehensive research on the state of the media. This research work, which is being led by a team of academics, will look at the challenges and opportunities for media development in West Africa. Ms Anipah has an MPhil in Communications Studies from the University of Ghana and has engaged in various research activities over the years.

Mr. Kwaku Krobea Asante has also been appointed as a member of the organisation’s communications team. Mr Asante holds a Master of Arts Degree in Communication Studies from the University of Ghana.

“We are delighted to have such a dynamic and experienced person as Ms. Teofilo join our Board of distinguished men and women. We are equally excited to welcome our new colleagues to our growing team of young, professional and dynamic staff to contribute to the successful delivery of our ever growing programmes and projects in West Africa,” said Sulemana Braimah, Executive Director of MFWA.