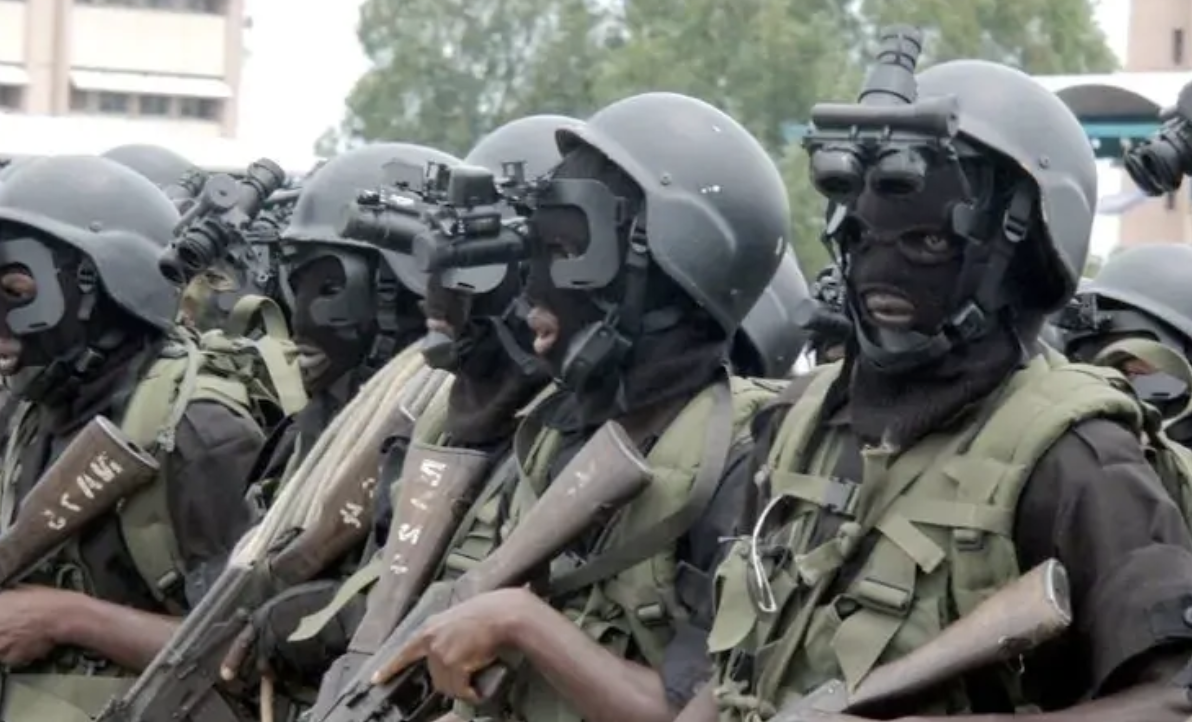 In what is increasingly pushing Nigeria to military-era levels of repression, the security agencies have over the past four months unleashed terror on protesters and journalists covering such protests, killing at least 13 protesters and one journalist in the process. Several other journalists and protesters have also been detained.

In the latest of such attacks, at least two journalists were brutalised while reporting on a crackdown on protesters in Abuja on November 12, 2019. The protesters had gathered outside the headquarters of the State Security Services (SSS) to demand the release of journalist and political activist, Omoyele Sowore, who continues to be in detention despite being granted bail by a court. However, as soon as the protest began, heavily armed SSS operatives descended on them with rods, tear gas and even live ammunition.

Stanley Ugochukwu, a reporter of Arise TV, was attacked and his camera confiscated by the SSS operatives, while The Guardian reported that its reporter, Oludare Richards, sustained “a nasty head wound and several bruises on his arm.”

Photos of the bleeding Oludare with his blood-stained badge on his chest have since been widely circulated.

Besides the journalists, one popular activist was attacked. Yemi Adamolekun, who runs the pressure group Enough Is Enough Nigeria, was assaulted by SSS officers who saw her filming the crackdown. They seized and destroyed her mobile phone.

These brutalities recorded in just one day underlines the growing impunity among security forces who have not been held to account over the death of 12 demonstrators and a reporter in Abuja, Nigeria, on July 22. Twelve protesters were killed when security agents fired bullets to disperse demonstrators who were demanding the release of Ibrahim el Zakzaky, the detained leader of the Islamic Movement in Nigeria (IMN).

Precious Owolabi, a reporter for Channels Television, who was covering the protest, was hit by a bullet. He later died at the hospital.

One person was reportedly shot dead in another deadly crackdown on demonstrators on September 24, 2019 in Uyo, Akwa Ibom State. The police also assaulted two journalists covering the incidents. Okodi Okodi and Owoidoho Udofia, who work with a private local radio station, Inspiration FM, were accosted by the police and taken to the police station where they were reportedly tortured.

On August 22, 2019, the police in Lagos arrested journalist, Agba Jalingo, after he published an article accusing the Cross River State government of misappropriating funds allocated to a bank project. Jalingo, publisher of Cross River Watch, an online newspaper, was arrested at his residence and taken into detention. On October 4, Jalingo was arraigned before a Federal High Court in Calabar, Cross River State, on charges of disturbing public peace and treason. The judge, Justice Simon Amobeda, remanded the journalist who appeared in court in handcuffs. Jalingo reappeared in court on October 23 with prosecution witnesses controversially granted anonymity to testify against him.

On August 5, 2019, police officers assaulted and detained Victor Ogungbenro, a video journalist with the privately-owned Sahara Reporters news website, while he was covering a protest in Lagos state. The journalist had his face sprayed with tear gas. He was kicked repeatedly and dragged on the floor over several metres, despite identifying himself to the police as a journalist. Ogungbenro was subsequently detained without charge until the next day (August 6) when he was released on bail.

Tosin Ajuwon, also a reporter of Sahara Reporters, suffered a similar fate in Ondo State on the same day (August 5) while covering the demonstrations held simultaneously across Nigeria. According to reports, the police saw Ajuwon filming and arrested him. They forced the journalist into their vehicle and drove him to the police station before releasing him without charge after several hours.

In Calabar, the police arrested three journalists in connection with the protests on August 5. The police first arrested Jonathan Ugbal, a reporter of the Cross River Watch and subsequently detained Jeremiah Achibong, also of the same newspaper and Nicholas Kalu of The Nation newspaper. Kalu and Achibong had approached the police station to inquire about Ugbal.

Kalu was released later that day while Achibong and Ugbal were released on bail two days later after being charged with unlawful assembly and breach of peace.

The violations have been condemned by press freedom organisations Nigeria as a throw-back to repressions of the military era of the 1980s and 1990s.

The MFWA’s partner organisation in Nigeria, International Press Centre (IPC), has condemned the serial arrests and called on the authorities to uphold journalists’ right to report in safety.

“Journalists have constitutional obligation to report issues of interest to the public and should not be barred or harassed in the course of such reportorial duties,” Lanre Arogundade, Director of IPC, said in a statement.

The MFWA finds these attacks as a blatant assault on freedom of expression and press freedom, which call into question the authorities’ commitment to protecting these key elements of democracy. We call on the Inspector General of Police and the Minister for Information in Nigeria to show concern over these violent disruptions of civilian protests by the police as well as the deliberate targeting of journalists for attacks and arbitrary detentions. We also urge the media regulator, the Nigeria Press Council, to assume its responsibility ensuring “the protection of the rights and privileges of journalists in the lawful performance of their duties,” as stipulated in Section 3 of its constitutive Act.

We also urge Yusuf Magaji Bichi, the Director General of the State Security Services (SSS), to order the release of Omoloye Sowore as directed by the court, and to call on officers of the service to protect press freedom.

The MFWA further appeals to the Inspector General of the Nigerian Police Service, Mohammed Adamu, not only to call his officers to order but also to investigate the abuses perpetrated by police officers in order to punish those involved.