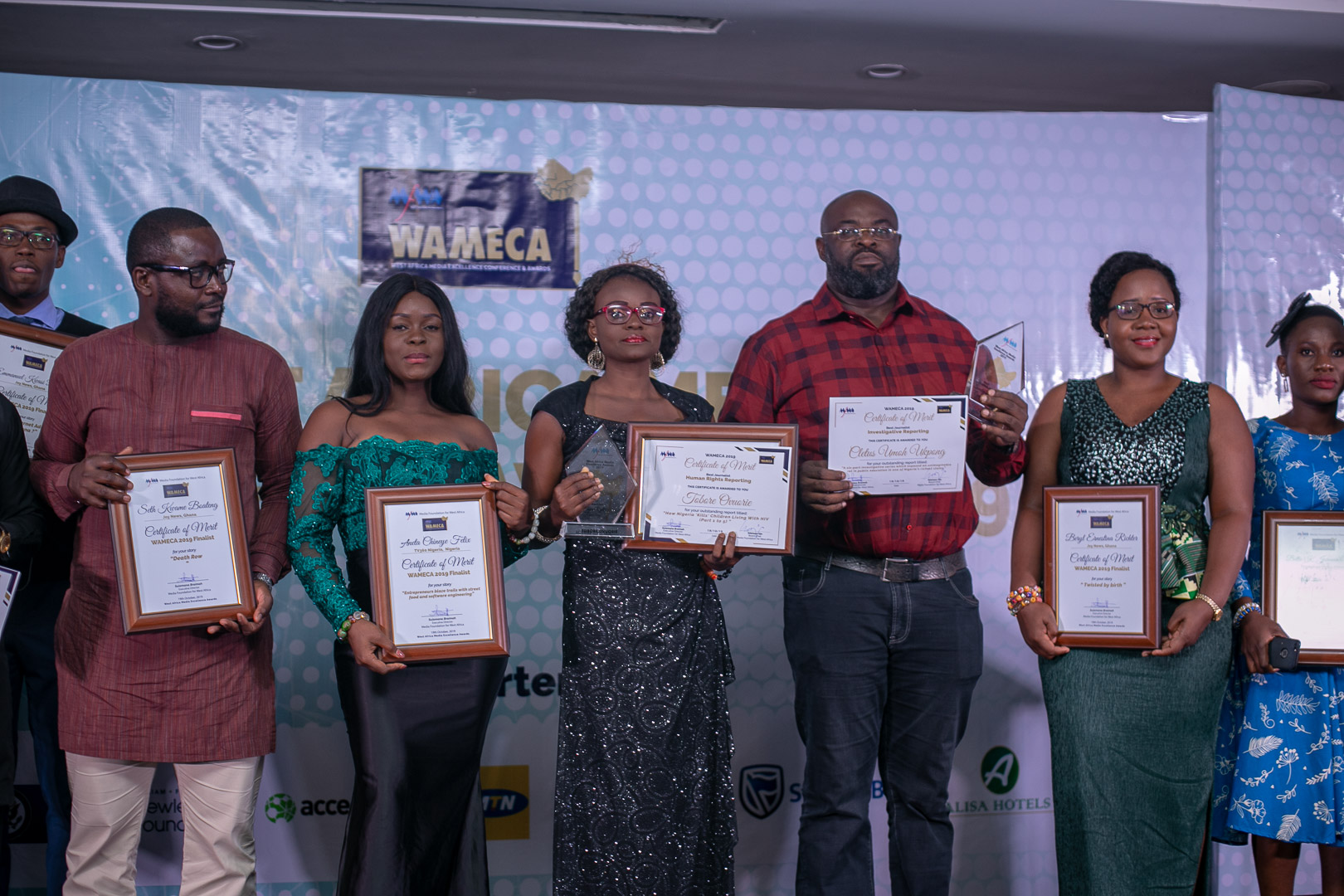 The 2019 West Africa Media Excellence Awards received over 700 stories from 15 countries across the West African region. Ultimately, only seven of the stories received honours at the Awards event held on Saturday, October 19 at the Swiss Spirit Alisa Hotel in Accra. Nonetheless, dozens of other journalists submitted reports worth an honourable mention.

Below, the Media Foundation for West Africa (MFWA) highlights some compelling reports produced by journalists spanning various fields. These stories, despite not wining, received high praise and commendation from the committee of judges that reviewed the entries.

During his ascendency to power, President George Weah proclaimed to Liberians and the international community, including the United Nations General Assembly, his unwavering commitment to fighting corruption. However, his decisions in the recent fiscal year has demonstrated his government is less committed to fighting the corruption canker in Liberia as he has ensured deep cuts to the budgetary allocations to anti-graft institutions in the country.

In this story, Bettie K. Johnson Mbayo of Frontpage Africa explains the anti-corruption paradox in President Weah’s government, as well as showcase the institutions who have suffered from the budget cuts and its impact to country.

Dollar in the Mills

This is a story of how small-scale palm oil millers in Nigerian villages make money despite the man-made roadblocks along the way.  Nigeria faced recession and foreign exchange shortages between 2016 and 2017 and as a result, importation of palm oil became unattractive. Consequently, local and foreign firms using palm oil as input began to buy the product from the local millers. Odinaka Kennis Anudu from Business Day reported on how local millers seized the opportunity of the high purchases to revive the oil palm business to make money.

The documentary tells the story of how some rural women in Ghana, owing to injuries caused them during childbirth, have been stripped off their dignity.

Obstetric Fistula, a devastating post-birth condition, causes these women to defecate and urinate on themselves unconsciously. While struggling to endure the shame from the condition, the women are unable to fend for themselves and their wards resulting in untold hardship.

In the story, Beryl Ernestina Richter of Joy News Ghana explores the plight of these women and sought to bring them help. After the story aired, two out of the four women featured successfully underwent surgeries following the intervention of United Nations Population Fund (UNFPA) and Access Bank.

Tax Evasion: In the Footsteps of the Billions of Inoussa Kanazoé and Moussa Koanda (French)

Following up on the leak of documents on the scandal of Panama Papers, Sawadogo Delwendé Elza Sandrine Clothilde of The Economist of Burkina Faso traced offshore companies created by the two business tycoons of Burkina Faso—Inoussa Kanazoé and Moussa Koanda.

In the business world, their names hold respect because of their success as they have invested billions of FCFA in different ventures. Nonetheless, Inoussa Kanazoé, CEO of Kanis Commodity, and his long-time friend, Moussa Koanda, continue to rob the country of millions of FCFA by  avoiding to pay taxes to the State. The story exposes the vast network of tax havens the two Burkinabè business moguls have built over the years.

Written by Emmanuel K. Dogbevi, the story, which is part of the West Africa Leaks, one of the biggest cross-border investigative journalism collaboration in West Africa—shows how a former Ghanaian ambassador to the United States engaged in business activities by registering his oil company in multiple offshore jurisdictions in calculated efforts to avoid paying taxes in Ghana.

Sierra Leone is ranked 128 out of 180 countries in the latest global corruption perception index, indicating the country is not doing well in terms of fighting corruption. While the government, in rooting out the canker, is focused on the big stories of corruption, the little cases are rife and far spread.

The story, by Saidu Bah, highlights the ‘minor’ and often overlooked cases of corruption and its impact on the country.

Seth Kwame Boateng of Joy News wrote, produced and reported a gripping documentary examining the penal system of Ghana, specifically prisoners on death row. In the documentary, stories of inmates convicted of murder, manslaughter and related charges reveal what it is like to face the gallows. Despite court rulings, successive governments have been reluctant to sign their death warrants, and so the inmates sit on death row awaiting the day they will be executed.

The story shines light on the visible inhumane conditions including congestion in their cells, lack of water and insufficient places of convenience the inmates deal with each passing day.

Read more of these stories below:

Dying to live: the case of scrap metal business in Accra

Spate of Internet Addiction in Ghana

CSO Partners in Africa Hail the Ratification of the African Charter on Democracy, Elections and Governance in Zimbabwe