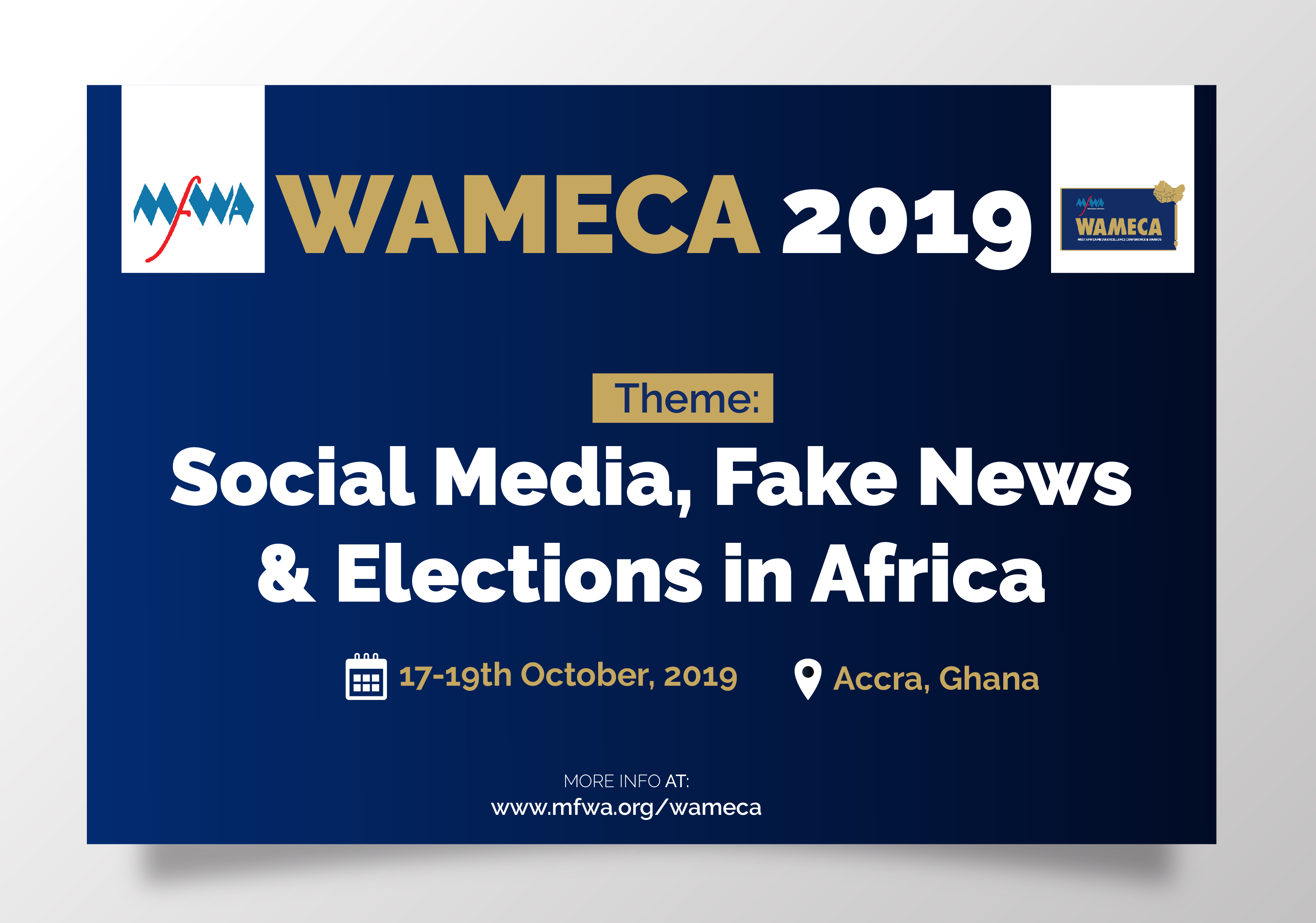 From October 17 -19, 2019, experts from across West Africa and beyond will gather in Accra, Ghana, for the third edition of the West Africa Media Excellence Conference and Awards (WAMECA). Journalists, media professionals, editors, academics, freedom of expression advocates, diplomats and the business community will deliberate on how Social Media and Fake News are impacting Elections in Africa.

The advent of the new media has tremendously improved access to media and information in Africa. Indeed, in the last decade, the new media, especially social media, has significantly enhanced participatory democracy as many citizens contribute to national discourse and engage with state authorities/duty bearers on platforms such as Facebook, Twitter and Instagram.

In recent times, however, social media has become a tool for spreading misinformation, disinformation, and perpetuating the phenomenon of fake news, especially during elections, leading to mistrust of the media, political tensions and disorder across Africa.

WAMECA 2019 will therefore explore the critical issues on the impact of social media and fake news on the elections in Africa and make key recommendations for good governance and media development.