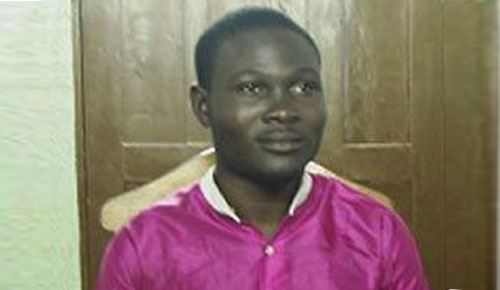 The sentencing of the students comes almost two weeks after gendarmes arrested them on June 14, 2017, together with several other students as they were holding a general assembly on the campus of the Université de Lome to discuss a range of issues affecting their studies.

Angered by the arrests of their colleagues, the students gathered in their numbers the following day to condemn the attack and demand the release of their arrested colleagues. The gendarmes, however, returned to beat them again and make further arrests.

Seven of the arrested students who were being held at the Lome Civil Prison were acquitted and discharged by the court on June 19, 2017. Foly and Amagbegnon were detained till their conviction on June 26.

Lawyers for Foly and Amagbegnon have said the convictions as unfair.

“To establish an offense against someone, you need to bring together the elements which constitute the offense, which Public Prosecutor failed to do, as we all saw in this courtroom; he could not show proof of the offense for which he’s charging the two students. On the basis of the same set of facts, we discharge some and convict some, it’s a shame,” bemoaned Raphael Kpandé-Adzaré, one of the lawyers for the students.

The MFWA is dismayed at the conviction of the two student leaders. We are concerned that the unwarranted violation of students’ right to peaceful assembly by the gendarmes has been aggravated by this conviction.  We would have rather expected the authorities to bring the gendarmes to book for their violent attack as well as the arbitrary arrests and detentions of students of the Université de Lome.