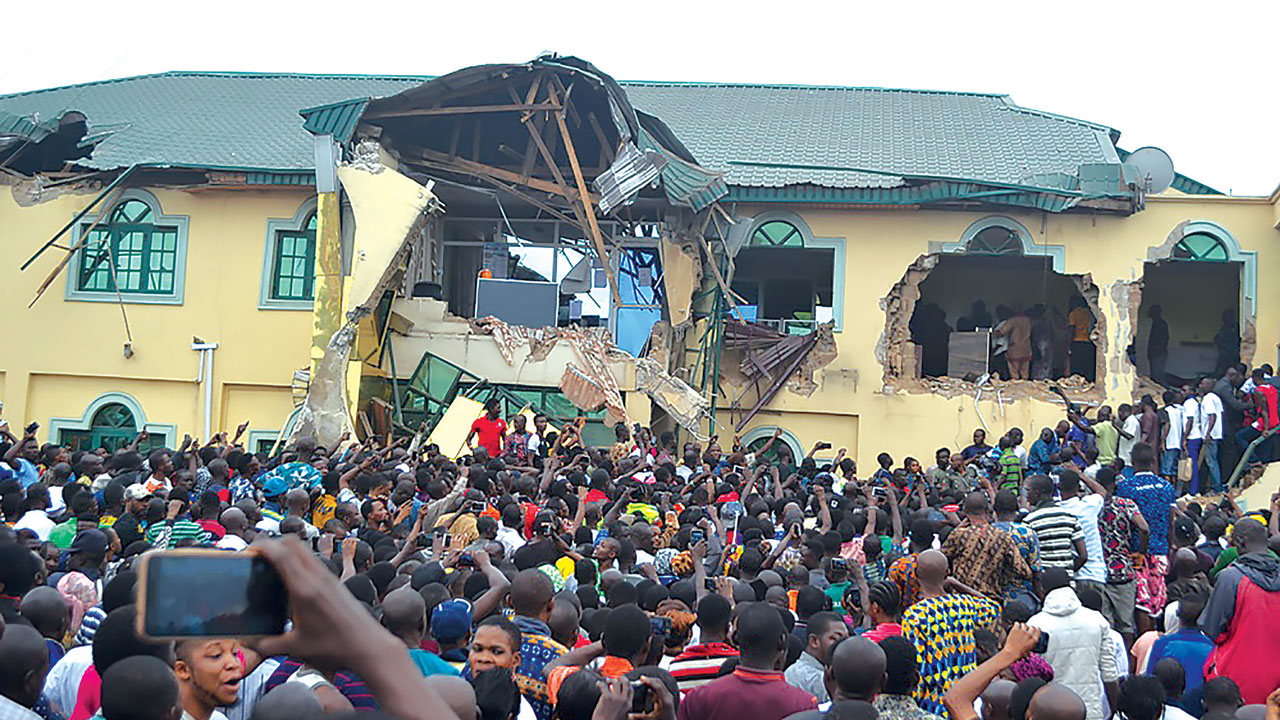 In what is widely believed to be a politically motivated action local authorities in Oyo State in South Western Nigeria have demolished the building housing Fresh FM, a radio station based in Ibadan, the capital of Oyo State.

Popularly known as Music House, the building is owned by a popular musician, Yinka Ayefele, who also owns the radio station.

The location of the building had generated controversies in the preceding weeks. The State Commissioner for Information, Toye Arulogun, said the building is “structurally defective (and) poses danger or constitutes a nuisance to the occupier or the general public.”

On Friday August 17, Ayefele filed an application seeking an order barring the state government from demolishing the building. But the authorities pre-empted the hearing of the application which was set for the following week by tearing down large portions of the building during the weekend claiming that its location contravenes urban and physical planning laws.

Meanwhile, the PREMIUM TIMES newspaper has published the content of an interview, granted to Fresh FM by Governor Abiola Ajimobi of Oyo State in 2016, in which the governor confessed that he was being impressed upon by his party members to attack the station for being hostile to his government.

“When we contested the first and won, a lot (of people) told us to demolish the radio station because your programmes and broadcasts are against my government. Your boss, Yinka Ayefele, was also using songs to insult us,” reads a transcript of the interview.

The MFWA is deeply concerned about the arbitrary demolition of the building housing Fresh FM, which is an important source of news and information for thousands of residents of Ibadan. The action is particularly unfortunate because it is prejudicial to a court suit relating to the status of the building. The publication of the alleged interview the governor of Oyo State granted the radio station in the past also raises suspicion that the demolition is not for public safety concerns as was announced by the state authorities.

We urge the Nigerian Senate’s Committee on Information and National Orientation to invite Governor Abiola Ajimobi of Oyo State to account for this arbitrary action.