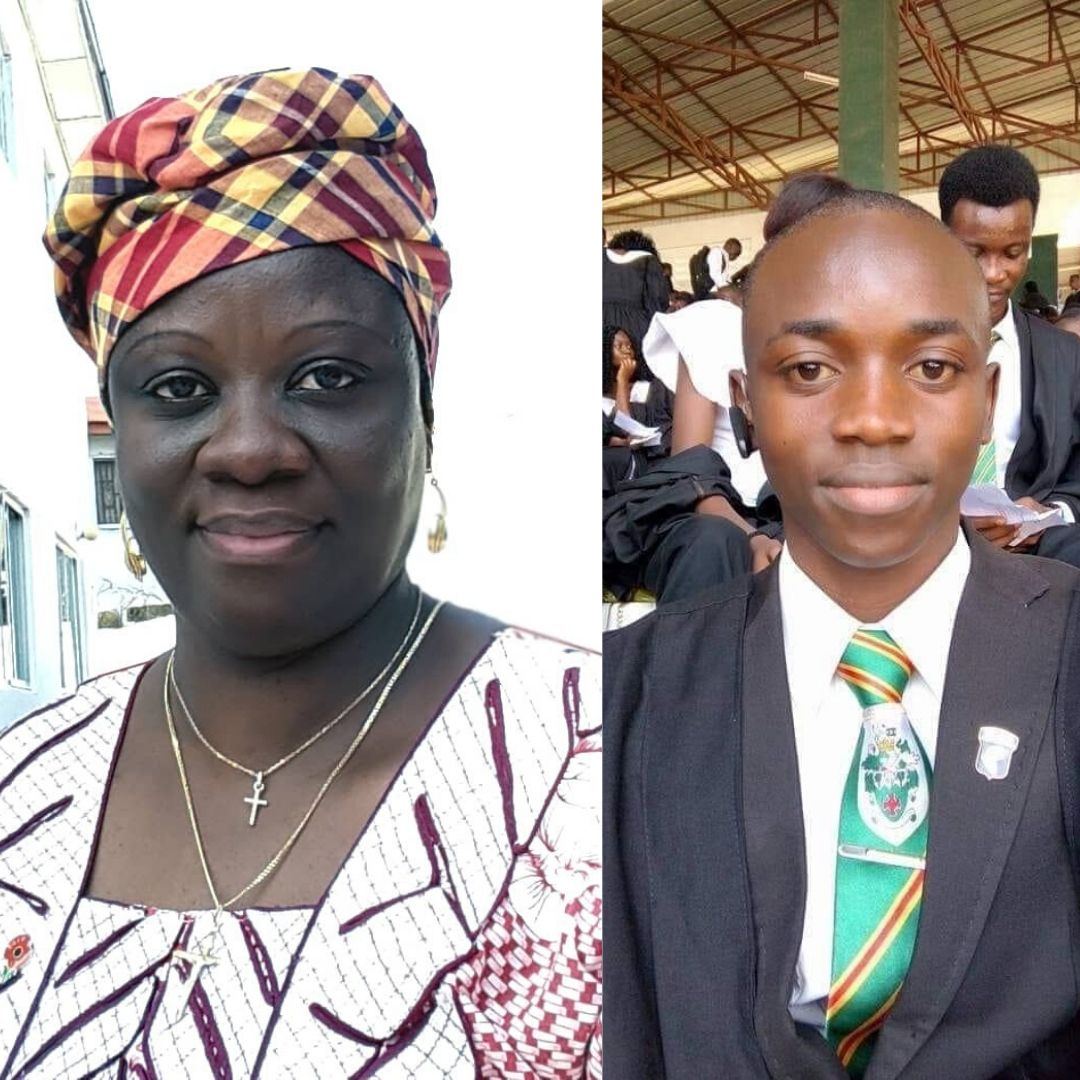 A prominent Sierra Leone journalist, Sylvia Olayinka Blyden, has regained her freedom after spending a total of 50 days in detention on charges of sedition and defamation in relation to her social media posts.

Blyden, who is the publisher of Awareness Times Newspaper and a political activist, was released on June 24, 2020 after her lawyers secured bail for her for the second time since her arrest on May 1, 2020.

The publisher was arraigned on May 22, 2020, after being kept in illegal detention for 22 days since the police stormed her residence and arrested her, seizing phones and computers in the process.  After being remanded on bail, Blyden made her second appearance in court on May 28 and was released on bail a day later. However, when the activist and journalist appeared in court on the next adjourned date of June 3, 2020, the authorities returned her into detention after accusing her of breaching her bail conditions by making public statements about the case. She was finally released on bail on June 24, 2020. Blyden thus spent a total of 50 days in detention; 29 days and 21 days on either side of her short-lived bail.

The journalist is charged with ten counts. According to the charge sheet, on counts 1-5, Blyden on April 23, 2020, at Freetown knowingly published a defamatory story against the President and the Government of Sierra Leone.

On the remaining counts, it is alleged that Blyden wrote on her Facebook page that the former Defense Minister Alfred Paolo Conteh, who was in custody at the Criminal Investigation Department (CID) headquarters in Freetown, had been kept in dehumanising conditions. She also shared a report by the Awareness Times of Sierra Leone that made similar claims about Conteh’s detention conditions.

Also in court alongside Blyden on her first appearance on May 22 was another activist, Hussain Muckson Sesay. The child rights activist was arrested by the police on May 3, 2020 and later charged with “perversion of justice.” Sesay’s crime was that he had photographed the detention centre where Blyden was being held and shared the pictures on social media.

Sesay was granted bail on May 28, 2020, alongside Blyden by Magistrate Hannah Bonnie of the Freetown Magistrate Court in the sum of one billion Leones (approximately USD100, 000) each.

The magistrate ruled that they both should attach a permit plan and valuation certificate of the properties to the bail bond, which must be approved by the Master and Registrar of the High Court.

While we welcome Blyden and Sessay’s release on bail, we think that they should not have been arrested in the first place.

The detention without judicial authorisation of Blyden and Sessay for 22 and 19 days respectively was a violation of their rights under Section 17 (3) (a) of Sierra Leone 1991 constitution which states that “Any person who is arrested and detained for the purpose of bringing that person before a court or tribunal and who is not released, shall be brought before a court of law within ten days from the date of arrest.”

The detentions also violate sub-section 3(b) of Sierra Leone’s constitution which provides that a person arrested in cases such as that of Dr Blyden and Sessay must be charged to court within seventy-two hours.

The charges against the two stem directly from their critical social media activities as journalists and activists. This activity should not be punished in a democratic state. President Julius Maada Bio made a similar observation during his maiden cocktail meeting with a section of Sierra Leone’s media on December 5, 2018.

“Part Five of Sierra Leone’s Public Order Act criminalises any publication that is deemed defamatory or seditious and has been used as a regime to unduly target and imprison media practitioners and silence dissident views,” President Bio said.

On September 11, 2019, President Maada Bio, got his cabinet to approve a draft Bill to repeal the Criminal and Seditious Libel laws of the 1965 Public Order Act. The Bill is awaiting approval by parliament.

It is therefore strange that the same law is being used to try Blyden and Sessay.

“Once a government concedes that a particular law is repressive and begins a process to repeal it, it would be contradictory and a demonstration of bad faith for the same government to charge citizens under the same law it has committed to repealing,” said Vivian Affoah, Programme Manager for Freedom of Expression at the MFWA.

The MFWA also condemns the seizure and intrusive search of the Blyden’s phones and computers as an abuse of her privacy rights. In addition to the seizure of her digital devices, the authorities have reportedly interfered with her Facebook account. Although she was not allowed access to any communication tools while in custody, a statement purported to be from her was posted on her Facebook wall on June 17, 2020.

“Meanwhile, it is important to inform all that a purported PERSONAL STATEMENT issued here on this exact Facebook URL, dated June 17th 2020 in the name of Dr. Sylvia Blyden and claiming to be addressing various issues on her behalf, is a complete fraud. It was never so authorized,” the Office of Dr. Sylvia Olayinka Blyden said in a disclaimer issued shortly after her release. It added that the office of Dr. Sylvia Olayinka Blyden are working with senior officials of Facebook to fully secure the journalist’s Facebook Wall “from any unauthorized activities.”

The defamation charges brought against Blyden and Sesay and the subsequent abusive treatment meted out to the activists over their social media posts hardly inspire confidence that the Sierra Leonean government is genuinely committed to promoting freedom of expression. The MFWA therefore urges the authorities to drop the charges against the two and to investigate the reported breach of Blyden’s Facebook account. We also urge the Police in Sierra Leone to desist from further harassing the two activists.

We further urge the Sierra Leonean Parliament to expedite the processes and repeal the Criminal and Seditious Libel laws of the 1965 Public Order Act.