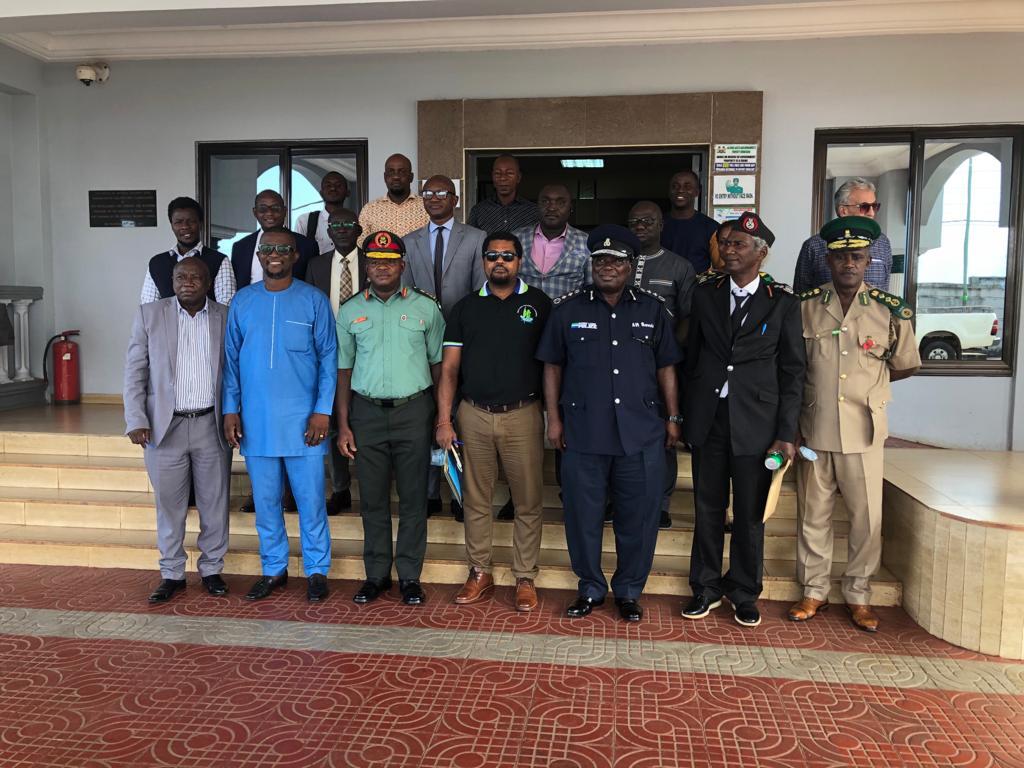 Media stakeholders in Sierra Leone have climaxed a roundtable discussion with all the security agencies in the country with the signing of an MOU to enhance cooperation and mutual understanding in order to promote the safety of journalists.

The MOU was signed on November 3, 2021, after a frank and friendly dialogue between representatives from the media and the security services made up of the Police, the Military, the Fire Force, the Sierra Leone Correctional Services, and the Office of National security. The event took place at the Office of National Security (ONS) headquarters on Tower Hill in Freetown.

The initiative formed part of activities by the media in Sierra Leone to mark the International Day to end impunity for crimes against journalists which was celebrated globally on November 2.

At the end of a fruitful dialogue, the Inspector General of Police (IGP), Michael Ambrose Sovula, said the meeting is another piece of history for press freedom in Sierra Leone.

“I consider today to be like the day when his Excellency the President repealed the Libel law, sparking jubilation across the country, especially in the media industry. We have come together to sign a memorandum of understanding to cap the repeal of libel from our laws. This means we would be able to give journalists a conducive environment to operate and meet the needs of the people of this country. So it is a laudable event,’’ the IGP said.

Acting National Security Coordinator, Abdulai Caulker, said that it is the responsibility of the security sector to ensure the preservation of peace, law and order in society, adding that the media has a corresponding responsibility.

“Both the media and the security sector play a significant role to consolidate the hard-won democratic credentials of this country. The security sector will always avail itself to ensure that the media has access to information as long as it is not dangerous to peace and doesn’t impinge on national security. As we are approaching the electioneering process, I especially entreat the media not to resort to misinformation, disinformation, that will heighten the insecurity in the country,’’ he said.

He pledged on behalf of his colleagues in the security sector that they would provide a safe and conducive environment for journalists to ply their trade.

For his part, the president of the Sierra Leone Association of Journalists (SLAJ), Ahmed Sahid Nasralla, said that journalists must have a safe space to operate despite the dangers that come with the terrain they are working in, adding that the security agents are crucial in creating the ideal environment.

“The security sector must guarantee safety and ensure the protection of journalists during political and other events especially before, during and after elections. That’s why today we are holding this round table dialogue with the security sector to start working together to address these challenges. Engagements like these are essential for the responsible maintenance of the law and order on one hand and for ensuring the safety and security of journalists and media workers at all times,’’ he said.

Reacting from Accra to this development, Muheeb Saeed, Senior Programme Officer at Media Foundation for West Africa (MFWA) said “The press freedom environment in Sierra Leone has improved significantly in recent times. The roundtable discussion among stakeholders involved in the safety of journalists and the subsequent signing of an MOU to guide and improve relations between the media and the security service is a laudable initiative that should further enhance the safety and security of journalists in that country.”

Muheeb Saeed added, “This dialogue is highly welcome because relations between the security agencies and the media has been traditionally frosty while law enforcement agents are about the most repressive perpetrators of violations against journalists across West Africa.”

Press freedom in Sierra Leone received a massive boost on October 28, 2020, when President Julius Maada Bio assented a new law to repeal Criminal Libel, after the Parliament of Sierra Leone unanimously approved the bill on July 23, 2020.

On July 5, 2021, the MFWA and its partner organisation in Sierra Leone, the Media Reform Coordinating Group (MRCG), launched a report on “The State of Media Freedom in Sierra Leone” jointly produced by our two organisations. Focused on the three years of President Maada Bio’s administration, the report said that press freedom has seen a marked improvement during the period under review.

As observed during the launch by Dr Francis Sowa, Chairman of MRCG, “while the 29 violations, which translates into about nine violations a year is regrettable, it is a marked improvement on previous records and an indication that the fight against press freedom violations can be won.”