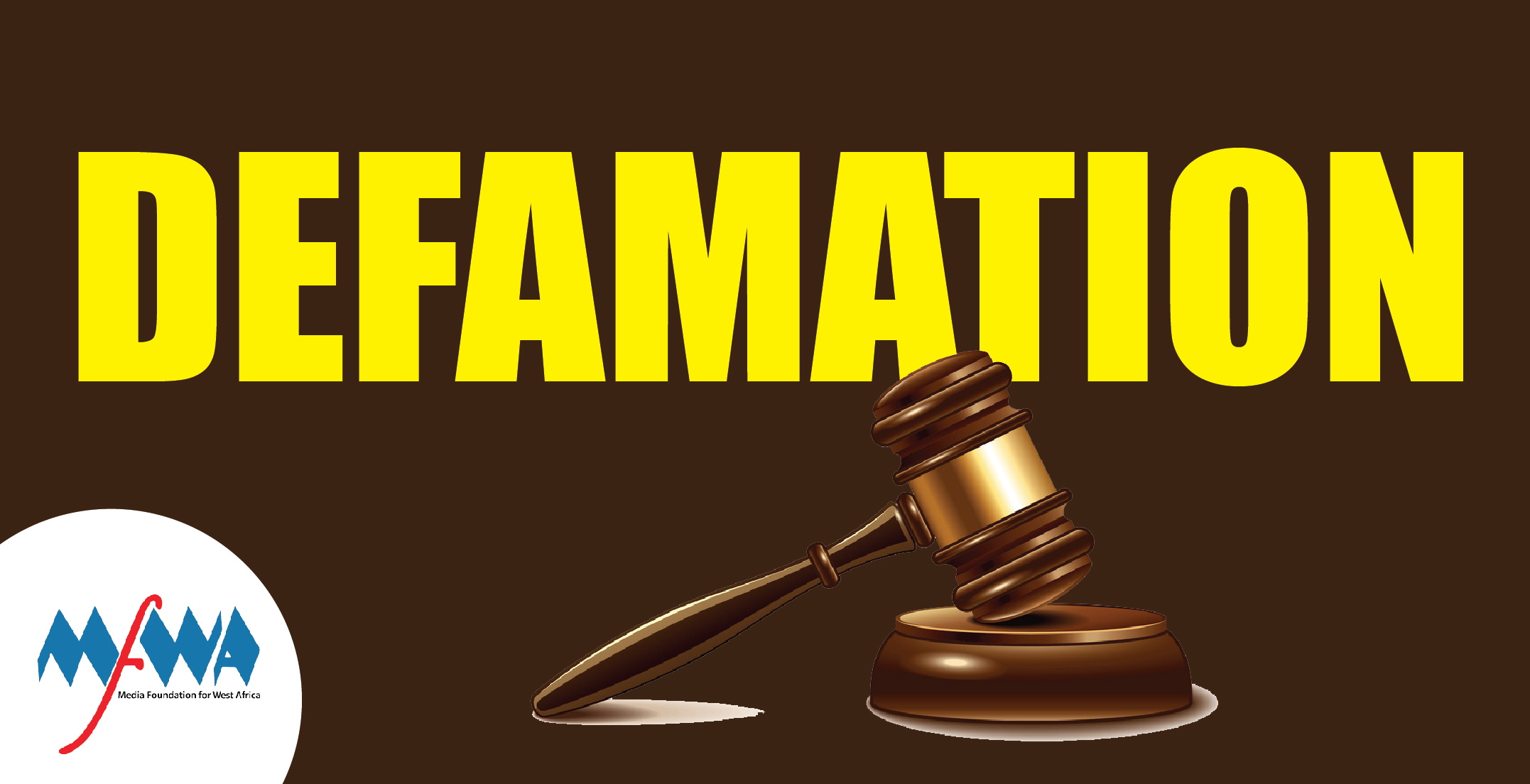 In this piece,  Muheeb Saeed, programme officer, and Edzodzi Kokou Ahiadou, programme associate, both with our Freedom of Expression programme, assess a sequence of defamation suits against journalists and media houses in West Africa over a period of 16 weeks to inquire whether there’s a growing sense of unprofessionalism or intolerance in the media landscape in the region.

Over a period of four months (March 26 to July 18, 2019), the MFWA has recorded a series of defamation suits, arbitrary arrests and detentions of journalists upon complaints by senior state officials and powerful citizens, in a trend that either raises questions about professional standards in the media or demonstrates growing intolerance for critical journalism in  West Africa.

Guinea set the pace on March 26 when Lansana Camara, editor of the news website conakrylive.info, was detained on the orders of the Minister of Foreign Affairs. The journalist spent eight days in detention after the Minister complained about an article about fuel purchases by his Ministry.

On April 15, 2019, Liberia’s Minister of State for Presidential Affairs, Nathaniel McGill, filed a defamation suit against radio programme host Henry Costa and his radio station, Root FM.  The minister demanded US $ 500,000 in damages and the closure of the radio station.

On June 10, 2019, armed policemen accosted Kissel Webster, a sports journalist with the INGUIRER newspaper, at the Antoinette Tubman Stadium in Monrovia on the orders of Wilmot Smith, Vice President of the Liberian Football Association (LFA). Without producing a warrant, the police officers arrested Webster on charges of defaming the football official.

On June 27, 2019, national security operatives stormed the offices of ModernGhana.com, seized computers and arrested two journalists of the online media outlet. In what the MFWA described as “typical of military and autocratic regimes” and “unimaginable” in Ghana, the security officials hooded Emmanuel Ajarfor Abugri, Deputy Editor, and Emmanuel Yeboah Britwum, a reporter, and took them away. The journalists were detained for three days and interrogated, with Abugri reporting that he was  tortured. The government later arraigned the two on cybercrime charges which it later withdrew. The journalists however insisted that their ordeal was only in relation to a critical publication about the Minister for National Security and a ruling party Member of Parliament, an article which the website had been ordered to pull down.

In Sierra Leone, four journalists were detained for four days after they appeared in court on June 28, 2019, on defamation charges, upon the complaint of a lawyer, Pa Momoh Fofanah.

Sallieu Tejan Jalloh and David Johnson, Publisher and Editor of Times SL, respectively; Mustapha Sesay, Publisher and Abu Bakarr Kargbo, Senior Editor, both of the Standard Times Newspaper, were detained on June 28, 2019, when they failed to meet stringent bail conditions set by a Magistrate Court in Freetown. They were each required to provide, before close of day, three guarantors aged over 50 years, two of whom must have a house, be resident in Freetown, hold a passport and have an amount equivalent to Le 350 million (approximately $ 40,000) .

Another state official, Aboubacar Makissa Camara, Director of the National Tax Department of Guinea, was the instigator, as Habib Marouane Kamara, a journalist with Nostalgie FM, was on July 10, hauled before a judge on defamation charges relating to a Facebook post.

On the same July 10, a journalist working with the New Dawn Newspaper, Othello B. Garblah, was summoned by a judge of a criminal court in Monrovia, Liberia to answer charges of contempt of court. The charges related to an article written by the journalist which was published with the photo of Judge Peter W. Gbeneweleh.

In Mali, it was Karim Keita, the Deputy Speaker of the National Assembly and son of the President, who dragged two journalists to court for defamation. The suit against Adama Dramé, director of the Le Sphinx newspaper and Mamadou Diadié Sacko, manager of the privately-owned RFM Radio, was however dismissed by the court of first instance in Bamako, on July 18, 2019.

These suits and arrests on the basis of alleged defamation should provoke some introspection by journalists and press freedom defenders about the issue of professionalism and respect for the journalistic code of ethics.

These alleged abuses of the pen, microphone and keyboard make the work of press freedom defenders difficult and complicated, as it provides a pretext for the decision-making authorities to resist advocacy to repeal repressive press and freedom of expression laws.

This is not to welcome or defend the monstrous US $ 500,000 damages and the closure of Roots FM as demanded by Minister Nathaniel McGill in his suit against Henry Costa. Nor does the concern over creeping unprofessionalism justify the unrealistic bail conditions demanded of the four Sierra Leonean journalists, leading to their four days’ detention.

With Guinea having scrapped criminal proceedings and custodial penalty for press offenses, the arrest and detention of Lansana Camara by the Guinean authorities upon a defamation complaint by a Minister was a blatant abuse of power. Camara’s release after a street protest by his colleague media professionals is evidence that the decision to imprison the journalist was arbitrary in the first place.

However, in the light of the above, journalists must respect strictly the ethical code of the profession and, at all times, exercise as much discretion as they can without self-censoring when processing and disseminating information.

On the other hand, most of the actions – arrests, detentions and suits against journalists and media houses – are often not pursued to their logical conclusion, suggesting that they are only a show of power intended primarily to harass and intimidate the media into silence. Given the media’s watchdog role, its weakening does not augur well for the much-needed balance of power in democratic societies.

The authorities, must therefore take steps to ensure that press freedom and freedom of expression is safeguarded against capricious judicial attacks.