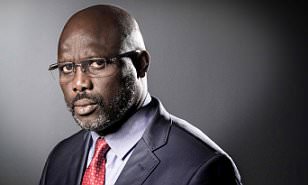 Just one week into the new year, thousands stormed the streets of Monrovia and marched to its capitol building in an attempt to crack down on the country’s government. Hours into the protests, police sprayed tear gas and fired a water cannon at demonstrators, sending dozens to emergency rooms throughout the city. Numerous reports reveal President Weah’s administration stifled the freedom of expression from several journalists and media houses, including the 2019 incident when unknown assailants attacked Joy FM, a radio station based in Monrovia. The assailants disrupted the station’s transmission by cutting the cables connecting the antenna to the transmitter.

In another incident just the year prior, a journalist working with a local radio station in the country was killed while he was going to work. The killing came at a particularly difficult moment for the media in Liberia, which was in the beginning stages of coming under siege after the offices of FrontPageAfrica (FPA), Liberia’s leading online newspaper, were shut down and its staff bundled away by sheriffs. The action was in connection with an advertiser’s announcement published in the newspaper, which resulted in a $1.8 million suit.

President Weah replaced former Nobel Peace Prize winner, Ellen Johnson Sirleaf, as commander-in-chief in January 2018, a time when the country inched closer towards progress. Under the Sirleaf administration, she increased efforts in safeguarding free speech. According to Freedom House, an independent watchdog organization, “conditions for the media improved slightly in 2015 as the country recovered from the previous year’s outbreak of the Ebola virus, which had prompted a state of emergency and related restrictions on journalists.” But problems remained. Days before Sirleaf’s presidential term was about to end, she was ousted by her own political party and faced numerous allegations of “corruption and nepotism.”

So, when former UN goodwill ambassador, President Weah, stepped onto the political stage, the future of Liberia’s media landscape appeared optimistic. The prized athlete, who won World Player of the Year in both Africa and Europe, excelled equally in football as he did in activism, as he was credited for helping to end the country’s crippling civil war, among other humanitarian efforts. In 2005, he ran for president, but lost to his opponent, Ellen Johnson Sirleaf. Then in 2014, he clinched a seat in Senate against Robert Sirleaf (Ellen Johnson Sirleaf’s son), winning in a landslide with 78% of the votes.

Three years later, the promising politician – with no political experience – was named candidate for president under the Coalition for Democratic Change (CDC). In 2017, he was elected president and one month later, he was sworn in. “I measure the importance and the responsibility of the immense task which I embrace today,” he tweeted shortly after the win. “Change is on.”

Change is on, but not for the better. Liberians were stunned when state actors including President Weah, his senior appointees and members of Parliament acted in ways that have put the government and the media on a collision course amid fears that the situation might reverse the country’s democratic gains.

In a statement issued in March 2018, which amply captures the frosty government-media relations, the umbrella journalists’ organization in Liberia, Press Union of Liberia (PUL), said that “it has followed with total dismay rabble-rousing comments from different sections of the Weah Administration directed towards the media in Liberia.”

In 2019, however, analysts applauded the country’s administration when it decriminalized libel, which experts said was a crucial catalyst for freedom of expression and press freedom in Liberia. President Weah signed into law on February 28, 2019 a bill to amend sections 11:11, 11.12 and 11.14 of the criminal code which prescribed prison terms for a range of speech offenses. The Senate endorsed the bill on February 7, 2019 after the House of Representatives of the Liberian parliament had approved it on July 3, 2018, paving the way for President Weah’s eventual signature.

But more needs to be done. In addition to several corruption allegations that have left a unremovable smear on his presidency, President Weah must ensure that Liberians have access to internet and social media platforms, especially after apps including Twitter, Facebook, Instagram and WhatsApp were disrupted throughout Liberia in June 2019. According to the internet advocacy group, Netblocks, there were also disruptions to the Associated Press website and Google’s news services.

With three years left in office, President Weah still holds a unique opportunity to reshape Liberia through media and good governance. The media should continue to apply the necessary pressure on government to ensure that its 4.7 million people have access to the information they justly deserve.