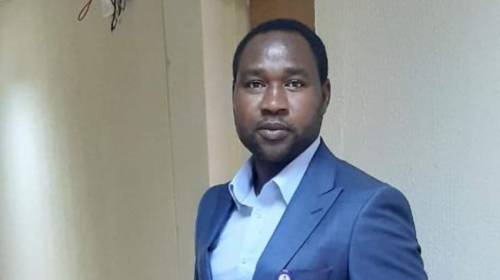 The Media Foundation for West Africa MFWA is appalled at the 24 years imprisonment of activist Bala Mubarak by a court in Kano and calls on the Nigerian authorities to ensure the ridiculous ruling is reversed through every possible legal means.

Bala, who is the President of the civil society group Humanist Association of Nigeria, was arrested at his home in Kaduna on April 28, 2020.  This came a day after a group of lawyers in Kano State petitioned the Commissioner of Police in the State, accusing the activist of insulting Prophet Muhammad on his Facebook page. Bala has since been in detention.

He was convicted on April 5, 2022, after pleading guilty, according to reports, against the advice of his counsel, and asked the court to show compassion.

“The nearly two years’ detention of Bala was a blatant abuse of his rights. To follow it up with 24-years imprisonment is the height of outrage. This decision is an affront to Freedom of expression and of opinion, and must be reviewed immediately,” said Muheeb Saeed, Senior Programme officer at the MFWA.

Despite northern Nigeria’s history of similar blasphemy cases, and given the high-profile campaign for Bala’s release, the sentencing of the activist has shocked many in the human rights and freedom of expression circles. For example, after his arrest in 2020, eleven United Nations experts, including six special rapporteurs, came together to call for his immediate release

“Today is a sad day for humanism, human rights, and freedom in Nigeria. The sentencing of Mubarak Bala is a stark violation of the rights to freedom of expression and freedom of religion or belief. We urge the authorities in Nigeria to ensure that this judicial charade does not stand.”

In a telephone chat with the MFWA, the Director of Public Affairs and Policy at Humanists UK, Richy Thompson, said Bala should not have been arrested in the first place.

“No one should be treated in the way that Mubarack Bala has been treated. His rights have been repeatedly violated throughout this case. In the first instance, they were violated when he was arrested for something that shouldn’t be a crime at all. And now, they have finally been violated again, when he’s been given this extremely long sentence for something that, as I said, shouldn’t be a crime at all.”

Thompson called on the Nigerian authorities to release Bala and work to reform its criminal code.

“We call on the Nigerian government to release him in a matter of urgency, and to, more generally, work with the Kano state authorities to reform their penal code so that other people aren’t prosecuted in this manner.”

The MFWA deplores the conviction of Bala and reiterates its concerns over anti-blasphemy and anti-apostasy laws, which are often too broadly and vaguely worded, leaving room for wide discretionary, often abusive, application.