New Era in The Gambia: Government Joins Civil Society to Hold Forum for Victims of Abuse 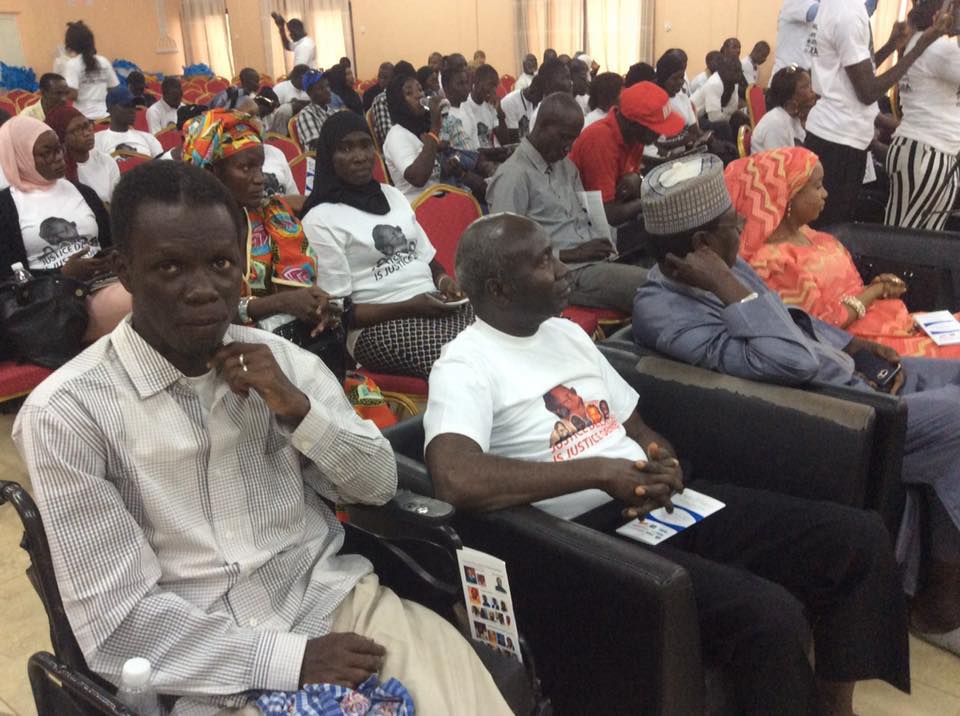 As part of efforts to help bring an end to impunity in The Gambia, the government has joined the Media Foundation for West Africa (MFWA) and national partner organisation, the Gambia Press Union (GPU) to hold a forum  in remembrance of victims of abuse under the Yahya Jammeh administration, with a pledge by the government to ensure justice in pending emblematic cases of impunity in the country.

‘The victims forum’ held on December 16, 2017, was organised in honour of victims of freedom of expression violations in The Gambia and was supported by the International Freedom of Expression Exchange (IFEX).

Held at the UTG Law Faculty in Kanifing in the capital Banjul, the event was organised in partnership with the Ministry of Information and Communication Infrastructure, Deyda Hydara Family, The Point Newspaper, Article 19 West Africa and Victims Centre (association of the victims of former president Yahya Jammeh).

“The days of tyranny are over and there is no way The Gambia will go back to such days again,” said Emil Touray, President of GPU in his opening remarks. “This event is not only marking the 13th anniversary of the assassination of Deyda Hydara, but also the demise of tyranny.”

The President of GPU also called on the state to investigate the gruesome murder of Deyda Hydara, the disappearance of Chief Ebrimah Manneh, both critical journalists whom the Jammeh regime could not tolerate.

In line with a recent improvement in government-media relations, a senior government official attended the programme. Ndey Tapha Sosseh, Special Adviser to the Minister of Information and Communications Infrastructure (MoICI), reaffirmed the government’s commitment to implementing the ECOWAS Court judgements in respect of murdered journalist Deyda Hydara, disappeared journalist, Chief Ebrima Manneh and tortured journalist Musa Saidykhan. The judgment in 2015 ordering the state to pay compensations to the victims was repeatedly spurned by the Yahya Jammeh government.

Another proof of the cordial relations between the government and the media was the presence at the forum of a two-man delegation from the National Assembly; Ousman Sillah and Suwaibou Touray. The lawmakers delivered solidarity statements and assured the gathering that the National Assembly was in support of protecting and promoting freedom of expression.

Pap Saine, a journalist who co-authored The Point newspaper with Deyda Hydara and suffered detentions and imprisonment on a number of occasions, welcomed the government’s stated commitment to complying with the decision of the ECOWAS court to compensate the family of Deyda.

The sister of Chief Manneh, Adama Manneh, made an emotional presentation recounting how the disappearance of her brother, who was the family’s breadwinner, affected the family. She appealed to the government to investigate the circumstances surrounding her brother’s disappearance.

Hydara’s son, Baba Hydara also eulogised his father describing him as a man of dignity who fought for the truth. He ended his brief speech with an appeal to the government to ensure that the freedom and accountability that his father fought for will be achieved in The Gambia.

Meanwhile, the forum created a piece of history, being the first time that the journalism fraternity was granted police permit to hold procession to the site of Hydara’s killing. In commemoration of the first anniversary of his murder in 2004, the GPU called a march to the site but they were dispersed from the meeting point by security forces. Since then, all attempts to march to the site were futile under the government of Yahya Jammeh.

At least 150 people, mainly journalists and other well-wishers, took part in the maiden successful march, chanting slogans such as ‘We need justice. Now!’ The marchers included the managing editors and directors of Foroyaa, The Voice and The Point newspapers as well as top senior journalists and activists in The Gambia.

Nyangsara Jobe, one of the two female staff with Hydara in the vehicle when he was killed, spoke to journalists at the site. Ms Jobe sustained a gunshot injury on her knee; she was flown to Dakar, Senegal by GPU and partners for treatment which lasted for months. Jobe’s recount of the events that day was significant as it was the first time that she talked about the incident openly to the media. Jobe appealed to the new government to do everything possible to bring the killers of Hydara culprits to book.

If evidence was required about The Gambia’s progress in the area of building goodwill between government and media, the Victims Forum amply provided it. The MFWA and GPU are delighted about this healthy development and call on the government in particular to redeem its pledge to support the media and to pay the victims’ compensation delivered by the ECOWAS Court.