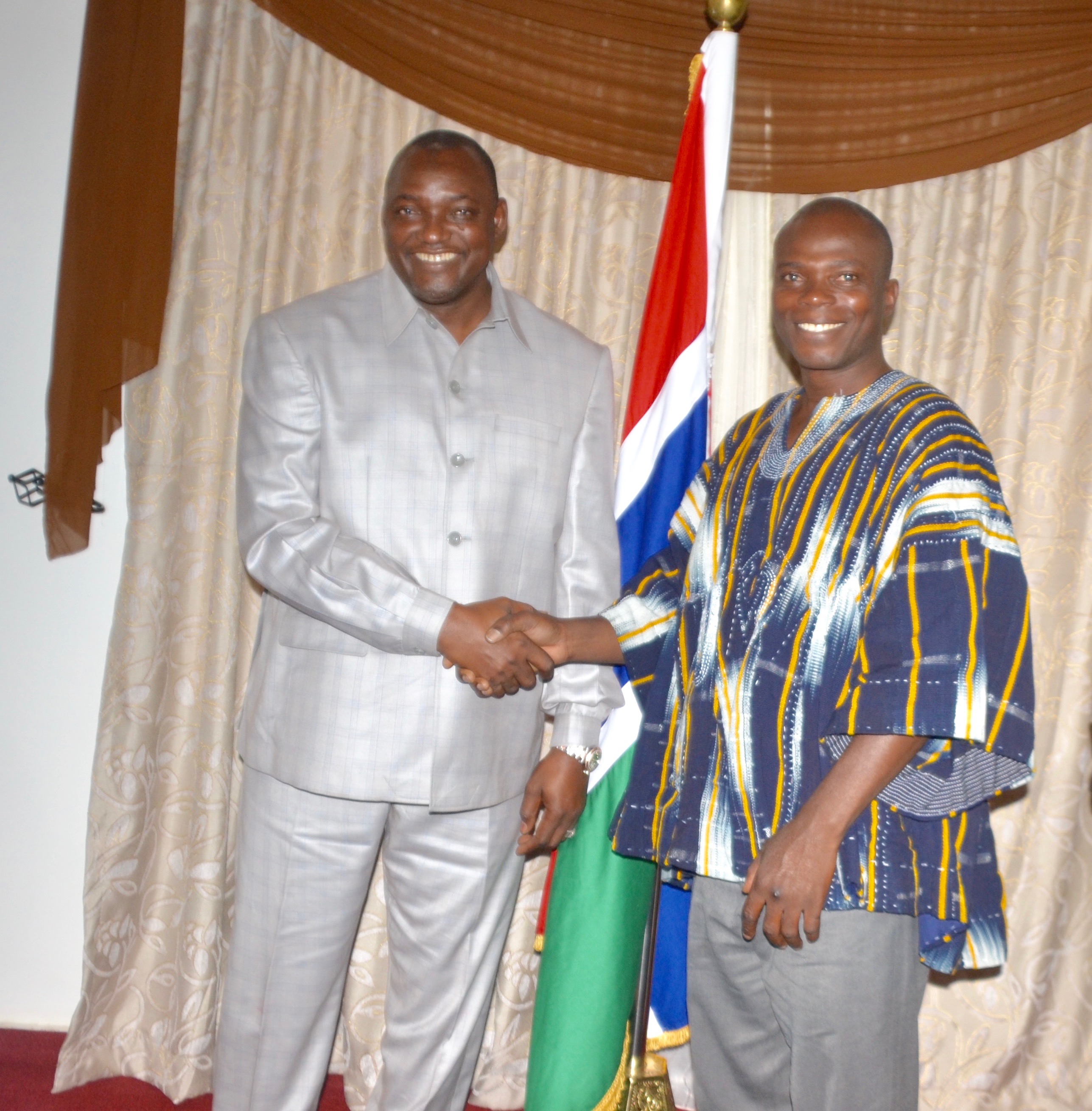 The president of The Gambia, Adama Barrow, has indicated his commitment to promote and protect press freedom as well as dealing with past issues of impunity for crimes against journalists in the country.

“A country cannot develop without strong media and that is why my government is committed to taking steps such as reforming media laws and working with partners to ensure a freer environment for the operations of the media,” President Barrow said during a meeting with a delegation from the Media Foundation for West Africa (MFWA) in his office at the capital Banjul.

The President expressed gratitude to the MFWA saying “I thank you for all the great support to The Gambian people over the years and I assure you that I will be media-friendly.”

The MFWA as part of its effort to strengthen the media to support the transition and democratic consolidation processes in The Gambia has deployed a four-member media-assessment mission to The Gambia.

The delegation which shall be in The Gambia for one-week is holding discussions with government officials, media community and other key actors on the ground. The mission will produce a report that will highlight the media context in The Gambia, the challenges facing the industry and make recommendations on processes to strengthen the media.

High on the agenda of the MFWA mission will also be discussions on outstanding issues of impunity for crimes perpetrated against journalists by the Yahya Jammeh regime. The discussions on the issue of impunity will be mainly focused on the non-compliance by the Jammeh regime of three judgements of the ECOWAS Community Court of Justice delivered in favour of three journalists, Chief Ebrima Manneh (in 2008); Musa Saidykhan (in 2010); and Deyda Hydara (in 2014).

To this end the MFWA delegation met the family of Chief Ebrima Manneh, a victim of enforced disappearance in 2006.

“I want to know who murdered my son,” said 94 year old Mr Sarjo Manneh, father of the disappeared journalist as he sobbed while talking to the delegation.

Mr Manneh said all he wanted was justice and has been having sleepless nights since his son disappeared.

The MFWA delegation assured Manneh’s family of the commitment of the organisation and its partners such as IFEX to ensure that justice is done and impunity for crimes against journalists brought to an end in The Gambia.

The MFWA and its national partner the Gambia Press Union have been working collaboratively over the years to promote press freedom under the repressive Jammeh regime. The two organisations are therefore committed to working together to strengthen the Gambian media sector

LiberiaFree Expression and The Law