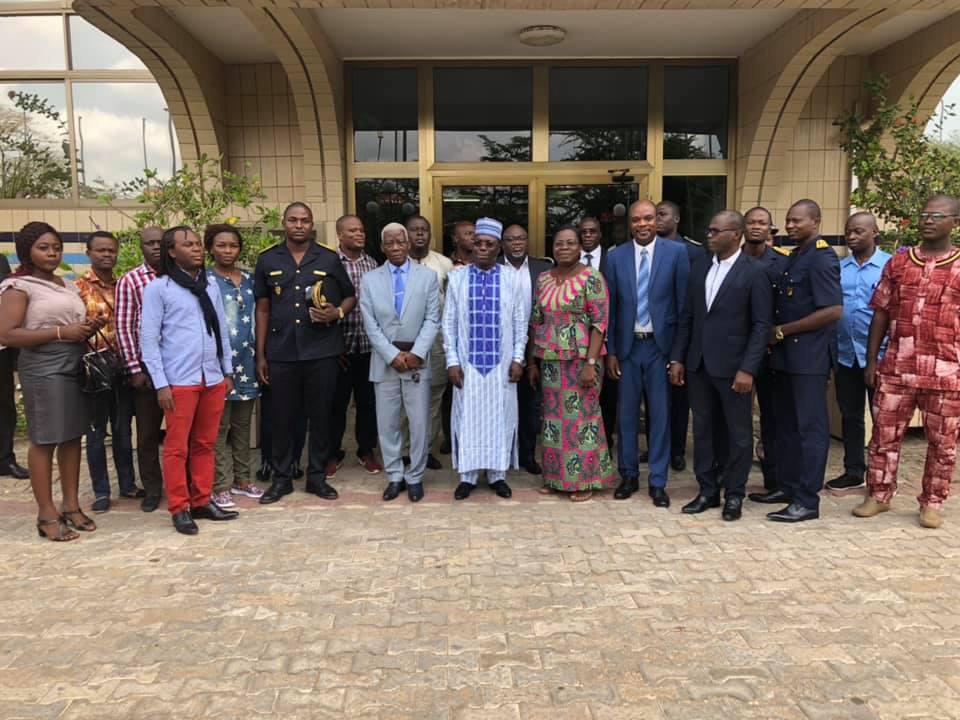 As part of its campaign and advocacy strategies to enhance safety of journalists across West Africa, Media Foundation for West Africa (MFWA), in collaboration with its national partner organisation in Togo, Union des Journalists Indépendants du Togo (UJIT), on March 5, 2019, organised a one-day national level forum on police and media relations at the Hotel Eda-Oba in Lomé.

The forum brought together journalists, editors, officials of the media regulator, High Authority for Audiovisual and Communications (HAAC), as well as the top brass of the Police and Gendarmerie. There was also a strong government representation including the Togolese Minister of Communication, Sports and Civic Education, and an aide to the Minister in charge of the national security.

The forum also served as a platform for both police and media to express their grievances and to discuss ways to improve the working relationship between the two sides to end incidents of assaults on journalists and protect the media to carry out its mandate.

Two presentations were made by a senior police officer, Commissioner of Police, Ayewana-Adan Kossi and a member of the HAAC, Pierre Sabi Kassere, on the topics “Police Principles of Law Enforcement” and “Journalistic Principles in the Coverage of Public Events”, respectively

The presentations were followed by open discussions where participants expressed their concerns, expectations and offered suggestions on ways of strengthening relations between the police and the media. At the end of the forum, a seven-point recommendation was adopted:

This initiative was funded by UNESCO-IPDC.