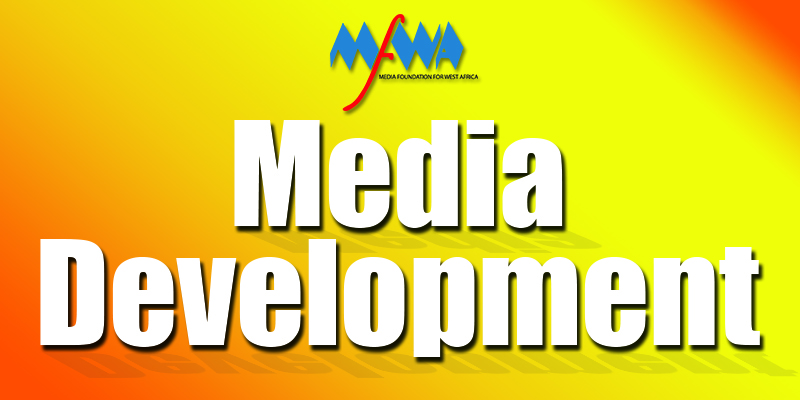 As the media landscape in West Africa continues to change rapidly with several challenges, Programme Manager for our Media and Good Governance Programme, Abigail Larbi-Odei, takes a look at the media’s role in governance in the region, the challenges, what was done under the Programme in 2018, and what her team will be focusing on in 2019.

In West Africa today, there is undoubtedly a boom of media outlets. The media landscape has evolved from the single state-owned media to one characterised by proliferation of media organisations in all forms – radio, television, newspapers and online media portals.

This boom, coupled with the use of social media, has widened the civic space for media audience. There is evidence of increased public access to information, opportunities to create and disseminate content, and demand for transparency and accountability from duty bearers. Indeed, the transition from autocratic rule to democratic regimes in the West Africa region, over the last two decades, has contributed significantly to this phenomenon.

As watchdogs and agenda-setters, the media have, through their platforms, largely facilitated several critical public discourses on development issues that have yielded some notable results. However commendable these may be, the multiplicity of media outlets has not necessarily translated into diversity of media content, editorial independence, and quality of output. The question is often asked whether the media in the region really serve the public interest or are just puppets of some parochial interests.

Whichever way one looks at it, unprofessionalism, partisanship, financial dependence and issues of sustainability remain a continuous struggle. Majority of media outlets are either comatose or on life support. Their survival is seasonal or just in name. What is evident is the resort to survival tactics resulting in over commercialisation at the expense of quality and professionalism. The implication is the waning public trust and support for the media as reported by the 2018 Afrobarometer.

What is also interesting is the changing media habits, attitudes and perceptions of consumers, which dictate market share and call for more effective techniques in audience engagement. Again, the impact of media ownership on output and the constantly changing trends of media capacity-building models also call for critical attention.

The Media and Good Governance Programme in 2018

In 2018, through the support of its funders, the MFWA and its partners in the sub-region contributed significantly to improving media development. Some of the projects we embarked on in 2018 include:

Coming into 2019, we are encouraged by these positive developments to contribute further to media development in the region through research, knowledge generation and dissemination, capacity building, advocacy, and campaigns. A specific focus will be on the following: