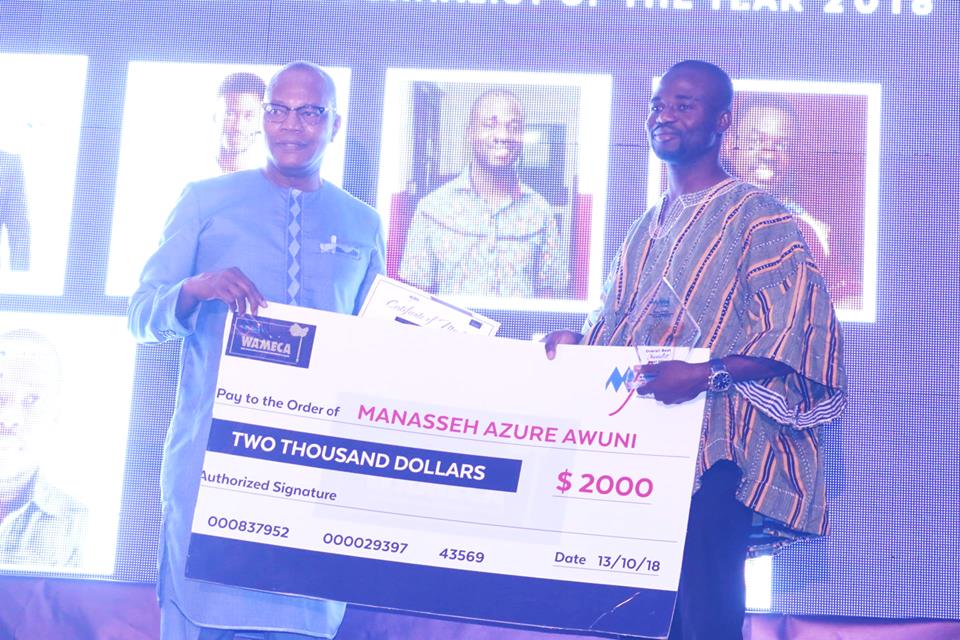 The Media Foundation for West Africa (MFWA) has announced the winners of the 2018 West Africa Media Excellence Awards at a ceremony held in Accra, Ghana on Saturday, October 13.

The event was graced by distinguished diplomat, Special Representative of the United Nations Secretary-General and Head of the UN Office for West Africa and the Sahel (UNOWAS), Dr. Mohamed Ibn Chambas, as the guest of honour.

Dr. Chambas in his remarks on the significance of press freedom and journalism excellence highlighted the role of the media in preventing conflict and ensuring peace and stability in the West Africa region.

“The media remains a main interlocutory in my pursuit for peace and stability in the region,” he said. “I would therefore like to recognise and applaud the role of the media in preventing conflict and sustaining peace through the revelation of abuses, disappearances, arms, caches, killings and excess of clashes with security forces.”

In all, eight awards including the overall best journalist award were presented in front of an audience of over 250 guests.

Manasseh Azure Awuni of Multimedia Group Limited, Ghana was adjudged the West Africa Journalist of the Year, as well as the best reporter in Anti-corruption reporting for his story “Robbing the Assemblies”.

Anthony Akaeze who works with TELL/ICIR, Nigeria, was adjudged the winner for the investigative reporting category for his story “Investigation: Darkness in Lagos despite N4billion ‘Light Up Lagos’ project”.

The best journalist for Health Reporting went to Seth Kwame Boateng, Multimedia Group Limited, Ghana, for his story “Next to die”.

The Telecommunications and ICTs reporting award went to Richard Kwadwo Nyarko of Multimedia Group Limited, Ghana for his report “Using Stones as Mouse in ICT Classes”.

While Victor Ekwealor of Techpoint, Nigeria was adjudged best reporter for the Business reporting category for his story “Can technology help dried fish nourish the Nigerian economy?

The winners of West Africa Media Excellence Awards received a cash prize of $500 each, a plaque and a certificate while the overall best journalist took home a cash prize of $2000. All winners will have the opportunity to participate in year-round training programmes and also become Fellows of the MFWA’s Journalism for Change Network.

The event was also covered by several media partners across West Africa.