How Participatory Governance is Improving Delivery of Social Amenities in Ghana 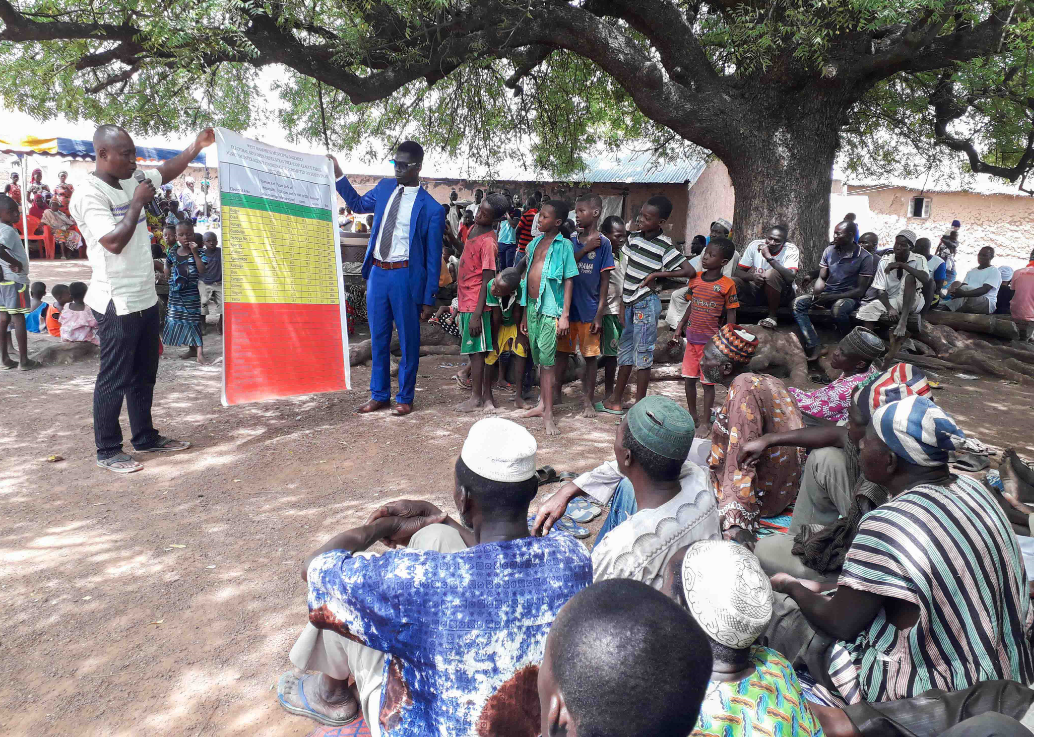 Access to information is a universal human right enshrined in the 1992 constitution and further emphasised in Ghana’s newly-passed Right to Information (RTI) Law. This law mandates government agencies and local authorities to make information available to citizens. It further encourages proactive information disclosure and empowers citizens legally to access information.

However, there are a lot of factors affecting citizens’ access to information particularly at the community level where information and development opportunities are almost non-existent.

Bringing governance to the doorstep of the people requires strategies and interventions suitably adapted to particular local contexts. The MFWA, therefore, partnered with two (2) key institutions in in each project district. These were  the Assembly and the media (a partner radio station). The local Assemblies played an essential role by availing themselves for public engagements. Platforms such as townhall meetings and State of the District (SOD) Radio Broadcast, were used to facilitate citizens-authorities dialogue.

The platforms empowered citizens to exercise their right to information by seeking updates on the state of infrastructure development and delivery of social services in the district, and at the same time, expressing their views and concerns. The Chief Executives of the respective Metropolitan, Municipal and District Assemblies and other local government officials responded to the concerns from citizens and made commitments and action points to address the issues raised. These commitments were tracked and monitored to promote responsiveness and accountability from duty bearers.

The project achieved successes, which re-emphasise the fact that access to information and participatory governance is crucial in development.

The project resulted in significant changes in the target areas.  For instance, citizens in Vieri, community in the Wa West District, got connected to electricity, after community members bemoaned the absence of electricity during a town hall meeting. In fulfilment of the pledge he made at Forum, the District Chief Executive (DCE), Hon. Edward Laabir, took up the matter with the Electricity Company of Ghana in the region. The partner radio station, Radio Upper West, worked with the community to follow up on the issue until they were connected to the national grid. The Assemblyman for the area expressed his appreciation:

“The whole community is happy and the electricity is going to be very useful to the community. Today started as one of the greatest days for this community and we will make good use of the electricity. The community will like to extend appreciation to the MFWA and Radio Upper West for following up on the issues and today we are getting the reality. We thank the Honorable DCE and everybody that mattered in the process and the community will always be grateful”.

Secondly, citizens in the Twiffo Osenagya community in the Twiffo Atti Morkwa District of the Central region requested for cocoa storage facility during a town hall meeting.  Nine months after the request, the District Assembly constructed the facility which is currently 90% complete.

The project further promoted inclusiveness and created a platform for marginalized groups to participate in local governance. Six People Living with Disabilities (PWDs) in Gbeeri community in the Lawra Municipality have been enrolled as beneficiaries of the District’s Common Fund. The plight of PWDs was raised by their leadership during a town hall meeting in the community.

In Loagri, a community in the West Mamprusi Municipality of the North East Region, the chief and his elders bemoaned the practice of open defecation. In the 2019 open defecation ranking, the community was ranked 29th out of 30 communities in the Municipality. During a town hall meeting between citizens and the Assembly officials, the issue was discussed extensively and the Assembly made a commitment to provide a toilet facility. Currently, a toilet facility has been completed.  “The facility is built closer to the school for everyone to access, particularly the pupils. The school children are happy with the toilet and we really considered them before building it close to them because they are more vulnerable. In fact, a lot of the community members are happy with the facility,” said Fuseini Mohammed Hafiz, Assemblyman for the Loagri community.

Lessons Learnt from the Project