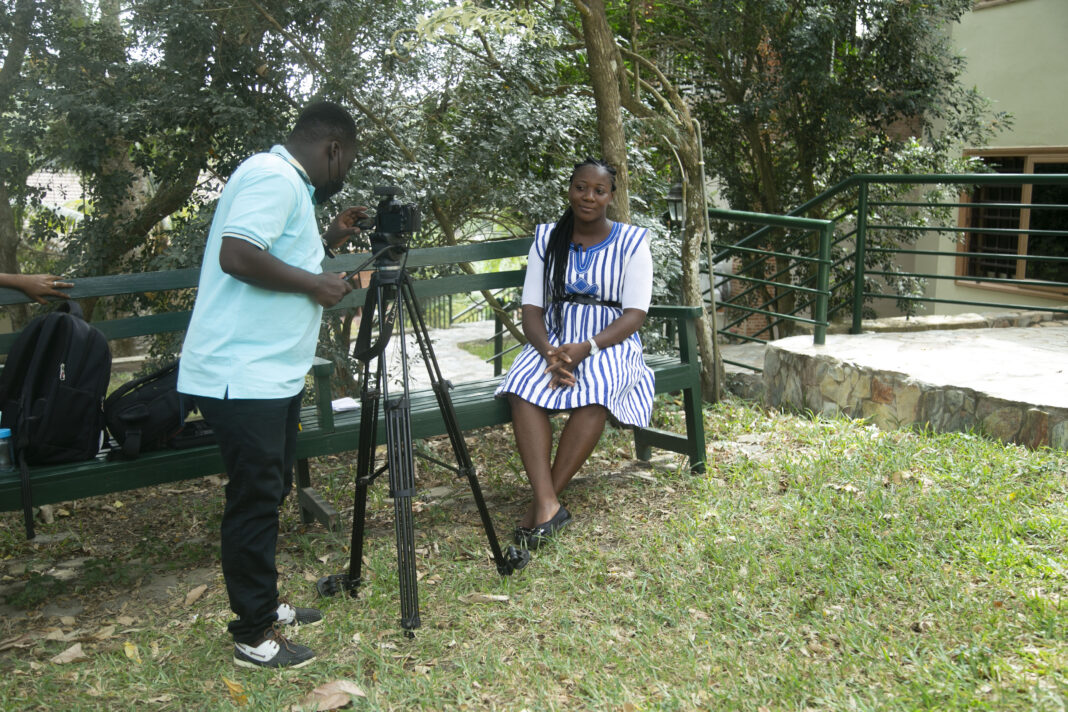 Determined to improve investigative journalism to support transparency and accountability in government, the Media Foundation for West Africa (MFWA) has initiated a fellowship programme for mentoring young journalists in West Africa.

To pretext the idea,  the MFWA recruited ten young Ghanaian journalists last year, some of whom had just completed journalism training institutions, into the programme called THE NEXT GENERATION INVESTIGATIVE JOURNALISM (NGIJ) FELLOWSHIP.

The ten selected journalists went through a five-month comprehensive training on Fact-checking, data journalism, investigative reporting, researching and writing, and presentation skills among other things. The training also included periodic engagements with seasoned investigative journalists and media practitioners and working visits to key media institutions. The fellows were generally equipped with the capacity to conduct critical, high-quality, fact-based, and in-depth reporting.

By the end of the programme, some of the journalists had produced compelling stories that are holding authorities to account in Ghana. Their stories were published on the website of The Fourth Estate, the accountability journalism project of the MFWA. Below are some of the stories the first cohort of the NGIJ fellowship produced.

In a story titled “Scammed: The Instagram “shops” defrauding customers”, Josephine Badu-Nyarko did a comprehensive report detailing the prevalence of fraudulence in e-commerce and digital trading platforms that are swindling unsuspecting customers of huge sums of monies on social media platforms.

Josephine’s report among other details highlighted the activities of fake courier companies, and fraudulent transposition of company registration documents by online scammers in a bid to deceive people. The story also emphasized the seeming disinterest of telecommunication companies whose payment platforms the scammers use to defraud people. Above all, the report underscored the enabling environment that supports the thriving of such fraudsters and the lack of structures to curb their activities, or even punish them after they have been reported.

Her report generated a plethora of commentaries and protests on social media against Ghana’s Postal Courier Services Regulatory Commission (PCSRC), the body in charge of regulating e-commerce, courier, and digital trading enterprise in the country.

“I also got duped of over Ghc1,500 ($214) and the page still exists. I am wondering how these culprits can be brought to book,” a reader shared her fraud-victim #metoo experience in the comment section of the story.

Eventually, the PCSRC responded to the story.

“The PCSRC, a regulatory agency of the Ministry of Communication and Digitisation (MOCD), has taken note of an investigative report by The Fourth Estate,” the regulator said in its statement.

“The report clearly shows that much more needs to be done. The PCSRC, on behalf of the MOCD, would like to inform the public of its upcoming program to register all e-commerce operators and provide them with a secure online profile at no cost,” the PCSRC promised.

In a joint effort, some of the fellows shared bylines to tackle the pertinent issue of infrastructure in Ghana. The budding journalists weighed in on the apparent negligence of the government leading to the waste of billions of public funds invested in infrastructural projects that have been abandoned.

The fellows travelled almost all the 16 regions of Ghana to experience first-hand how education and health facilities costing billions of US dollars have been left uncompleted and rotting away. Some of the young journalists covered nearly 700km from Accra, the capital, to the distant communities to speak with students, teachers, and authorities at the local government level whom these facilities were meant to serve.

Their report, “The story of 14 abandoned E-blocks: some now used for church, cassava farming”, revealed that the previous government of Ghana signed contracts with donor organisations including the World Bank amounting to about $1.6 billion to build special educational facilities. The facilities, E-block, were meant to serve thousands of students at the senior high school level in mostly deprived communities. But the current government has abandoned the projects – at least 14 of them – because of lack of political will, the story underlined.

Beyond the abandonment of the uncompleted projects, the fellows observed the worrying and recurring situation of the absence of institutional documentation on the projects among authorities of the local assemblies. Ideally, the local assemblies are supposed to oversee the completion of such projects.

“I have been searching for information about Buoko ‘E-Block’ project, but I have not come across any document. I asked my predecessor to brief me about the project because the contractor stopped working before I took over, and he says the project was handled by the central government and so the contractor did not give assembly any document about it,” the Municipal Works Engineer of the Wenchi Municipal in the Bono Region of Ghana explained how messy the situation is to one of the fellows.

While in the distant communities, the stories of the fellows were not just focused on the big education projects and large sums of funding money. They told personal stories as well. Joseph Kpormegbey in the northernmost part of Ghana and Deborah Pokua Bembah in the Ningo-Prampram District in the Greater Accra Region told similar stories of children who by fortune have dreams of a bright future but by misfortune may have to settle for a dim life of poverty due to deprivation. Titled “Endangered Dreams: The hopeful children battling deprivation,” the report tells the unsettling struggles of children deprived of education, health, and basic infrastructure.

In “Billions in the Bush: 8 hospitals delayed and abandoned”, the sad reality in the educational sector is replicated in the delicate health sector. Eight hospitals, with over 700-beds, which are at various levels of completion have been abandoned. The hospital projects, worth billions of Ghana cedis, were commenced by the previous government.

Contrasted with the woeful patient-to-bed ratio in Ghana, the negligence of the government is not only worrying but a threat to the life of every Ghanaian.

The stories of the MFWA Next Generation Investigative Journalism fellows emphasized how the crucial education needs of teeming young Ghanaians and the wobbly health care that need urgent attention are being sacrificed on the altar of seeming political selfishness and reckless administrative lapses.

The stories expectedly resurrected sentiments among the public, many of whom appear to have witnessed the poor state of Ghana’s health and educational infrastructure. Across the comment section of the webpage and social media, the comments ranged from disappointment, rage, and hopelessness. There were also earnest pleas to the government to rescue the infrastructure investment wasting away.

“The only way we can get our health sector to work, and work well, is when we change that clause that allows our leaders and other public servants travel outside the country for health reasons. Then they will sit their butts down and out their thinking caps on. Aside (sic) that, forget it. You and I will continue to patronize the sumos they have left for us. And remember, it is our taxes that pay for their health reviews,” a reader crammed his anger and despondency in a comment.

“Government, we beg, make you move in to rescue the situation. And contractors, please forget about any legality for now. Let’s save the nation,” Owusu Bekoe, a reader on Facebook, pleaded for an intervention.