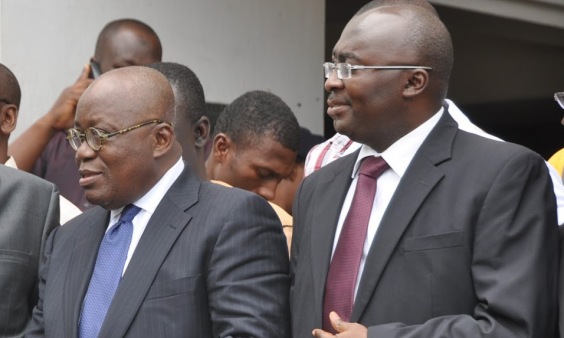 The conduct of the NPP government in relation to the Right to Information (RTI) Bill has been extremely disappointing and deeply embarrassing.

This is because since assuming power on January 7, 2017, everyone who matters in the current government has made series of promises with definite timelines, all of which have gone unfulfilled. These leaders included ministers of state, the Speaker of Parliament, the Vice President and the President himself.

In its 2016 manifesto, the governing NPP had assured that it would ensure the passage of the RTI bill if the then Parliament failed to do so. Therefore, when the party won the 2016 elections, many were those who were expectant that the RTI bill was going to be passed within a short period into the administration.

Well, it was early days yet. On the occasion of World Press Freedom Day (WPFD) on May 3, 2017, it was the turn of the then Minister of Information, Dr. Mustapha Abdul-Hamid, to promise and give a timeline. And he did.

“In the May-to-July Session of parliament, the Right to Information Bill shall be before them for debate and for passage. That is a given; it is non-negotiable,” the Information Minister said emphatically.

Just when the Information Minister’s deadline was approaching, the President himself came in with a respite. Delivering the keynote Address at the Open Data Conference in Accra on July 20, 2017, President Nana Akufo-Addo made a fresh promise that raised the hope of many Ghanaians that even if the Information Minister’s deadline was not met, once the President himself had spoken, the Bill was going to see the light of day sooner than later.

“It is our intention also to ensure the long overdue passage of the Right to Information bill by Parliament,” His Excellency the President assured the nation.

But not even a Presidential promise and assurance was enough to have the RTI Bill passed within the first year of the NPP government. It turned out to be just promises and nothing else.

Enter 2018, and the promises would even get worse and quite embarrassing. The year started with a number of promises from junior government officials whose promises could pass without notice given the trend and the record of 2017.

But when the President came in with another assurance during his Independence Day speech on March 6, 2018, it could not be ignored as just another promise.

In his speech, the President was loud and clear. He said: “There is, however, one piece of the anti-corruption framework that is yet to be put in place; the Right to Information bill. After many years of hesitation, we intend to bring the bill again to Parliament and work to get it passed into law before the end of the current meeting of Parliament.”

That meeting of Parliament was to end on March 23. The closeness of the date could make one sceptical about the promise but given who had made the promise one could not but be hopeful.

As if the President’s assurance was not firm enough, the Vice, Dr.Mahamudu Bawumia, repeated the promise barely two weeks later. This time he alluded to a cabinet action on the Bill.

The Presidential and Vice Presidential promises went by unfulfilled. Again one wondered what could have prompted the two most powerful persons of the land to make firm promises on an important piece of legislation without a fulfilment. At this stage one could not but lose hope and feel embarrassed.

The gamut of promise-and-fails appeared not enough to discourage further promises. The next promise was delivered before a world-wide audience which had gathered in Accra for the 2018 global celebration of World Press Freedom Day (WPFD). The same Information Minister, who had made a non-negotiable promise of having the RTI bill passed in July 2017, was to give yet another promise.

“The Right to Information bill is going to become law before the close of this year,” the Information told the audience from over 100 countries.

The lip service was to continue but this time, not from the Executive but the legislature.  The Majority leader who is also the Minister for Parliamentary Affairs, Osei Kyei Mensah Bonsu, took over the button. Speaking at the National Delegates Congress of the NPP in July, 2018, the Parliamentary Affairs Minister reaffirmed the Information Minister’s promise.

At an engagement with selected journalists in Accra on November 12, 2018, the third most powerful person of the land, the Speaker of Parliament, Rt. Hon. Mike Aaron Quaye, took his turn to promise. He told the journalists:  “The Right to Information Bill will be a thing of the past by end of this year. I can assure you, it will be done.”

But with less than two weeks for parliament to rise, the Vice President who had promised that the Bill was to be passed within 100 days of the NPP government announces that the Bill will be passed in 2019.

We remain mystified and deeply embarrassed by the cycle of unfulfilled promises from the three most powerful people of our land and ministers of state.

Under the circumstance, one wonders whether the political leadership of Ghana truly care about the fundamental right of the citizenry, and is indeed committed to transparent and accountable governance.

In any case, MFWA finds the government’s foot-dragging on the RTI bill very disappointing and deeply embarrassing.

We wish to commend the Coalition of civil society groups, the media and all well-meaning Ghanaians who have been involved in the struggle to get the RTI Bill passed. We urge such groups to remain as resolute as ever and keep the flame of the struggle aloft until the fundamental right of the Ghanaian people to access information is assured by an RTI Law.