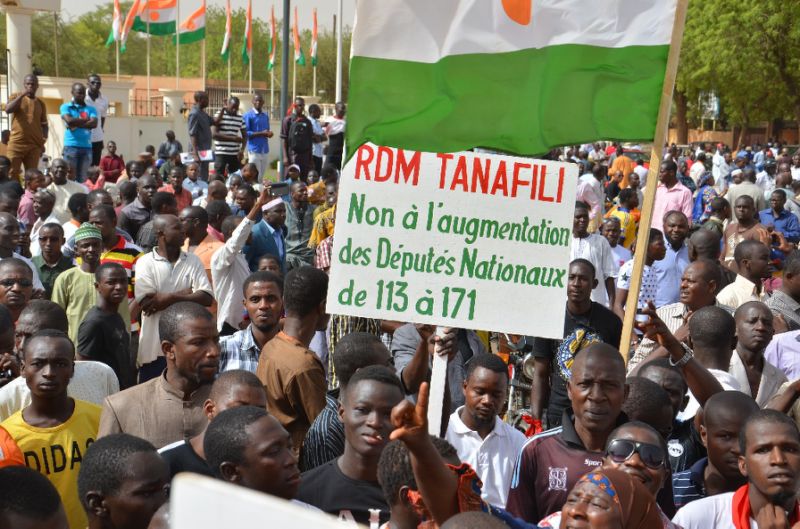 The authorities in Niger have made another swoop on civil society activists, making further arrests in connection with recent anti-government demonstrations.

In the latest operation carried out on April 15, 2018, the police arrested three leading members of youth movements to bring the total number of arrests to 26 since March 25. The latest victims are Abdourahamane Idé Hassane, leader of a youth association, Maikoul Zodi, coordinator of the Tournons la Page (Let’s Turn the Page) campaign and Ibrahim Diori, a member of Alternative Espaces Citoyens.

According to the MFWA’s correspondent in Niger, the three were arrested in the evening after the police had earlier in the day dispersed crowds which had gathered for demonstration called by the civil society coalition. The authorities in Niger have banned demonstrations in the country and have cracked down heavily against civil society leaders and citizens who have tried to defy the ban.

Meanwhile, the police arrested and briefly kept a journalist while she covering the abortive demonstration.

The MFWA expresses its deep concern over the crackdown on civil society leaders in Niger authorities and the use of “security reasons” to repress the enjoyment of the freedoms of peaceful assembly. We call on the authorities in Niger to unconditionally release all persons detained in connection with the recent demonstrations, and to guarantee the enjoyment of freedom of assembly rights.