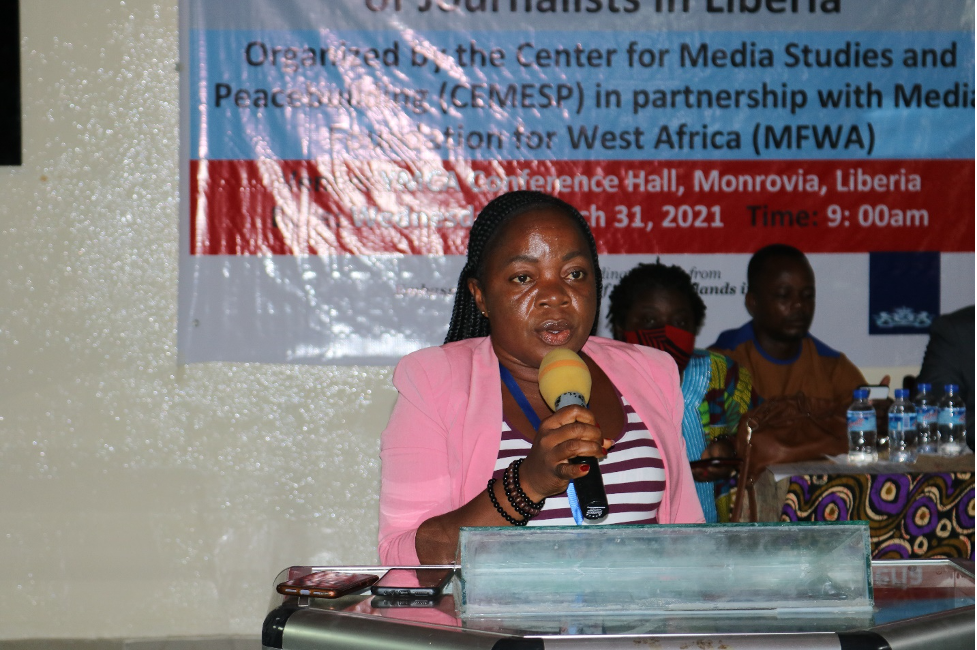 A one-day forum on the safety of journalists in Liberia was held at the Conference Hall of the YMCA by the Center for Media Studies and Peace Building (CEMESP) in collaboration with the Media Foundation for West Africa. The event was sponsored by the Embassy of the Netherlands in Ghana and brought together journalists, the Press Union of Liberia (PUL), civil society involved with media development, and senior government officials. The program was characterized by remarks from different stakeholders which included reporters’ representatives, the PUL and the Ministry of Information. Several presentations were made during the event. These were done by:

During the event, the following observations were made as it relates to the need for the protection of journalists in Liberia, especially in the post conflict context of the country:

Having noted these challenges, the event proffered the following recommendations: