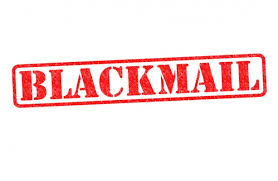 The Media Foundation for West Africa has followed with interest reports that a journalist with an Accra-based FM station, Nana Okyere Gyampa, has been blackmailing the Managing Director of the Electricity Company of Ghana.

The reports say Okyere Gyampa has been demanding a 5-million Cedi (USD 1.2 million) bribe from the Managing Director of the State electricity firm in order to drop a damning story he has about him. The journalist’s employers, Class Media Group, have issued a statement condemning his behaviour and announcing his interdiction pending further investigations into the allegations.

As an organisation that promotes professional journalism and press freedom, we find the story rather disturbing. We condemn, in the strongest terms, the conduct of the journalist as a gross violation of professional standards and ethics and a betrayal of the journalism profession. We also call on all parties involved in the matter to pursue it to its logical conclusion.

In all free countries across the world, the media is accorded a privileged place in the social and political order. In return, society expects the media to operate above-board and to prioritise the public interest above all parochial and mundane considerations. Nana Okyere Gyampa’s conduct is clearly in breach of this social privilege.

The 2017 Afrobarometer Report, which was recently released, indicates that support for a free media has dropped sharply in Ghana and that majority of citizens want government to have the right to prevent the media from publishing things that it considers harmful to society. The report adds that many Ghanaians see some members of the media as corrupt.

Without doubt, the conduct of a few bad nuts like Nana Okyere Gyampa, among others, may account for the drop in support for free media. It is, therefore, important that the media fraternity publicly disown and expel such elements from their midst.

We commend the management of Class Media Group for the disciplinary measure they have taken against Nana Okyere Gyampa and hope that it sends the right signals to all journalists in the country.

It is imperative that Ghana’s media rebuild trust with the Ghanaian public by exhibiting probity and integrity in all situations as the Afrobarometre findings underline. The MFWA, therefore, urges the media to eschew corruption and stand firm as watchdogs to demand accountability and contribute to the deepening of Ghana’s democracy.