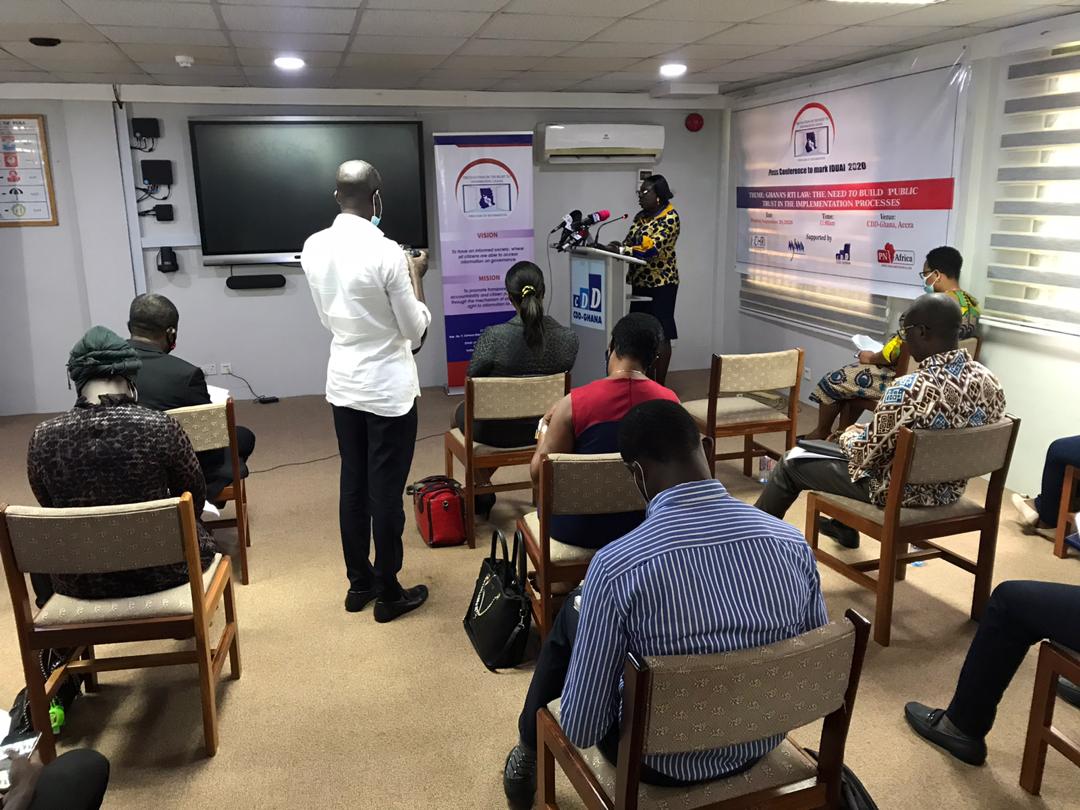 Press briefing by the RTI Coalition to mark IDUAI 2020

An exercise commissioned by the Right to Information Coalition to access information from public institutions in Ghana revealed an unsatisfactory compliance from institutions.

The was revealed at a press briefing in Accra by the Coalition to mark International Day for Universal Access to Information.

“Out of the eighteen requests made in the two biggest cities in the Country where a lot of the Public Institutions under this Act are based, only two institutions responded to the requests, with the remaining institutions completely ignoring the requests made to them to date. We also discovered that only eight of the Institutions, less than 50%, had Information Officers appointed or designated to process information requests,” said vice-chair of the Ghana RTI coalition Mina Mensah.

She cited the attempt by the Electoral commission to deny a Member of Parliament access to some information despite a ruling from the High Court and Ghana’s National Communication’s Authority’s efforts to deny the MFWA access to information requested by wrongfully interpreting the RTI Act.

The Coalition also expressed disappointment at the two major political parties for drafting “their manifesto promises as though they are not aware of the current realities of the RTI Implementation.”