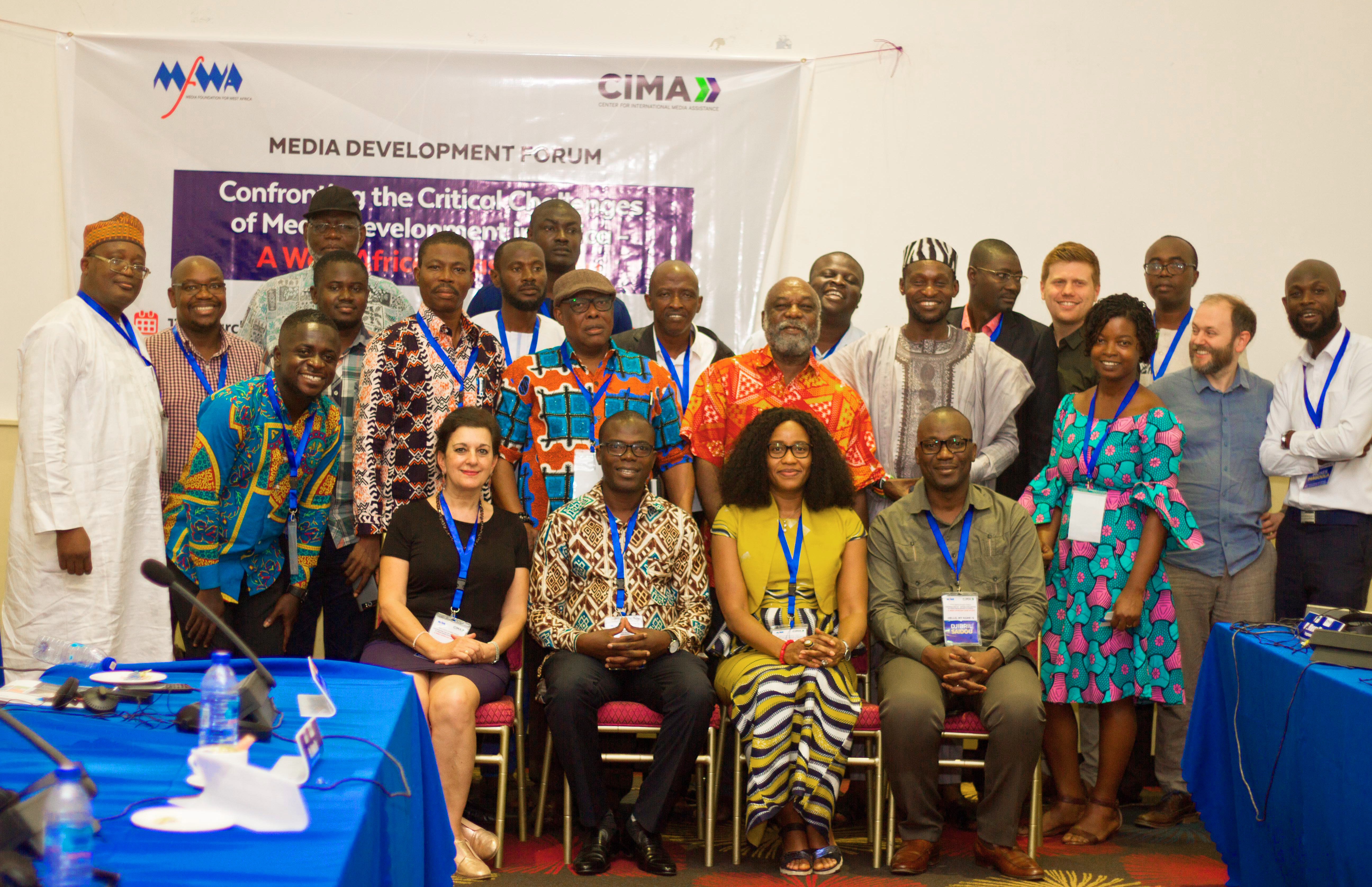 Sustainability has emerged as a critical issue for the media in West Africa. Many media houses are struggling to stay in business as they grapple with raising revenues to cover operational costs, staff remuneration, and fulfil financial obligations to state revenue authorities, and service providers.

The sustainability challenge is further worsened by gaps in capacity, leadership failure, authoritarian regimes and general repressive environments which threaten the quality and independence of the media and their outputs.

These challenges are some of the critical obstacles to media development, and the practice of development-oriented journalism across West Africa and beyond.

Unfortunately, quite a number of the media houses are working in silos, experimenting with different measures in an attempt to sustain themselves to serve the public while remaining professional. Only a handful has been successful, leaving many others in a weak and comatose state.

The survival of the media is, however, critical to bolstering the relatively nascent democracies in the region as the media continue to set agenda for public discourse, create platforms for citizens-authorities engagements, and keep governments and public officials in check.

Seeking lasting solutions to some of the challenges raised is therefore crucial and eminent in maintaining the principal role the media plays in ensuring democracy, good governance and development as well as guaranteeing media development across West Africa.

The Media Foundation for West Africa (MFWA) and the Center for International Media Assistance (CIMA) therefore recently organised a forum in Accra to create a platform for media stakeholders across Africa to share ideas on media development.

The forum brought together media experts, academics, consultants and heads of civil society organisations, national media policy and regulatory bodies from across West, East and Southern Africa. Also present at the meeting were representatives of a number of donor and international media development organisations.

Discussions at the forum were largely informed by the findings of a report on Regional Approach to Media Development in West Africa which was co-published by the MFWA and CIMA.

According to the report, one key factor that can contribute significantly to addressing some of the challenges in the media landscape is to build synergies across the region “to leverage the comparative advantage of individual stakeholders and reduce duplicities and redundancies.”

Following panel and plenary discussions on how to strengthen regional collaboration for media development, participants made the following recommendations on the way forward to media development and sustainability in West Africa: