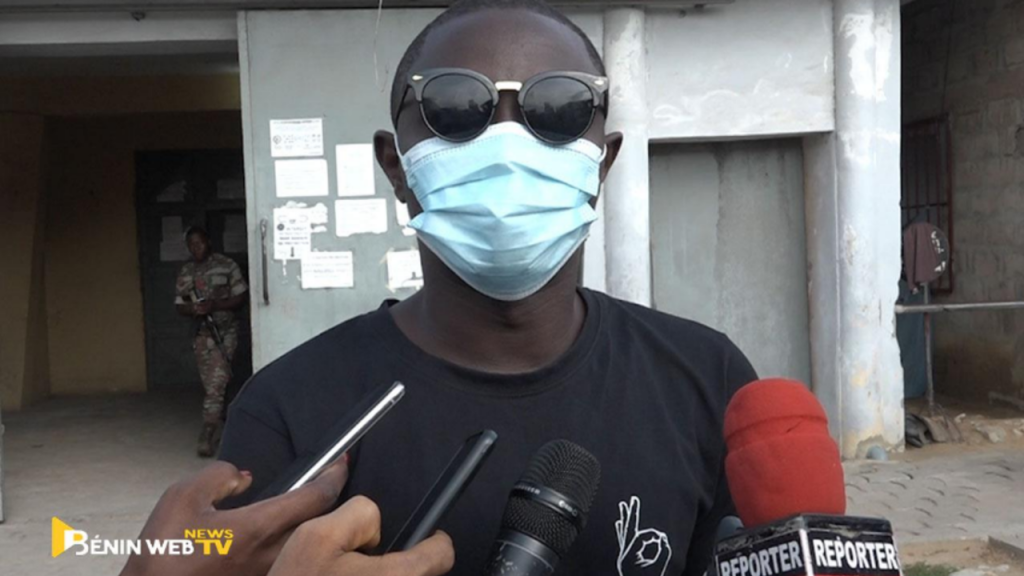 Sossou had been imprisoned since December 2019 for publishing the public statements of Benin’s public prosecutor, Mario Mètonou, on social media.

The Benin Web TV journalist, was arrested at his home on December 20, 2019 by agents of the central office for the suppression of cybercrime and brought before a court, which sentenced him to 18 months in prison on December 24, 2019.

His arrest and conviction prompted numerous condemnations from freedom of expression organisations, including the Media Foundation for West Africa.

Following Sossou’s imprisonment, the MFWA initiated many actions, including two petitions for the release of Ignace Sossou. The organisation also joined many international human rights organisations to put pressure on the authorities in Benin to obtain the unconditional release of the journalist.

On April 28, the day of one of the appeal hearings, MFWA and seven other press freedom organisations issued a statement calling on the Beninese authorities to release Ignace, particularly in view of the risk of infection by COVID-19 during his detention.

On 3 May, MFWA and its national partners sent a petition to the Special Rapporteur on Freedom of Access to Information of the African Commission on Human and Peoples’ Rights (ACHPR), Lawrence Mute, urging him to intervene in the case to secure the journalist’s release.

The pressure from freedom of expression organisations, including MFWA, led to commuting of his sentence to 12 months with 6 months suspended by the Court of Appeal on May 19.

After his release on June 24, Sossou who still have a six months suspended sentence, told MFWA he is happy to be back home.

”I am very happy to be out of prison; the joy of being reunited with my family, loved ones and colleagues. Also, the joy of going back to work. I need to make up for the time I lost in detention. I would like to thank all the organisations defending the rights of journalists who have mobilised to demand my release,” Sossou told MFWA.

Although the MFWA believes that Sossou should not even be arrested, detained and imprisoned for simply relaying the words of the public prosecutor, Mario Mètonou, we are delighted that the journalist had been freed and has been able to rejoin his family.