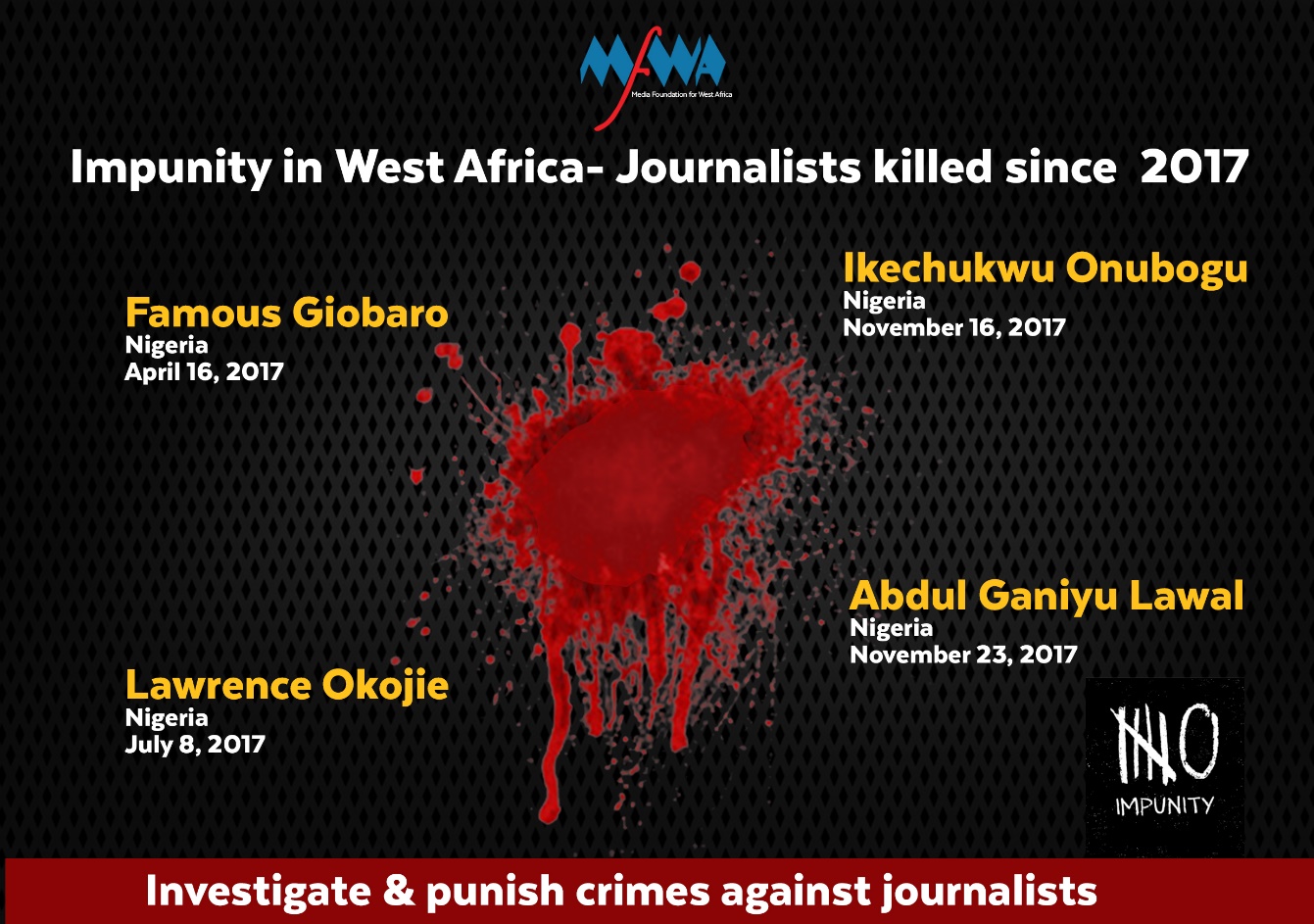 The United Nations General Assembly adopted Resolution A/RES/68/163  in 2013 to proclaim November 2 each year as the International Day to End Impunity for Crimes against Journalists (IDEI).

As the world prepares to mark the day, the Media Foundation for West Africa (MFWA), as part of the build-up to the celebration, will be highlighting a series of critical issues that undermine the safety of journalists in the region.

The first in the series is the infograph below which spotlights four unresolved killings of journalists which occurred in Nigeria from April 2017 to November 2017. 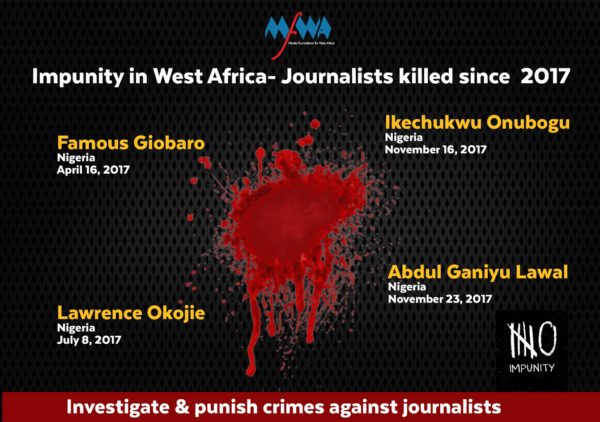 Regrettably, all the four incidents recorded in Nigeria have received no form of redress.

The MFWA is, therefore, urging the government of Nigeria to expedite investigations into these killings and ensure justice for the victims’ families.

Say “No” to Impunity.