Have ATI laws improved democratic governance and reduced corruption in West Africa? The evidence is humbling 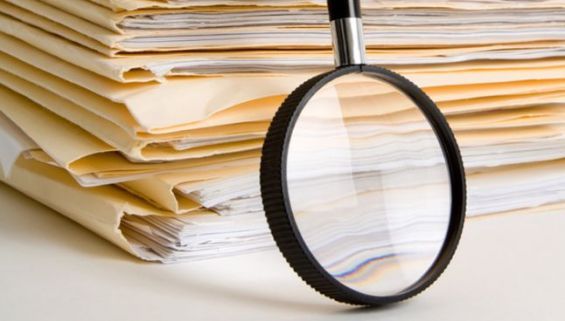 Two-thirds of countries in West Africa have adopted Access to Information (ATI) laws. These laws are supposed to remove barriers to public access to information, improve transparency and accountability in governance, and help reduce public sector corruption. But has the adoption of ATI laws by West African countries contributed to or resulted in improved democratic governance, transparency, accountability and reduced public sector corruption? Our Executive Director, Sulemana Braimah, explores this question and highlights what the MFWA is doing to promote public access to governance information in West Africa.

The adoption of Access to Information (ATI) laws represents a noteworthy milestone for transparency and accountability in governance. By extension, such laws are also significant for fighting public sector corruption. This is because ATI laws are regarded as sunshine laws that should ordinarily enable people to seek and receive information about various governance issues about how their resources are utilised by those in authority.

As observed by the Organisation for Economic Co-operation and Development (OECD), “the right to access information is an essential part of open government. It enables citizens to participate more fully in public life, it helps combat corruption and protects citizens’ rights.” The importance of ATI to democratic governance is, for example, highlighted in paragraph 3 of the preamble to Liberia’s Freedom of Information Act (2010), which acknowledges that “access to information is indispensable to genuine democracy and good governance.”

Given the great potential of ATI laws to improve governance, the passage of such laws is often considered a demonstration of some level of willingness on the part of state leaders to be more transparent and accountable to the people. This explains why the adoption of an ATI law by a country is often celebrated by governance and anti-corruption activists as a major boost for transparency and accountability.

But has the adoption of ATI laws by West African countries contributed to, or resulted in improvement in democratic governance, transparency, accountability and reduction in corruption? Unfortunately, the evidence so far does not reveal any positive impact of ATI laws on governance and anti-corruption in the region.

As far as governance is concerned, despite an impressive progress towards democratisation over the last two decades, West Africa is currently suffering from severe democratic turbulence characterised by an accelerated retrogression of the marginal democratic gains that had been made over the past two decades.

Citizens participation in governance and respect for fundamental rights to free expression and access to information are suffering from increasing and routine restrictions. In an article published by Freedom House, the authors highlight  West Africa as the region with the fastest decline in political rights and civil liberties in 2019, which the authors described as an “alarming development.”

After years of democratic rebuilding, Mali and Guinea are back to military rule. Cote d’Ivoire and Togo are saddled with third and fourth term governments respectively. In Benin, the National Assembly is monolithic and bereft of opposition party representation. This follows a hurriedly-passed law, which introduced new eligibility conditions that prevented opposition candidates from contesting the country’s 2019 Parliamentary elections.  Acts of repression and other autocratic tendencies have become prevalent in nearly all countries. Evidently, the region’s admired democratic progress is severely under manifest threat from multiple fronts.

While the adoption of ATI laws may have limited influence on the general democratic ethos of nations, it is believed that they do have a direct impact on improving the fight against corruption and enhancing accountability. However, despite having many countries with ATI laws, corruption remains perhaps the most virulent obstacle to development in West Africa.

As observed in a report by the Economic Intelligence Unit (EIU), corruption is still a major problem across West Africa. Indeed, the performance of West African countries as far as corruption is concerned, has remained below the global average.

Analysis of data from Transparency International’s (TI) Corruption Perception Index (CPI) for the last few years, for example, does not show that countries that have adopted ATI laws in the region have experienced any significant improvement in their corruption scores. In fact, in several cases, the levels of corruption (per the TI’s CPI scores) gets worse in countries after the adoption of ATI laws. And no country with an ATI law in the region has ever scored up to the half mark of 50.

Indeed, the performance of some other countries in the region that are yet to have ATI laws further highlights the lack of impact of ATI laws on levels of corruption or perceived corruption.

For now, the evidence suggests that while ATI laws have great potential for improving governance, the mere adoption of such laws is just necessary but not sufficient to guarantee good democratic governance, promote transparency and accountability, and reduce corruption.

What is critical is the effective application and compliance with the law after its adoption.

For an efficient implementation of ATI laws to happen, a number of conditions including the following six conditions are critical:

First, members of the public must understand the law; appreciate how it enables or enhances their right of access to information; and how they can assert that right to demand transparency and accountability in governance. This requires continues capacity building, awareness creation and public education about the law and the opportunities it presents for enhancing governance transparency and accountability. It also requires support for members of the public, especially marginalsied groups, to assert their right through the filing of requests and doing follow-ups on requests till information is accessed.

Second, public institutions that are information holders must understand the law and how its compliance helps to build public trust and confidence in governance. They need to also understand how compliance with the law engenders public support for government policies and programmes including the willingness among members of the public to fulfil their tax obligations.

Third, beyond understanding the law and the willingness to comply with the law, the necessary resources (financial, logistical and human) and right record keeping approaches must be in place to facilitate compliance with the law. For example, trained information officers must be in place; they must have the required logistics (computers and internet etc) to operate. Institutions also need to have the right filing, archiving and bureaucratic systems in place to facilitate easy access to records, and as much as possible, provide proactive disclosure of information.

Fourth, the implementing bodies (often an ATI Commission) mandated to promote the law and enforce compliance, must assert their independence from governmental control. Such bodies need to also engage with members of the public to boost public confidence as well as deal expeditiously with cases of appeal brought before it by members of the public. Such institutions need to be adequately resourced by the state to play their role.

Fifth, the Law Courts, which are often the last resort for enforcement of rights under the law, need to expeditiously deal with complaints filed before it and ensure that good judgements are given and are fully enforced. This requires capacity building for judges too.

Sixth, and perhaps more importantly, journalists and their media organisations must be at the forefront of contributing towards the attainment of the above five conditions. This, they can do through consistent public educations and awareness through routine programming and reporting on the law and developments around implementation.  Journalists should also be able to take advantage of the law to access vital pieces of information that are critical for their reporting, especially investigative reporting. This, however, requires that first of all, journalists and their editors have a good understanding of the law and appreciate its utility for the performance of their watchdog role.

On the basis of the foregoing, the Media Foundation for West Africa (MFWA) is ramping up its work on Access to Information across the region through the following interventions:

Continuous engagement with authorities and other stakeholders (through public forums and advocacy publications on access to information.