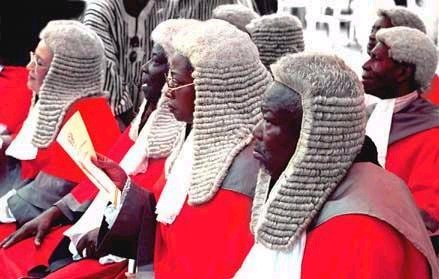 The conviction of the owners, presenter and panelists followed threats issued by the Alistair Nelson and Godwin Ako Gunn on the June 29, edition of the Pampaso programme on Montie FM. Nelson and Gun who are activists of the ruling National Democratic Congress (NDC), reportedly warned that the Supreme Court judges handling a case about Ghana’s electoral register would be killed if they gave the “wrong judgment.” The two specifically mentioned the Chief Justice, Georgina Theodora Wood and Justice Sulemana Nasr Gbadegbe.

The statements sent shockwaves across Ghanaian society because they were made on the eve of Martyrs Day, which commemorates the 34th anniversary of the abduction and murder of three High Court judges in what is believed to be a politically motivated crime.

Following an outcry by the public including a statement from The Media Foundation for West Africa calling on the National Media Commission to call the radio station to order, the Bureau of National Investigations (BNI) arrested, interrogated and subsequently released the presenter and his panelists.

On July 12, 2016, the three, appeared before the Supreme Court, together with one director, Edward Addo who said he was representing his fellow directors/owners who were “out of the jurisdiction”. They were cited for inciting hatred against, and threatening to kill justices of the Supreme Court, and the case adjourned to July 18, 2016 with a warning that all the owners must appear on the adjourned date.

During  proceedings on July 18, the court played back the audio recordings of the contemnors’ statements , before the panel withdrew to decide the verdict. Counsels for the contemnors George Loh, Nana Ato Dadzie and Martin Ampofo Agyei had prayed the court not to air the audios, saying that they were ashamed of the content, and apologised to the Judges to temper justice with mercy.

The Court presided over by Justice Sophia Akuffo however found them guilty for “scandalizing the court, defying and lowering the authority of the court and bringing it into disrepute.” The Court has fixed July 27 for sentencing

The MFWA deeply regrets this incident and calls on journalists and media organisations to discharge their duties responsibly and not allow their platforms to be used by political party affiliates and individuals to spread hate speech.