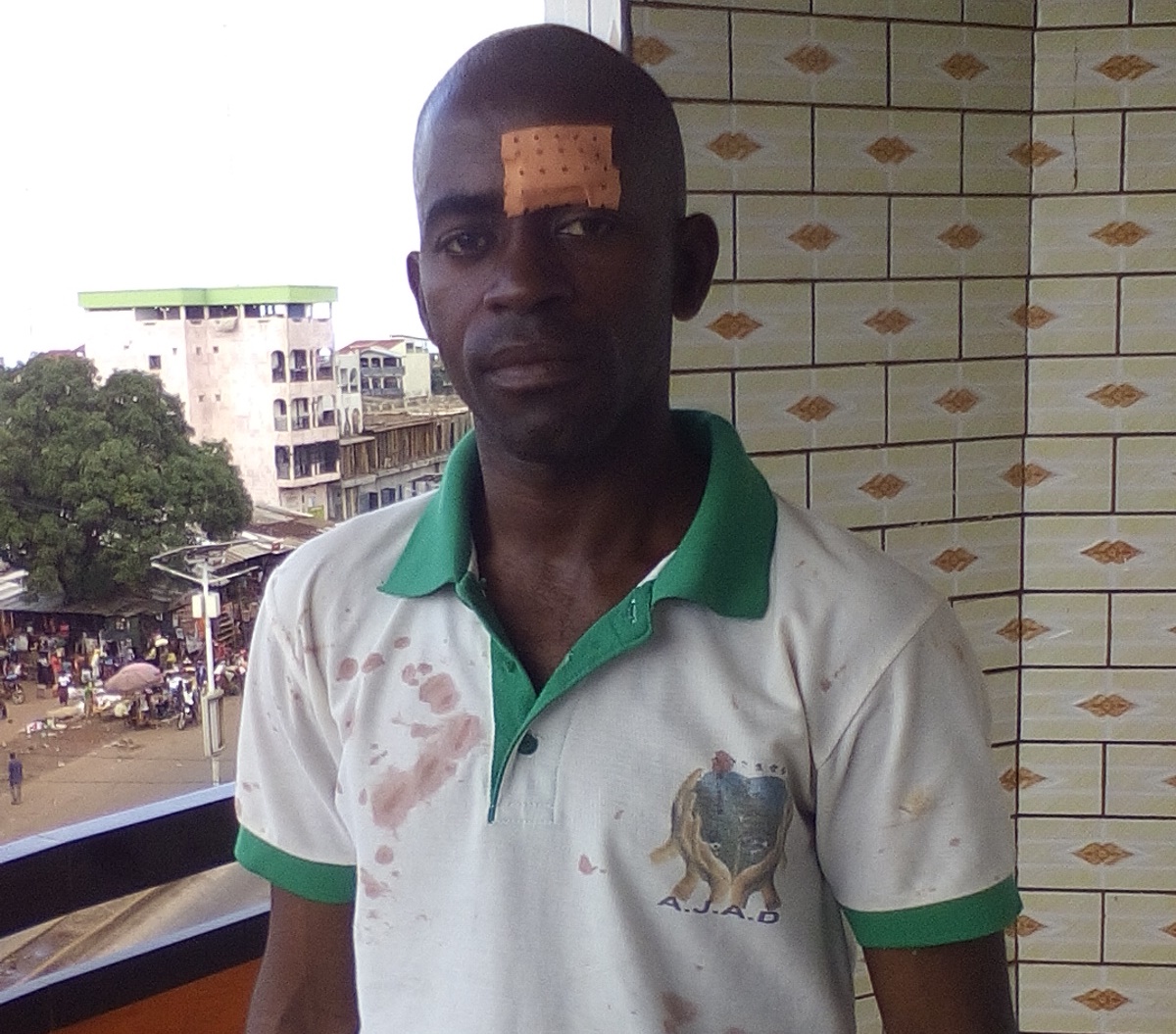 The Management of Aminata.com, one the most influential online news portals in Guinea has bemoaned the lack of redress for acts of aggression suffered by its reporters, despite formal complaints.

Mamadou Aliou Barry, a reporter with aminata.com was on August 2, 2017, injured above the left eye and right shoulder when opposition supporters attacked the taxi in which he had arrived to cover their demonstration at Cosa in the capital, Conakry.

Other passengers on board the taxi were also injured by fragments from the shattered windscreen and rear windows of the car which was pelted with stones. However, Alpha Oumar Diallo, Managing Editor of the online news organisation, says no arrests have been made and the gendarmerie appears not to be interested.

“There has been no investigation, no arrest, no interrogation; nothing”, lamented Alpha Oumar Diallo, when the Media Foundation for West Africa (MFWA) contacted him to find out if the identity of the assailants and their motive have been established.

In an earlier incident, another reporter from the same media organisation, Kindy Drame, was detained by a police officer whom he had filmed extorting money from a commercial motorcycle rider in the town of Kindia. A statement released by the Management of aminata.com on August 18, 2017 (same day the incident occurred) said the journalist was held for two hours and was only released after his recordings have been deleted.

“Does one need an official authorisation to cover a freak incident involving an officer flagrantly extorting money?” the statement asked in response police accusation that the journalist’s action was illegal.

This incident has also received no redress from the police authorities, according to Diallo.

The MFWA joins the management of the news website to condemn the acts of aggression perpetrated against the two journalists and the impunity being enjoyed by the perpetrators.

We urge the authorities in Guinea to fish out members of the group that attacked Barry and the other passengers, to establish whether the journalist was targeted and for what reason. We also appeal to the police authorities to bring to book the police officer who violated the rights of Drame. The MFWA commends the Management of Aminata.com for standing up for the rights of their abused reporters and appeal to managers of media organisations in West Africa to treat violations against their employees with urgency.