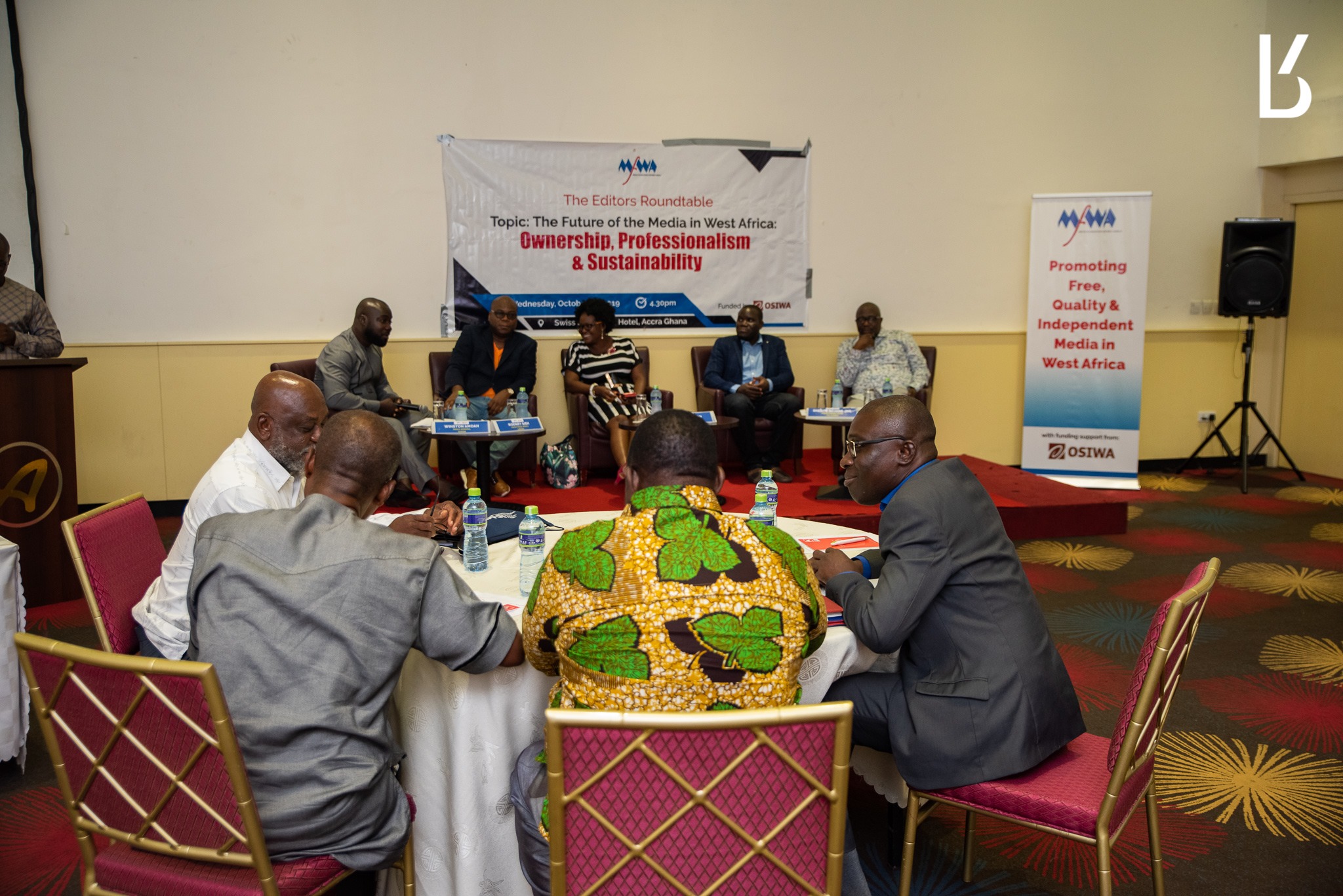 Rapid accelerations and progressive developments of West African media have left media experts eager about where communication outlets in the sub-region are headed as the digital revolution continues to take force.

On Wednesday, October 16, 2019, the Media Foundation of West Africa (MFWA) hosted an “Editors Roundtable,” under the topic “The Future of the Media in West Africa: Ownership, Professionalism and Sustainability” to discuss how to withstand the revenue crisis which has hit many traditional media houses throughout the continent.

“We have to think beyond advertising,” said Olorunyomi Oyedapo, whose Nigerian newspaper based in Abuja has been in operation since 2011. “With the advent of digital, we have to think outside of the box and rethink how we fund our media.”

He further stated that while funding may be in limbo for many media houses, it is critical not to jeopardise journalistic integrity when seeking avenues to secure funds. For instance, Sieh recalled a time when Liberian president George Weah was sworn into office last year, many experts questioned whether it was ethically correct for a local radio station to accept a donation from the President allowing use of a building on real estate property the president owns.

“It made many wonder whether the station would be influenced in their reporting because of his donation,” Rodney Sieh commented.

In 2018, the non-partisan, pan-African research institution, Afrobarometer released in a study that the public has gradually lost trust in the media. “It appears that a substantial number of Africans are dissatisfied with the current state of the media in their country, at least with regard to the demand for and supply of freedoms,” the report reads. But even so, nearly all Africans rely on mass media for news.

“We need to do an introspection about how we do business and keep media sustainable,” said Eryam Bashan, who has experience in management roles at some of Ghana’s top media houses, including TV3, Joy News and GHOne.

Sheriff Bojang added that “when it comes to weak economies, government can help but the questions remain: Can we take anything from the government and maintain our ethical journalistic standards?”

This question along with others was asked during the Q & A session of the discussion where panelists responded to audience members’ remarks. However, the protruding theme throughout the roundtable remained: “Whilst we’re dealing with the recession of press freedom in the medium term, the major problem of the media currently is economic and ethical sustainability,” said Kwame Karikari. At the end of the event, the following recommendations were made:

1. Innovation: Media organisations were encouraged to be innovative. They were tasked to cash in on the advancement on technology to repackage news content and output.

2. Capacity Building and Enhancement: The need for continuous capacity enhancement on new and innovative ways of              making the news.

4. Fact-Checking: Media organisations should create partnerships with Civil Society Organisations and other research institutions where data are often generated to support the production of credible and factual content.

6. Enforce Media Laws: Government to implement/enforce laws to protect the rights and freedoms of journalists and the media in the delivery of their duties. This will drastically reduce the self-censorship among many media outlets.