LiberiaFree Expression and The Law
May 26, 2020 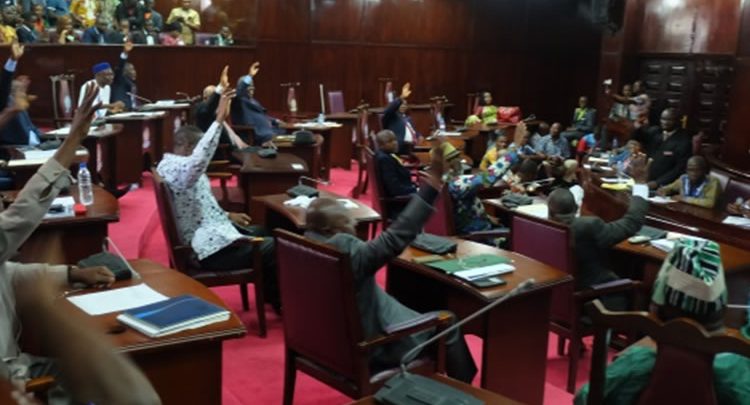 The Senate in Liberia, on May 21, 2020, adopted the recommendation of its Committee on Information, Broadcasting, Culture Affairs & Tourism that, journalists in the country should be allowed to cover the COVID-19 and go about their other duties using their existing press cards and accreditations.

It would be recalled that Liberia’s Deputy Minister for Press and Public Affairs at the Ministry of Information, Eugene Fahngon, issued an order in April mandating all journalists and media workers to acquire a government access pass to move about during the State of Emergency that had been declared a month earlier to contain the COVID-19.

Later on May 7, 2020, the Deputy Minister phoned in to a programme on the privately-owned Prime FM and further warned that any journalist found outside after 3pm without the pass would be in violation of the lockdown and, therefore, liable to prosecution.

The decision was severely criticised by media stakeholders in Liberia including the Centre for Media Studies and Peacebuilding (CEMESP), MFWA’s partner organisation in Liberia. Following an outcry, the Senate referred the issue to its relevant sub-committee.

In its report to the House, the committee said the media is playing a critical role in the fight against COVID-19, and so advised against any measure that would restrict media coverage of the pandemic. It further recommended that journalists be allowed to use their institutions’ identification cards or the PUL’s official identification cards to carry out their duties.

While Liberia’s Parliament has intervened positively to prevent any abuses of press freedom, the Parliament of Sierra Leone, on May 15, 2020, announced restrictive conditions for accreditation to cover the House, including CVs, academic certificates and at least two years’  journalism experience.

The MFWA joins its partner organization CEMESP to commend the Senate for scrapping the special Ministry of Information passes. The decision lays to rest our concern that, the new arrangement could be applied discriminately to favour pro-government media organisations and censor critical journalists.

We welcome the fact that journalists can use their existing accreditations to work, and will not be subjected to any further restrictive conditions.

The MFWA urges the Ministry of Information and the security agencies to build a mutually-supportive relationship with the media in order to enhance their respective roles in the fight against the COVID-19.

We also take this opportunity to reiterate our call on the Parliament of Sierra Leone to reconsider its new accreditation criteria.