Sierra LeoneFree Expression and The Law
May 22, 2020 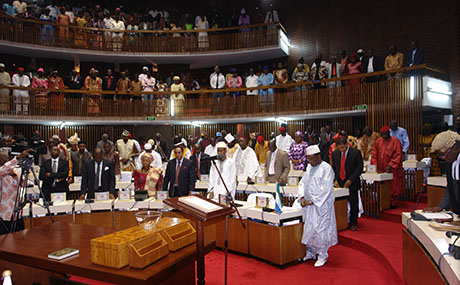 In what the Media Foundation for West Africa (MFWA) considers as an attempt to impose a new licensing regime for journalists, the Parliament of Sierra Leone has introduced burdensome conditions for accreditation to cover the House.

In a memo dated May 15, 2020, and signed by Sheku Lamin Turay, Deputy Director of Information/Public Relations for the Clerk of Parliament, journalists are required to have the following:

The media fraternity has reacted strongly to the above set of requirements. In a statement issued on May 18, 2020, and jointly signed by its Chairman, Donald Theo-Harding and Secretary, Elias Bangura, the Guild of Editors rejected all the conditions outside those normally required to practise journalism in Sierra Leone. They also demanded that eligibility should be extended to all applicants who are members of “any of the professional bodies regulating journalists in Sierra Leone.”

It is the view of the MFWA that any journalist licensed by the media regulator, Independent Media Commission (IMC) should require no further proof of qualification once their editors deem them capable of covering Parliamentary proceedings.

It is important to note that the licenses and accreditation issued by the IMC is a confirmation that the journalists concerned have the capacity, including the requisite academic training, to practise the profession. To demand CVs, academic certificates, a minimum of two years’ experience or membership of one particular media professional group, therefore, appears to be an attempt to establish a parallel licensing regime.

Any arrangement that bars editors of media organisations from assigning duly licensed journalists to cover a public institution like Parliament amounts to censorship.

We therefore urge the Clerk of Parliament to review the criteria in a way that does not interfere with Editors’ freedom to nominate any qualified journalist as their Parliamentary reporter.