The Media Foundation for West Africa (MFWA) deplores the assault on a reporter of the state-owned Daily Graphic newspaper and demands a swift and robust response from the authorities of Bright Senior High School and the police.

Students of the high school based at Kukurantumi in the Eastern Region of Ghana on August 7, 2020 brutalised Emmanuel Pacome who was covering their attack on officials of the West African Examination Council (WAEC) supervising the ongoing WASSCE examination in their school. The irate candidates assaulted the supervisors whom they accused of being too strict.

After the police were called to quell the violence, some of the students directed their anger at the journalist whom they had spotted filming their disorderly conduct.

They pursued Pacome, who, sensing danger, had decided to flee the scene. The students however crossed the  journalist at a corner outside the school and brutalised him. Pacome emerged from the attack with cuts on his head, arm and fingers. His mobile phone and bag containing his personal belongings were also seized. 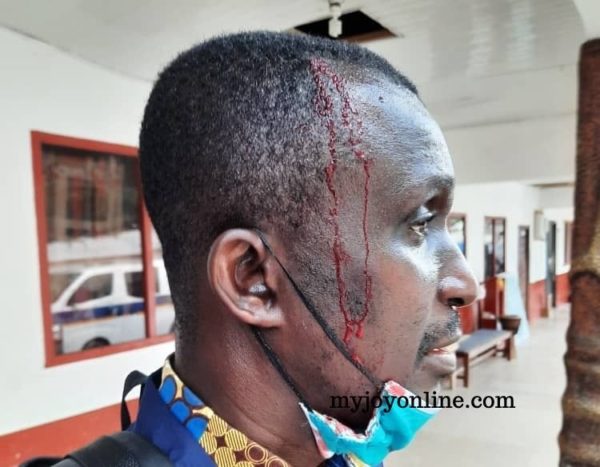 The reporter has since lodged a complaint with the Kukurantumi police station and was admitted to the Tafo Government Hospital where his cuts were stitched.

This is the third incident of assault on a journalist in Ghana in 47 days. On June 20, 2020, some political party thugs assaulted journalist Macbadara Romanus of Tizaa FM in Nalerigu, capital of the North East Region. The journalist was covering the parliamentary primaries of the ruling New Patriotic Party (NPP).

On July 6, 2020, a Deputy Organiser the NPP in the Savanah Region, Atabia Anoma Rahim, led a group of thugs to ambush and attack Abraham Ananpansah, a journalist with PAD FM in the regional capital Damango. Four days before the attack, Anoma had called to threaten the journalist over his report implicating him (Anoma) in incidents of violence at a voter registration centre.

For a country that is often cited as a model in terms of press freedom, the recent attacks on journalists is an alarming trend.

George Folley, the Eastern Regional Editor of the Daily Graphic, told the MFWA “I will be going to meet the authorities at Bright Senior High School and the police to follow up on the matter. I am also writing a report on the incident to the head office in Accra for the matter to be taken up.”

The MFWA demands full accountability for the assault on Pacome. In this regard, we urge the authorities of Bright Senior High School and the police to conduct immediate and thorough investigations into the attack and ensure that the culprits are punished. We also urge the Management of the Graphic Communication Group Limited, publishers of the Daily Graphic, to proceed with their follow-up on the matter until they secure justice for the assaulted reporter.