Remembering The Victims Of The August 23, 2012 Prisoner Executions In The Gambia 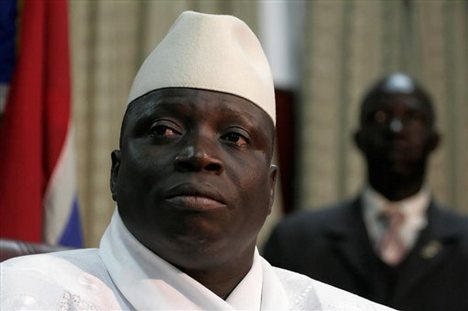 On August 23, 2012, nine death row prisoners in The Gambia were executed by firing squad. The executions, the first in 30 years, were conducted without prior notice to the prisoners, their families, lawyers or the diplomatic representatives of the two Senegalese nationals involved.

To date, the nine bodies have not been returned to their families for burial, and the location of their graves has not been disclosed.

On the 3rd anniversary of these executions, the Media Foundation for West Africa (MFWA) calls on international and ECOWAS bodies to demand that the Gambia provide answers, remedies and reparations to the victims’ families.

The lack of punitive action from the international community and ECOWAS against the regime of Gambian president Yahya Jammeh has left Gambian critics especially vulnerable. Two journalists who denounced the executions shortly after their occurrence, Babucarr Ceesay and Abubacarr Saidykhan, were arrested and released only after international pressure.  Another critic of the executions, Muslim cleric Baba Leigh, was arrested, detained and tortured for five months.

The fear of reprisals has greatly compromised freedom of expression and press freedom in The Gambia, endangering the realization of other human rights as well.

“Given the culture of impunity in The Gambia, victims of human rights violations and their families cannot receive justice unless international and regional bodies enforce sanctions for the country’s failure to comply with many treaty obligations”, said Sulemana Braimah, Executive Director of the  MFWA.

Arbitrary executions such as the nine killings of August 23, 2012, violate The Gambia’s obligations under the International Covenant on Civil and Political Rights and the African Charter.

The world must take decisive action through practical tools such as the suspension of The Gambia from intergovernmental organizations and the use of asset-freezing, travel bans and arrest warrants for individuals in the Jammeh regime.

In order to prevent future injustices, intergovernmental actors must work with civil society to hold President Jammeh, whom we call West Africa’s King of Impunity, accountable for his crimes.