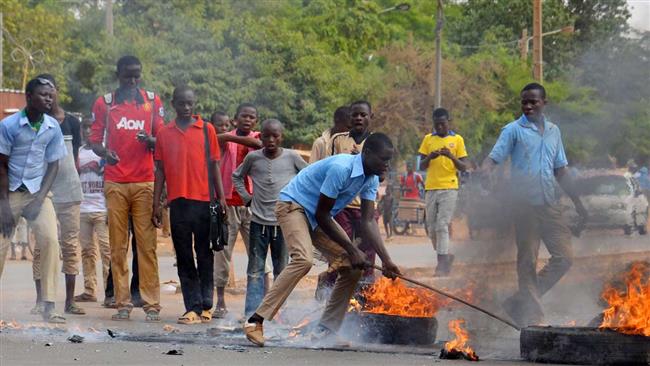 On April 10, 2017, Nigerien police killed one student and injured several others during a student demonstration in Niamey, the capital city of Niger.

The students of Abdou Moumouni University embarked on demonstrations to demand better conditions of studies. The student demonstrators erected barricades and set fire to tires to streets near the university. This resulted in a serious traffic jam.

As a way of dispersing the demonstrators, the police deployed to manage the situation, beat and threw tear gas the students resulted in many demonstrators getting injured. One student, Malah Bagalé was reportedly hit in the head by a tear gas canister (a can containing tear gas) thrown by the police. He was rushed to the National Hospital of Niamey where he later died.

The police after beating the demonstrators reportedly entered the university and assaulted and arrested several students. In a video posted on social media, some policemen were seen assaulting one of the arrested students in their vehicle. According to media reports however, three of the police officers who were seen brutalising students in the video have been arrested.

The incidents of security agents brutalising demonstrators have been on the rise in West Africa since the beginning of this year. The dead student in Niger brings to 10 the number of people who have been killed in protests by security agents in four countries from February to April 2017.

While welcoming the arrest of the three securities forces officers in Niger, the Media Foundation for West Africa (MFWA) is also registering its frustrations about the use of excessive force by police in the region on demonstrators which has already resulted in 10 deaths in four countries. We strongly condemn the brutal repression by security forces and urge authorities in the four countries to investigate the incidents and bring the perpetrators to book.

We also appeal to the security forces in the sub-region to ensure that civil liberties of citizens are respected and protected.