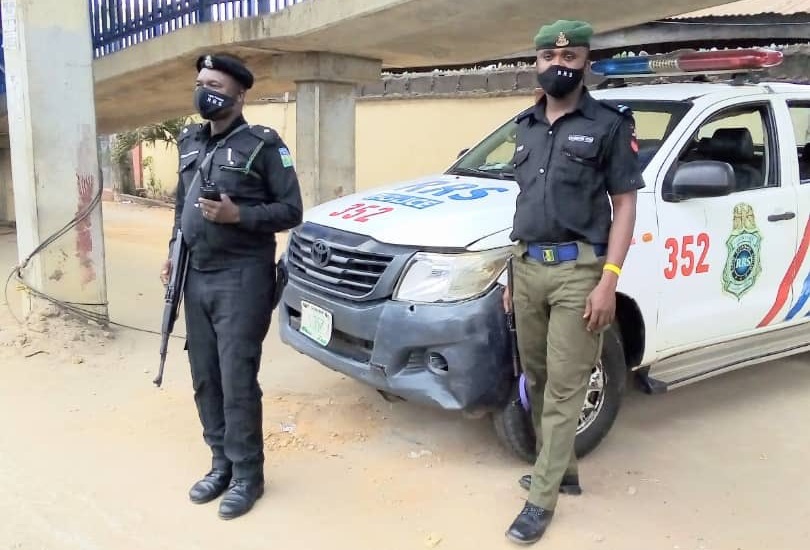 Agbaje, a. reporter with The. Punch newspaper, was reportedly assaulted and brutalized at Berger bus stop on the Lagos-Ibadan Expressway on July 20, 202,  by five police officers who were allegedly on illegal duty.

The police officers were said to be dragging and pushing a bus driver, during the time the reporter was on his way to the office. He decided to record the incident with his phone but the policemen pounced on him, punched, slapped, and handcuffed him to a bus despite identifying himself as a journalist.

The IPC described the incident as an “abominable act” by the policemen whose responsibility is to protect and defend members of the public instead of assaulting them.

In a statement by its Press Freedom Officer, Melody Lawal, the centre said, “The International Press Centre (IPC), condemns the assault on The Punch reporter, Matthew Agbaje, who was handcuffed to a commercial bus as he was punched and slapped for attempting to expose policemen on illegal duty at Berger bus stop on the Lagos-Ibadan Expressway on Monday, July 18th, 2022.

“Reports reaching the IPC Safety Alert Desk indicate that Agbaje was on his way to the office when he saw some policemen, about five of them, dragging a bus driver. He was recording the incident with his phone when the policemen pounced on him, despite showing them his identity card.

“IPC totally condemns this abominable act by security operatives who are saddled with the responsibility of protecting lives and properties. Journalists must be treated with dignity because of the important responsibility they have to the citizens and society.

“IPC is therefore calling for immediate action against the police officials involved. The Commissioner of Police should thoroughly investigate this incident and other illegal activities being carried out by police officials on that route. The perpetrators should be made to face the appropriate punishment for their actions.”

A regional quarterly report on Freedom of Expression (FOE) by the Media Foundation for West Africa (MFWA), published by SaharaReporters in May 2022 showed that Nigeria recorded 5 cases of freedom of expression violations.

It put Nigeria in second place behind Ghana as the most repressive country in West Africa during the first quarter (Q1) of 2022.

The report which covered January-March 2022, showed that Nigeria recorded three physical attacks on journalists and two attacks on media houses. These violations were classified under Arrest/Detention and Seizure/Destruction of property.

Also, a report jointly produced by the MFWA and the Nigeria Union of Journalists (NUJ) in 2021 showed that Nigeria recorded over 300 press freedom and freedom of expression violations during the first four years of President Muhammadu Buhari’s administration.

It is worrisome how Nigeria and the troubled Guinea Bissau found themselves in the same position on violation of freedom of expression, even without a war going on in the country.

Meanwhile, Ghana recorded 11 violations to rank first as the West African country with the highest cases of press freedom and freedom of expression violations during the period under review.

Journalists in Nigeria and many other West African countries experience attacks and intimidation by security agencies including police, and the military.

On October 20, 2020, during the nationwide #EndSARS protest in Nigeria, operatives of the Nigeria Police Force and military officers physically assaulted and damaged the gadgets of journalists in Lagos, Abuja and some parts of the country.

Similarly, on October 20, 2021 journalists, including one Daily Post correspondent, Sikiru Obarayese, were physically assaulted at the Lekki Toll Gate by the police.