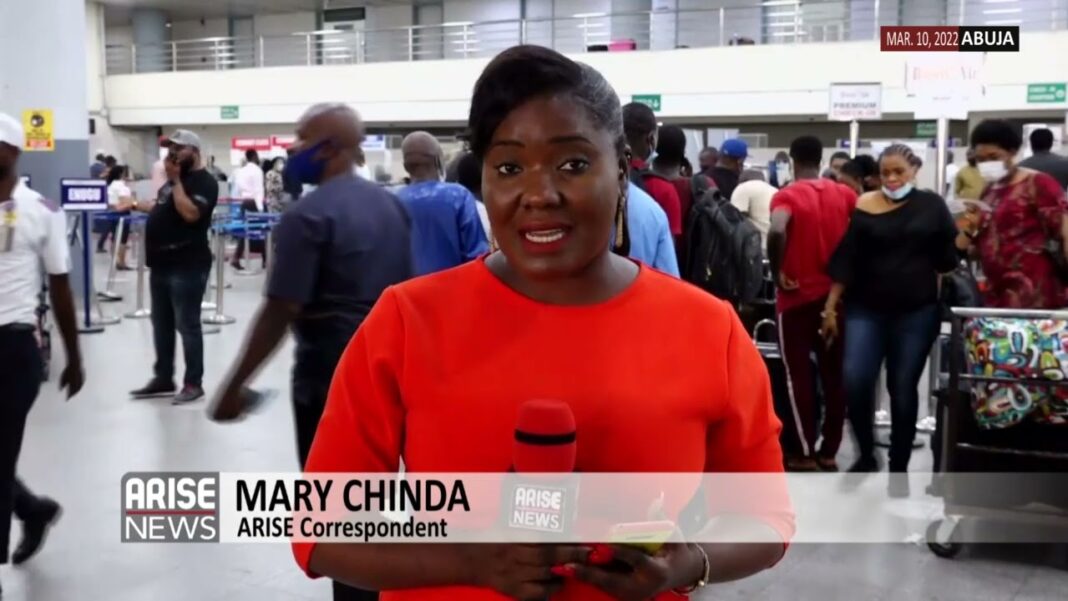 On November 9, Mary Chinda, a journalist with Arise News, a privately owned television station, was injured after armed thugs attacked the convoy of Atiku Abubakar, the presidential candidate of the Peoples Democratic Party in the forthcoming 2023 elections in Nigeria.

The attack took place in Maiduguri, the capital of Borno State in northeast Nigeria and the epicentre of the Boko Haram terrorist group.

It was not clear whether the incident was linked to terrorists, but the state police command said it has arrested a suspect in connection to the attack.

The Inspector General of Police, Usman Alkali Baba, also said a team is being set up to thoroughly investigate the attack.

The Media Foundation for West Africa learnt the attack occurred when Atiku was going to his campaign venue after a visit to the palace of the Shehu of Borno, Alhaji Abubakar Umar Garbai Alkanemi, to pay homage to the monarch.

It is customary in Nigeria for persons seeking political offices to visit and seek the support of monarchs of towns and cities where they are campaigning.

As soon as Atiku’s convoy left the palace, it was reported that it ran into a crowd of armed thugs, who pelted the convoy with stones, sticks and other weapons.

More than 70 persons were reportedly injured while many vehicles were vandalised, according to Dino Melaye, the spokesman of the PDP Presidential Campaign Council. The police have disputed this figure.

Chinda, the Arise TV journalist, narrated she escaped death by a whisker but sustained muscular injuries.

“In a bid to escape the aggressive and rowdy crowd, I hurried into a Marcopolo luxury bus that carried the [PDP] national women leader and other party officials.

“As we moved, stones and what sounded like dane guns were pelted at our bus. I lost balance and tripped over as the driver swerved the car to get us to safety.

“I went blank and lost consciousness for a split second, until I was revived by Mr Osaro and Mr Mohammed from the medical team of the presidential campaign council, who provided first aid,” She said.

MFWA condemns in its entirety the attack on Chinda and other journalists in the convoy of the presidential candidate. We urge the Borno State government and the security agencies to swiftly conduct an investigation towards identifying and bringing the perpetrators to justice.

MFWA has observed that hoodlum attacks on journalists in convoys of political figures are fast becoming a tragic trend in Nigeria.

On October 17, Atiku’s campaign train came under a similar attack during his campaign in Kaduna, northwest Nigeria. No journalist was reported injured though.

On June 19, armed thugs, in broad daylight, attacked a bus conveying the press crew covering the office of Babajide Sanwo-Olu, the governor of Lagos State in southwest Nigeria, leaving many journalists injured.

Two journalists were more severely wounded than others: Adeola Ogunrinde of Western Post, an online newspaper, and Omatseye Atsenuwa of Smooth 98.1FM, a privately owned radio station. Ogunrinde was injured in the face while Atsenuwa’s arm was hit by a stone thrown by the attackers. Another journalist, Adedoja Salam of Television Continental, was reported to have been affected.

The incident occurred ahead of the president’s visit to Daura, his hometown. No journalist was reported injured in the accident. However, two officials whose identities were not revealed were seriously injured during a gun battle and hospitalised.