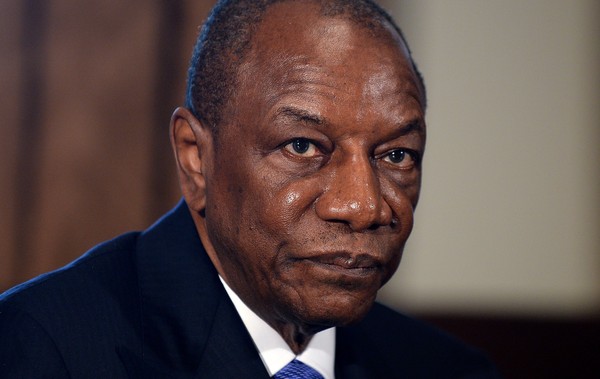 How to navigate around the “honour and dignity” of President Alpha Condé in the line of one’s duty as a journalist or political player in Guinea is becoming an increasingly tricky affair. It is a challenge that has cost journalists and citizens their personal liberties and physical integrity.

In less than a year, four media professionals have been suspended in Guinea, one has been attacked, another convicted alongside a citizen, with one opposition Member of Parliament also sentenced. All but one of these violations involved people close to President Alpha Condé claiming to be reacting to alleged affront to the head of state.

The latest case in a recent trend of “lese majesté” (insult to the king) accusations was against a Member of Parliament of the opposition Union des Force Démocratiques de Guinée (UDFG) party, Ousmane Gaoual Diallo.

Ousmane Diallo was arrested on August 2, 2016, after three members of the ruling coalition alleged at a press conference on that day that he had insulted President Condé at a UDFG party meeting. The three, including Presidential Secretary, Sanoussi Gbantama Sow, also claimed that the parliamentarian had issued threats against them and their families.

Despite enjoying immunity as a Member of Parliament, Diallo was detained for three days before being handed a two year suspended sentence and a fine of one million Guinea Francs, (about US$125) on August 12 for “insulting the head of state.”

Prior to the opposition MP’s troubles, a newspaper reporter with the private weekly Le Populaire, was brutalised by a group of presidential guards for taking a photo of the president. The head of state was leaving the headquarters of the ruling RPG Arc-en-Ciel party in Conakry after a meeting when the reporter took the picture. The guards saw this journalistic routine as an affront, and so they pounced on the innocent journalist, beating him with their fists and the butts of their rifles. The camera and recorder of Malick Diallo were destroyed in the process.

Three days before Malick Diallo’s ordeal (June 22, 2016), the presenter of a popular radio programme on Milo FM, Bouya Kebé, was sentenced to a fine of one million Guinean Francs (about US$ 125) after a listener called into his programme to make a remark that was judged by a provincial governor to be insulting of President Alpha Condé.

President Alpha Condé himself may have set the tone for his proxies when he summarily suspended the Managing Director of the Guinean Radio Télévision Guinéenne, RTG, Yamoussa Sidibé and three other top officials of the state broadcaster on October 20, 2015, following a poor TV transmission of an event related to him.

The live telecast of the ceremony to declare provisional results of the polls that re-elected President Condé was marred by unstable images and poor sound quality. Despite the well-known technical and resource challenges of the state broadcaster, the President judged the botched transmission as an act of sabotage. The sacked officials were only reinstated three months later.

President Condé’s personal involvement in one of the above acts of violations against media professionals and citizens is unfortunate; the association of his name, with the other violations, is no less disturbing.