Another Journalist Killed in Nigeria 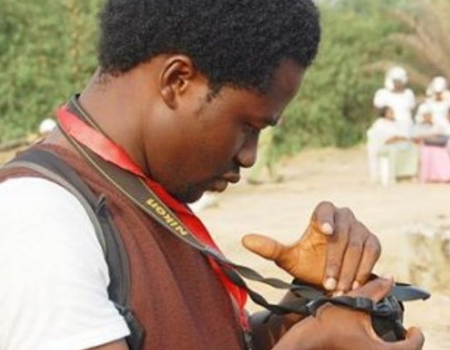 In the third of such tragic incident in Nigeria since the beginning of 2017, unknown gunmen shot and killed a journalist working with the Anambra Broadcasting Service (ABS).

Ikechukwu Onubogu, a cameraman with ABS based in the state capital Awka, was found dead, four days after he was reported missing by his family.

According to the Premium Times newspaper, Onubogu on November 12, 2017 picked his camera and left home in response to a phone call from an unknown person.

After failing to return home or report at the office the following day, Onubogu was reported missing by his distraught family. The police found him dead with bullet wounds after four days of search on November 15, at Obosi, Idemili North, near Onitsha.

The remains of Onubogu who is said to be in his late fifties, have been deposited at the Amaku Teaching Hospital in Awka.

In a statement on Friday, Uche Nworah, the Managing Director of ABS, said “The horrific death of our beloved and hardworking staff, Onubogu, has thrown the entire ABS family into mourning.” He said Onubogu’s death was a reminder of the dangers journalists face in the course of their work.

The Anambra State Police’s Public Relations Officer, Nkeiru Nwode assured Onobogu’s family and the public that the police would spare no effort in tracking down the killers of the journalist.

This incident brings to three the number of journalists murdered by unknown attackers in Nigeria since the beginning of the year.

On July 8, 2017, Lawrence Okojie who works with the Nigeria Television Authority (NTA) in Edo State, was killed by unknown gunmen near his home as he was returning from work. Earlier on April 16, Famous Giobaro, a desk editor with the state-owned Glory FM in Bayelsa State, was also shot dead by unknown assailants at his residence.

The MFWA is deeply concerned about the spate of killings of journalists in Nigeria and the impunity with which they have been carried out so far. These killings have the potential to intimidate journalists not only in Nigeria, but across the sub-region, thus hampering the media’s watchdog role and perpetuating impunity.

In a press statement marking the International Day to End Impunity for Crimes against Journalists, MFWA’s partner organization in Nigeria, the international Press Centre, (IPC) “called on the Police authorities to make public disclosure on what has been done so far towards unraveling the mystery behind killed journalists in Nigeria.”

We reiterate the IPC’s call on the Nigerian authorities to unravel the recent wave of lethal attacks on journalists to prevent mass self-censorship which would leave anti-social elements with a field day.