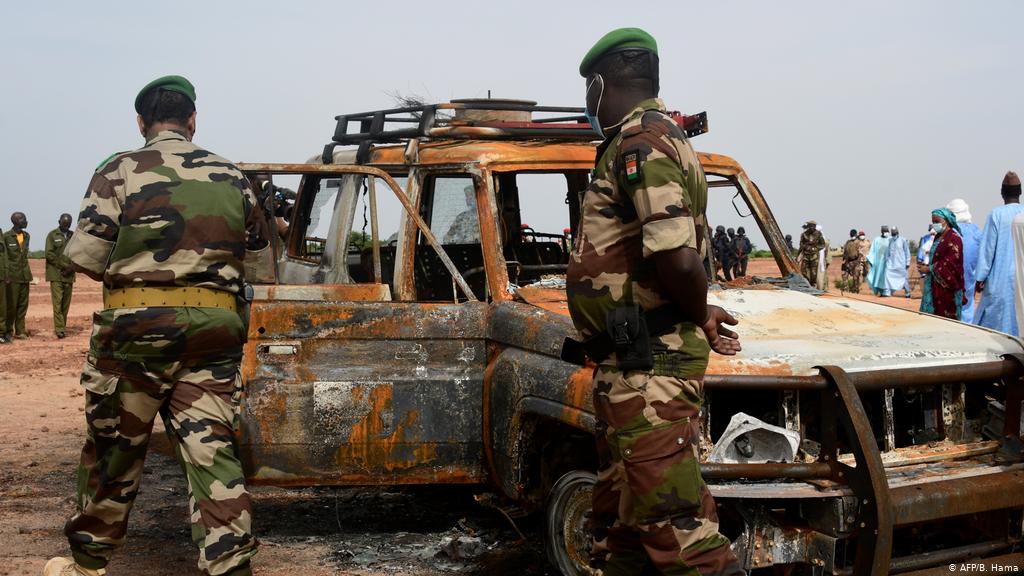 Of the eight regions in Niger, four, namely Tillabery, Tahoua, Diffa and Maradi are affected by insecurity linked to attacks by terrorist groups in Niger, since the invasion by armed groups from northern Mali.

Working as a journalist in this context is a real challenge as mobility and access to information are restricted due to the security measures taken by the government.

The state of emergency that was declared as part of efforts to tackle the security crisis gives special powers to the security forces in their zones of operations. Notable among them is the power to order house searches or decide on the movement of the population in the affected areas. The enforcement of these special powers militates against the research, collection, processing and dissemination of information, especially since the populations are reluctant to express themselves on the security issue out of fear. The fear of offending the defense and security forces and on the other hand, of becoming the target of armed groups who carry out targeted attacks against populations who denounce them.

Quest for information in the context of insecurity

According to Ismael Saloua, an expert on security and media issues, ” journalists must have credible local sources in dangerous areas which they cannot access for security reasons to give them information.” Still according to Saloua “the journalist must have a contact list in the affected regions which can provide him with information if necessary”.

When the journalist decides to go out into the field, he or she must do so under protection or adopt some basic security skills.

For Lawan Boukar, correspondent for DW in Niger, collecting and processing information in a security crisis situation is very complex. “Journalists are faced with problems accessing sources of information. The defense and security forces do not give information. Often, we have to resort to local sources, that is to say information that comes to us from the populations”, Boukar stressed.

Another difficulty often encountered by journalists working in conflict zones is the confirmation of certain information. After the attacks, the local assessment can sometimes be different from that given by official sources. “I can cite as an example, an attack carried out by Boko Haram in 2018 in Bosso, which resulted in a hundred terrorists being killed and injuries on the side of the defense and security forces, according to local sources. The official statement from the authorities however reported 43 terrorists killed,” recalled journalist L Boukar.

In 2017, after the attack on Karamga Island (an attack that claimed many lives in the national army), ‘‘it took more than 72 hours for the government to establish the death toll. Meanwhile, 24 hours after the attack, we had the toll from local sources, ” he added.

What does it take to report in conflict zones?

Journalists deployed in these areas are sometimes tagged as accomplices of the security forces and, sometimes, as conspiring with armed terrorist groups. You have to be very seasoned and have a lot of patience to work as a journalist in insecure areas.

“In conflict zones, you should never move or be transported by the Defense and Security Forces in search of information; always use private vehicles to travel outside the villages. It is a way of having the confidence of the people,” advises Boukar, the correspondent of the Kalangou studio.

He adds that one must “use anonymity during interviews in order to reassure those being interviewed, especially when one knows that even the population is not immune from the abuses of Boko Haram and other terrorists”.

In addition to this, journalists working on insecurity issues related to terrorist attacks face several cases of denial of information from some authorities.

In Niger, despite the difficulties in accessing information sources, the authorities in charge of the defense ministry have shown their readiness to work with all the actors to facilitate the work of the media. Several meetings brought together security forces, civil society and the media to facilitate communication in times of crisis.

These initiatives were aimed at finding a suitable mechanism that could lessen the persistence of attitudes of mistrust. Journalists and the media are seen in this context as active and strategic players.

“Niger and the West African sub-region have been facing multiple security challenges for several years. In this context, the media are strategic players and their role is decisive in handling security information,” noted Ibrahim Harouna, Chairman of the Board of Directors of the Maison de la Presse.

However, in the face of a multifaceted security crisis, several obstacles hinder collaboration between the Defense and Security Forces (FDS) and media actors.

“The persistence of attitudes of mistrust between the SDF and media players calls for a reflexion on how to collaborate in order to benefit from the interface and complementarity of the two institutions, so that the population can be informed with professionalism and responsibility on issues of security and defense,” noted Abdoulrazack Idrissa, president of the Association of Journalists for Security and Migration.

To this end, the association recognises the facilitation of exchanges between the Defense and Security Forces (FDS) and media actors as key to finding means of collaboration.

For Abdoulrazack Idrissa, who cites the results of a recent survey, “notable among the factors that make this collaboration difficult is the mutual ignorance of the roles and responsibilities of the actors and the low level of understanding of the factors of insecurity that have become very complex and varied. However, the two players now, more than before, have common issues that they must resolve together: fakes-news and information on social networks”.

The Defense Forces are very wary of journalists and the media, who for them are in a rush for information and indulge in sensationalism, just for the scoop. For the security forces, these attitudes are especially detrimental to the efforts of defense and security actors and do not always correspond to their principles and operating rules. Here are some recommendations:

To journalists and the media

To the authorities and security forces