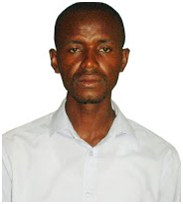 Thirty-four prominent freedom of expression organisations around the world have joined the Media Foundation for West Africa (MFWA) to demand justice for the murder of a Sierra Leonean journalist Ibrahim Foday.

Foday was murdered four years ago, on June 12, 2011, when he was covering a violent clash over a land dispute between Grafton Town and Kossoh Town for the privately-ownedExclusive Newspaper. In November 2012, a suspect, Tunde Williams, was arrested and charged with Foday’s murder; however, the trial has not progressed since then. Williams is currently out on bail, and the judiciary has yet to select a panel of jurors to hear the case.

Foday’s family has waited four long years for justice. His children Joyce Foday and Joseph Dianni Foday have lamented to the MFWA how difficult their lives have been following their father’s murder. “We need help,” said Joseph. “I need justice to prevail for my late father and we are calling on the human rights and media rights groups to come to our aid.”

In order to push the justice process forward, the MFWA and 34 organisations petitioned President Ernest Bai Koroma and other stakeholders on the fourth anniversary of Foday’s death. The MFWA also hopes this plea more broadly helps to promote press freedom, protect the safety of journalists, and continue the fight against impunity in Sierra Leone and the rest of West Africa.

Please find the MFWA’s joint petition and signatories below.

President of the Republic of Sierra Leone

The Media Foundation for West Africa (MFWA) along with the undersigned members of IFEX, the global network of organisations dedicated to promoting and defending freedom of expression worldwide, write to you regarding the case of the murdered journalist, Ibrahim Foday.

Foday was killed four years ago today on 12 June 2011 at the age of 38 while reporting for the privately owned Exclusive Newspaper near Grafton in the outskirts of Freetown.This incident took place during a violent clash over a land dispute between Grafton Town and Kossoh Town, which the journalist was covering. Prior to Ibrahim Foday’s death, he published a series of critical articles about the dispute, to the apparent chagrin of the residents of Kossoh Town.

Initially, the Sierra Leone Police Force arrested a police officer and Victor Haffner, a Kossoh community leader, in connection with Foday’s murder. Later, both were released and Tunde Williams, Haffner’s driver, was arrested on 3 November 2012 and charged with the crime.

However, nearly three years after Williams was arrested and charged, no further progress has been made. We understand the case is being tried at the High Court of Sierra Leone by Justice M.A. Paul, and the matter has come up for hearing before him more than seven times without proceeding. The judiciary has yet to even select a panel of jurors to deliberate on the matter.

Foday’s children, Joyce Foday and Joseph Dianni Foday lamented how difficult their life has been following their father’s murder. “We are seriously suffering in terms of education”, Joseph told our Sierra Leone correspondent. “Our grandmother is a retired worker and she cannot afford to take care of our education. We need help. I need justice to prevail for my late father and we are calling on the human rights and media rights groups to come to our aid.”

Jestina Kumba Wainday, Foday’s mother, who resides in Kenema, eastern Sierra Leone, told the correspondent that travelling from Kenema to Freetown to attend court is “frustrating”. “I spend a lot of resources anytime the matter comes up for hearing yet the case does not go anywhere,” she told the correspondent.

Your Excellency, when perpetrators of freedom of expression violations go unpunished, it fosters impunity and removes a major deterrent—criminal sanction—to the commission of deadly crimes. Specifically, the failure to hold murderers accountable for killing journalists has a chilling effect on freedom of expression. Due to the important role of press freedom in promoting good governance and democracy, justice must be served for Foday, and impunity for crimes against journalists must end.

The undersigned organisations commend you on the improvements in the media environment in Sierra Leone since you assumed office in 2007. We are also aware of your personal interventions to promote media development and professionalism among the Sierra Leonean media.

However, four years is too long to wait for justice and this delay in Foday’s case has only increased the hardship faced by both victims and the accused. With this letter, we appeal to you to intervene in this matter and ensure that the stalled process moves forward to achieve justice for Ibrahim Foday’s death and closure and peace of mind for his family.

Institute for the Studies on Free Flow of Information, Indonesia