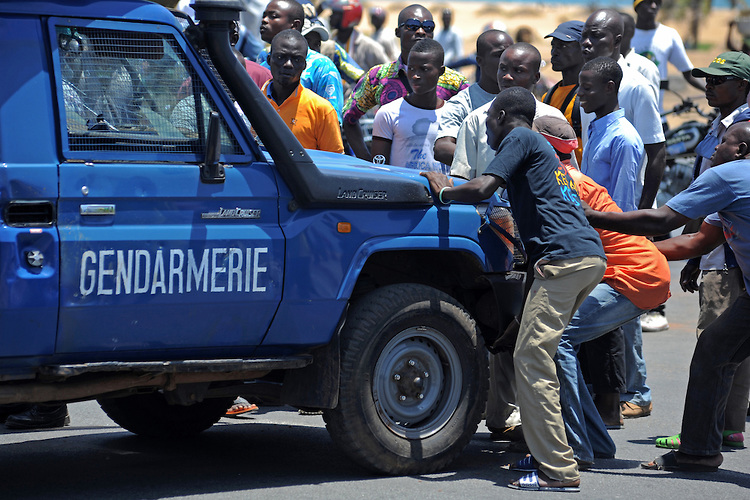 There has been a bloody crackdown on peaceful anti-government protesters in Togo, with the opposition reporting seven deaths, while official sources report two fatalities.

The simultaneous protests were held on August 19, 2017 in four cities across Togo – Sokode, Kara, Anie and Lome – to demand term limits on the presidency and an end to the “Gnasingbe dynasty.” President Faure Gnasingbe is serving his third term after succeeding his father, Gnasingbe Eyadema, who ruled for 38 years.

The police used lethal force to disperse the thousands of demonstrators. They also injured and arrested many of the protesters including Sama Kossi, the Secretary General of the opposition Pan African National Party, (PNP).

In a statement, the security ministry said two civilians were killed in Sokode and 12 gendarmes were wounded.

However, Tikpi Atchadam, President of the Pan-African National Party put the death toll at seven.

“Police shot and killed seven innocent civilians in Sokode over 300 kilometers from Lomé who were protesting over the way one family has been ruling the country for over fifty years. From the father to the son; it’s like a family property and we are ready to resist that this time,” Atchadam said at a press conference on Saturday night.

The Minister of Territorial Administration, Payadowa Boukpessi, tried to rationalise the police violence by claiming that “the demonstrators were armed with stones, knives and cutlasses. They were attacking the security forces who were there to provide them security.”

Meanwhile, the Togolese League for Human Rights, at a press conference on August 20, blamed the government for the crackdown which it believed was “premeditated.”

“We demand that the perpetrators of these killings do not go unpunished and that the people who have been arrested are released immediately, and we maintain that this repression was premditated.”

This is the second time in six months that police brutality has resulted in the deaths of protesters. On February 28, 2017, one person was killed when the police tried to break up a demonstration by taxi drivers and commercial motorcycle riders in Lomé.

The MFWA condemns the attacks on peaceful demonstrators. It is a flagrant violation of citizens’ right to peaceful assembly which must not go unpunished. We therefore call for thorough investigations to identify the perpetrators for appropriate retribution.